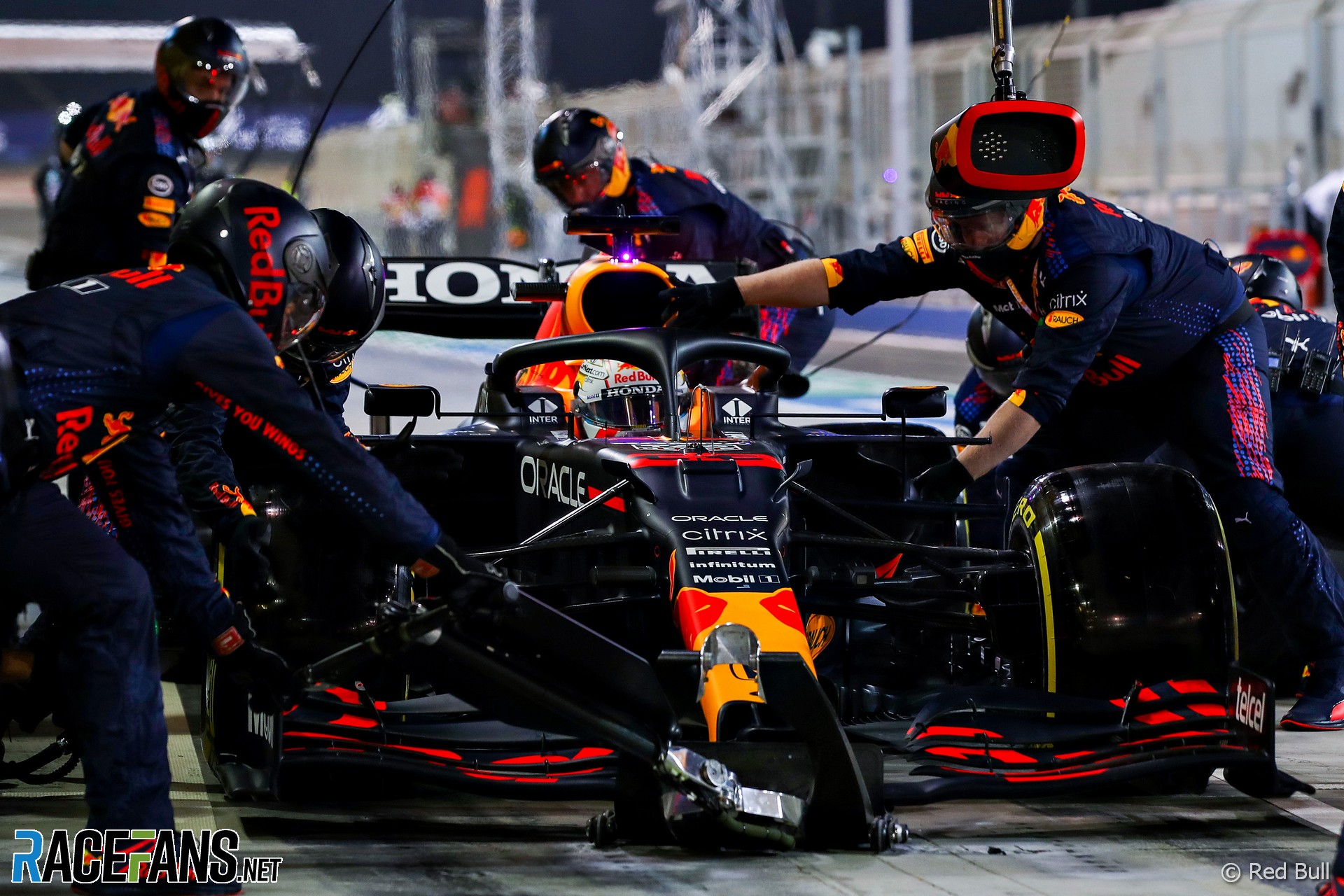 Red Bull stood by their strategy for the Bahrain Grand Prix after their chance of victory with Max Verstappen fell into the hands of rivals Mercedes.

Verstappen led the opening stages of the race from pole position, but fell behind Lewis Hamilton after the Mercedes driver was the first of the pair to pit.

Red Bull also brought Verstappen in later than Hamilton for his second pit stop, as the team sought to ensure he would have much fresher tyres for the final stint, allowing him to catch and pass the Mercedes driver. He succeeded in doing so, but was told to relinquish the position to Hamilton as he had run off the track at turn four while overtaking his rival.

“No, I wouldn’t say we were caught by surprise,” said Monaghan. “Yes, we could have stopped Max earlier for the second stop. But then you [would] catch Lewis with slightly older tyres. So equally he could have stopped later and had a race tyre advantage.

“So our stints were more even and we had a pace advantage at the end. [We] got past him once and then couldn’t get close enough again. So I don’t know if it slipped away, we more played our cards differently.

“In the end, running past a kerb by two metres, we had to give the place back and that’s it. So the car was capable of being quicker over the race.”

Following the race Verstappen said the team had paid the price of allowing Mercedes to claim track position over them.

Monaghan took encouragement from the result, saying it proved Red Bull have a realistic chance to win the championship.

“The disappointment within the garage is palpable,” he said after the race, “yet we’re disappointed to be in second place. There are many people in the paddock who would give up an awful lot to have a trophy and 18 points in one drivers.

“We had pole, we’re quick, they’re going to have a fight on their hands, as are we throughout the season. So when one overcomes the initial disappointment, we’ve got a quick car, we’ve got a motivated pair of drivers and we get another go in Imola. And if we win it, this will be forgotten and we’ll just review it as history and we have to move on.”

“The prize at the end of the year is is very much within the grasp – at the moment – of ourselves and Mercedes,” he added. “Others will challenge.

“It gives you the realisation that we can challenge for this. We’ve got a fast car and we’ve just got to pick ourselves up from this one.

“As I say, we’ve got second place and we were fighting for the victory. It’s not as if we’ve been left behind. Everything’s motivated and – come on – there’s a championship to have here so let’s get on with it.”