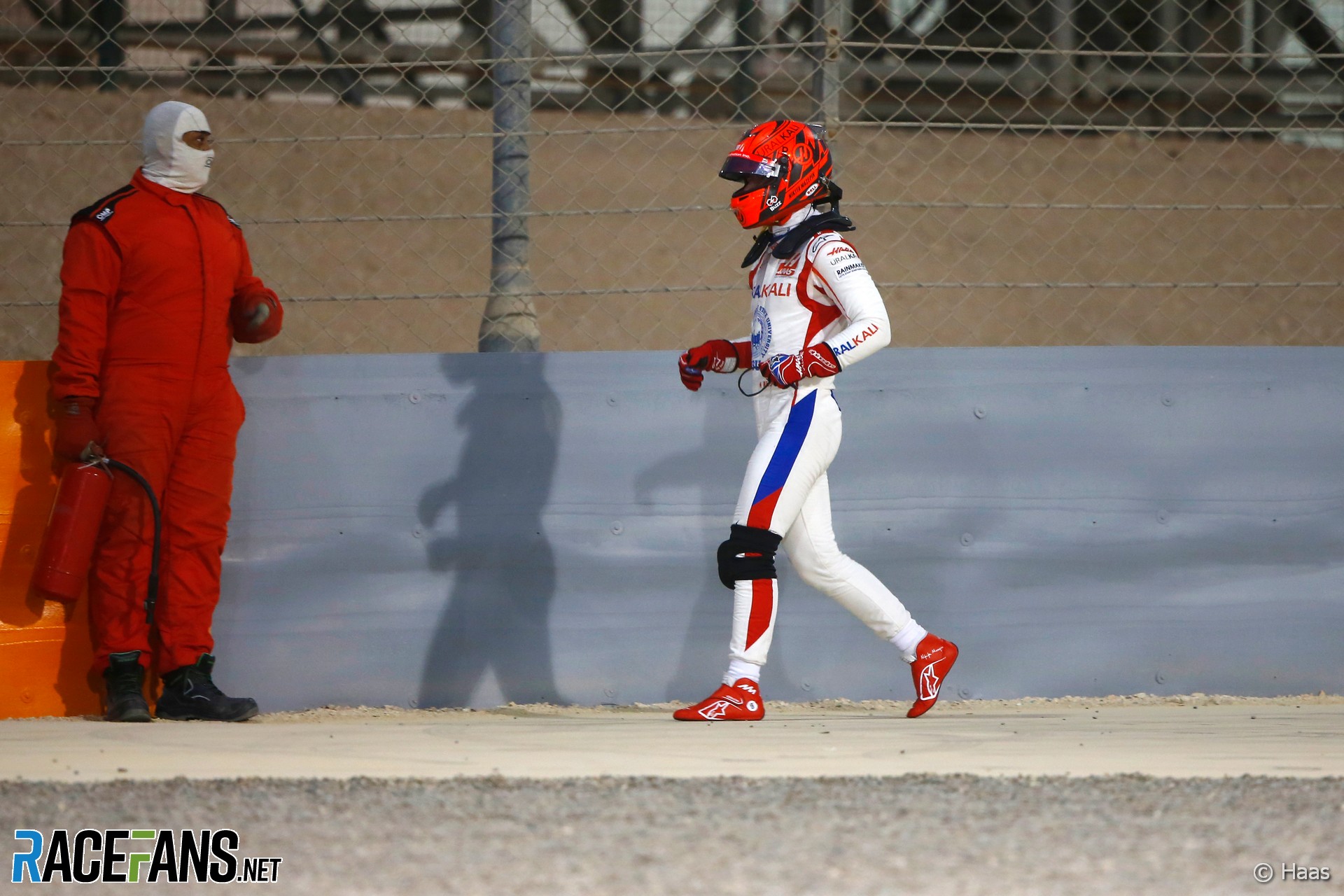 Three drivers made their grand prix debuts in yesterday’s Bahrain Grand Prix, and while two of them saw the chequered flag, the other had the shortest introduction to F1 for nearly two decades.

Nikita Mazepin lost control of his car at turn two on the first lap of the race, smacking a barrier, damaging his Haas VF-21 and ending his involvement in proceedings.

We haven’t seen a driver retire on the first lap of their first race since the crash which wiped out eight cars at the start of the 2002 Australian Grand Prix. Felipe Massa and Allan McNish, making their debuts for Sauber and Toyota respectively, were both among those eliminated at turn one.

Since then a couple of unlucky rookies have gone out on the second lap – Karun Chandhok in 2010 and Andre Lotterer in 2014 – but no earlier. Two others reached the finish on their debuts but were disqualified: Robert Kubica in 2006 (his car was underweight) and Sergio Perez in 2011 (illegal rear wing dimensions).

Mazepin’s team mate Mick Schumacher was one of the two debutants who reached the chequered flag. His father had a famously short debut in the 1991 Belgian Grand Prix – his clutch failed and he came to a stop at the top of Raidillon.

The third rookie, Yuki Tsunoda, not only reached the finish but scored points for ninth place. As was widely pointed out elsewhere, this made him the first Japanese driver to score points on his debut. But it’s a misleading statistic, owing to changes in the points system over time.

His predecessors Noritake Takahara (in 1976), Kunimitsu Takahashi (1977) and Kamui Kobayashi (2009) all finished ninth on their debuts, but did not score points. Two others did even better, opening their careers with seventh-placed finishes. These were Satoru Nakajima with Lotus in 1987 and Shinji Nakano for Prost in 1997, both of which would have scored six points today, but got nothing at the time.

Max Verstappen took pole position for Red Bull with the slowest pole-winning lap time in Bahrain for five years – before F1’s current wider cars were introduced. It was a promising sign for Red Bull, however, as this was their first back-to-back pole positions since the V6 hybrid turbo era began in 2014. During that time Ferrari has been the only team besides Mercedes to take pole twice in a row.

Verstappen couldn’t keep Lewis Hamilton from victory in the race, however, and the Mercedes driver took his 96th career win. Intriguingly, while Hamilton has 98 pole positions, in the last seven races he’s taken two poles and six wins. At this rate, he might reach 100 victories before he gets to a century of pole positions.

His team mate Valtteri Bottas scooped the fastest lap, the 16th of his career, but was unable to take what could have been his third consecutive victory in the season-opening race.

F1’s new season began at its third different circuit in as many years. That last happened in 1980-83, when F1 had four different venues for the curtain-raiser: Argentina, USA, South Africa and Brazil. Note that South Africa should have opened the 1981 season, and did hold a race, but was not given world championship status due to a political row.

Two new team names appeared on the grid. Aston Martin scored their first point courtesy of Lance Stroll’s 10th place, though their previous incarnation would have done under the current system. Roy Salvadori took sixth at Aintree and Monsanto Park in 1959, the last season when only the top five scored points.

Alpine failed to score at all. As the only Renault-powered team left in the championship, that ended the French engine manufacturer’s 39-race run of scoring points.

Have you spotted any other interesting stats and facts from the Bahrain Grand Prix? Share them in the comments.