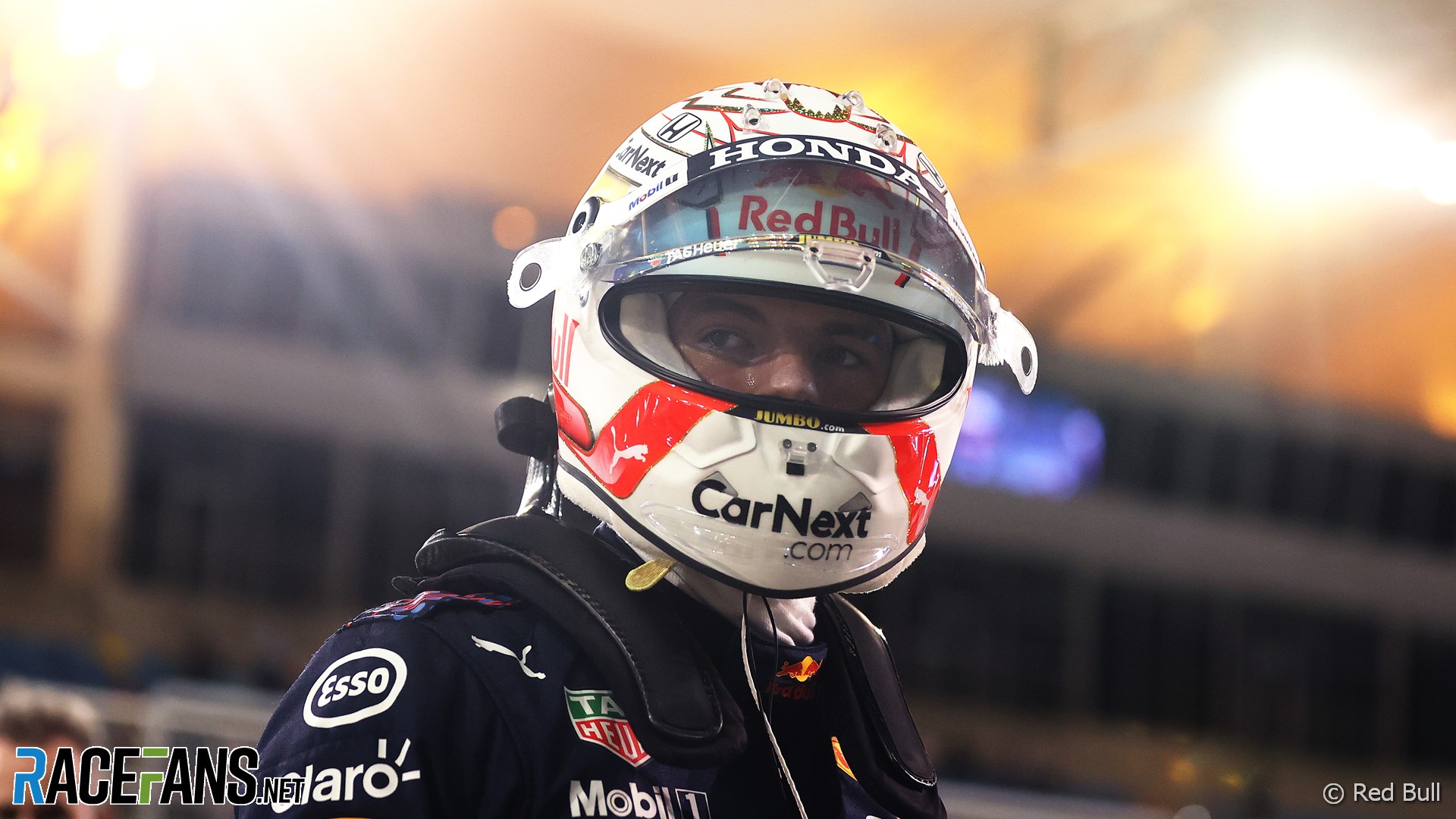 The championship fight which was teased throughout the build-up to the new season has crystallised on the front row of the grid for the Bahrain Grand Prix.

Red Bull’s Max Verstappen beat world champion Lewis Hamilton to pole position by just under four-tenths of a second. It was a near-reversal of the situation last year, where Hamilton took pole and Verstappen was four-tenths behind in third.

With 22 more races to follow this one, we should be wary of investing too much significance in the first round of many. But it’s clear the fairly minor changes in the regulations over the off-season – certainly compared to what’s coming next year – has had a profound effect on the competitive order.

All the teams are slower than they were in Bahrain four months ago. But the key change as far as the championship is concerned is that Mercedes have lost over two seconds to Red Bull’s 1.3.

Hamilton suspects Red Bull will at least sustain that pace advantage in the race. “I think they’ve got the pace gap they have today, usually they carry that through into the race,” he said.

“They’re very strong in the race conditions. I’d like to think that we can close up a little bit, but I think they’ve still got at least two tenths in hand.”

Friday’s running suggested the two teams were closer on lap times over longer runs. But Hamilton said that isn’t the case “from the information that I’ve been given and from what I can see.”

“Our balance wasn’t really that spectacular, but it wasn’t the worst, driving,” he said. “It was just if you put all the workings out, it looked like it was a couple of tenths difference between us.

“But we’ll see. It definitely didn’t look terrible, and it was a lot better than what I thought was going to be in testing.”

One weakness Red Bull had last year has persisted into the first race of the new season: they still look like a one-car team. Sergio Perez failed to accompany Verstappen into the final round of qualifying, though to be fair his 0.3 second deficit to his team mate in Q2 is less than what was typical of his predecessor last season, and this was only his sixth day driving the car.

Still, it leaves Verstappen up front without a wingman, with two Mercedes potentially able to exploit different strategies to put pressure on the Red Bull. Unless, of course, Perez can make rapid progress through the seven cars which separate him from the leading trio.

That will likely be quite a bit harder than last year as the midfield has got a lot quicker since the last Bahrain Grand Prix. Red Bull was the only team within a second of pace-setters Mercedes in Bahrain last year. But this weekend three other teams besides Mercedes are as close to Red Bull – McLaren, Ferrari and AlphaTauri – and five of their six cars line up in front of Perez.

The speed of the midfield leaders will have another bearing on the race. Last year whichever of the two Mercedes drivers was typically leading a race left the field behind so quickly they could pit for fresh tyres and come out in clear air. It may take longer to get the necessary lead this year and the cars they emerge behind will be quicker.

That could make for some tricky strategy calls. But realistically it’s less likely to be a problem at Bahrain – where long, wide straights aid overtaking – than at narrower, twister circuits like the next one on the calendar.

With limited testing data on the new cars and revised tyres, the Bahrain Grand Prix is going to be a race of discovery. That will be more so for some drivers than others. Fernando Alonso – back in F1 after a two-year absence and, as his qualifying performance showed, clearly as sharp as ever – is approaching the race less in terms of the result he can get out of it than the information he can glean.

“Tomorrow we will have a rough idea on what we want to do, how many stops we want to do, which laps we want to do,” he explained. “From my side, I will like to do a good start, a good first lap with no incidents, try to have a clean race and then executing those tyre management and those pit stops the best way I can.

“Because I need that information. I need to do 15, 20 laps with each of the compounds and feel how the degradation is going, how it keeps changing the balance, how to manage those tyres.

“There are a lot of things that some of the people around me on the grid have much more knowledge right now to start the championship. And I want to have those lessons in the pocket tomorrow night when you finish the race.

“So if that’s enough to finish seventh, fantastic. If it’s 11th, okay. If it’s 15th, okay as well. But I need that information tomorrow night.”

But for the occupants of the front row, this race is about who draws first blood in the championship fight. Curiously, Hamilton hasn’t started a new season with a win since 2015. But Red Bull are eyeing their first shot at victory in a season-opener for a decade.

Almost everything so far this weekend points to them achieving it.

Red Bull have looked on course to win all weekend – will Mercedes deny them on race day? And who have you got your eye on for the season-opening race?