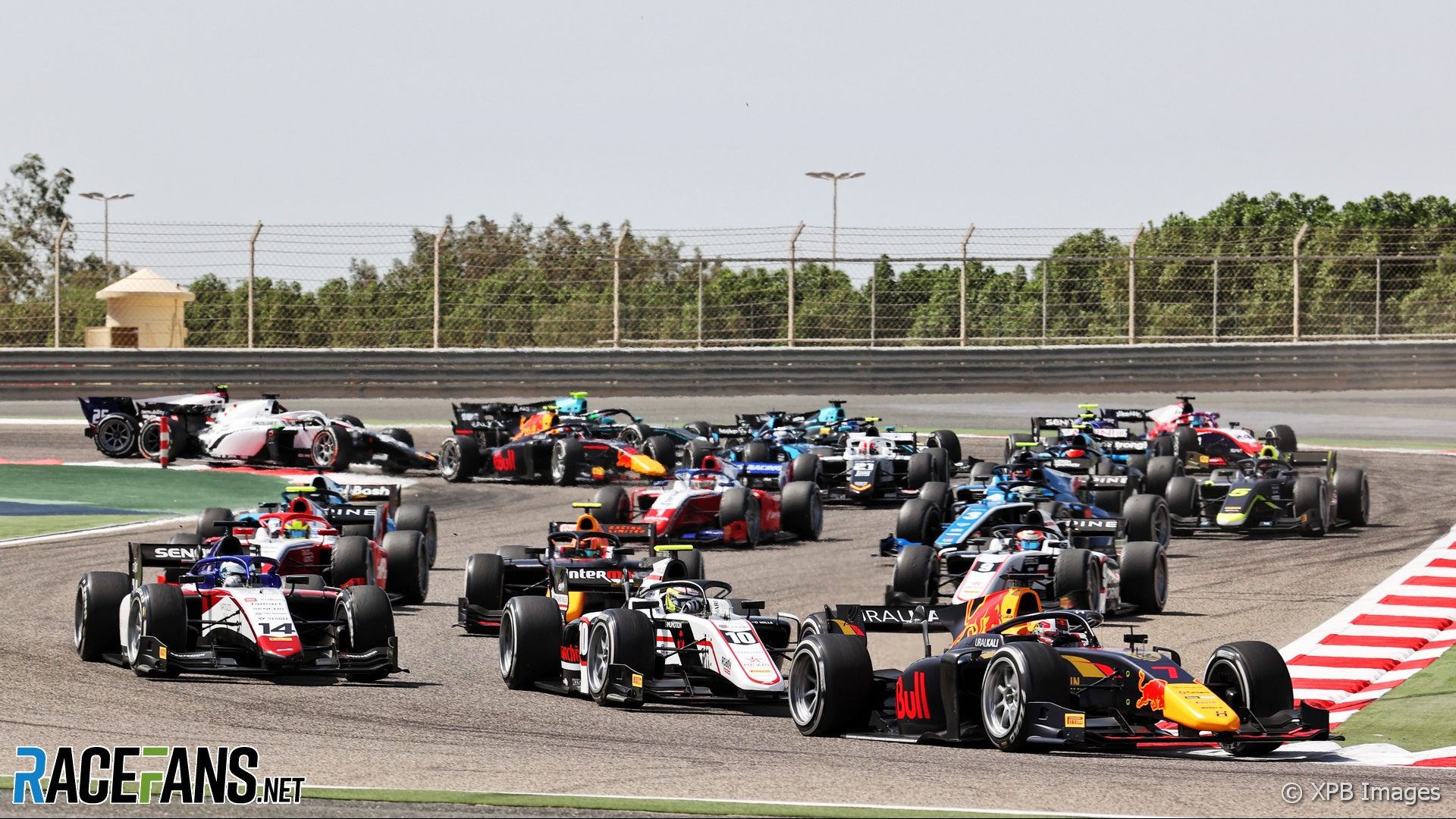 Hitech’s Liam Lawson won on his Formula 2 debut at the Bahrain International Circuit in the first race of the season.

The grid was set by reversing the top 10 from yesterday’s qualifying session, and left ART’s Theo Pourchaire and Charouz’s David Beckmann on the front row.

However Lawson immediately raced into the lead from third, as Pourchaire bogged down and had to spend much of the opening lap trying to defend second place from Beckmann.

Lawson pulled away by several tenths of a second per lap, even as a Virtual Safety Car period was brought in after Marcus Armstrong lost drive and was unwillingly rear-ended by Ralph Boschung, leaving the DAMS and Campos cars stopped on track.

With most of the front-runners starting on Pirelli’s hard compound tyre, and unwilling to have to make a pit stop in the race to switch to the faster softs that would be better saved for later in the weekend, drivers began managing their tyres early on. The second-year drivers’ greater experience on the 18-inch rubber helped bring them into play further into the 23-lap race.

Carlin’s Jehan Daruvala pressured Beckmann into a lock-up and then set up a brilliant around-the-outside pass at turn four to move into third. But he was unwilling to then push for second place straight away, saving his tyres. That position became his anyway, as Pourchaire’s car slowed to a halt at the halfway point of the race.

His experience of the tyres from 2020 enabled him to close in on Lawson, but once he got to the rear of his fellow Red Bull junior his car started to overheat and he couldn’t pass him, coming just short of a second F2 win in a row.

Beckmann finished a distant third. Robert Shwartzman made a superb run to fourth after starting outside the top 10. He was up to fifth by the end of lap one, outwitting drivers around him under braking. His move on new Prema team mate Oscar Piastri allowed ART’s Christian Lundgaard past the reigning Formula 3 champion too.

Piastri stuck with Lundgaard, while Shwartzman raced up the road for fourth, but came under pressure from Carlin’s Dan Ticktum. Once Ticktum was getting uncomfortably close, Piastri decided to dart down the inside of Lundgaard at turn four and return to following his team mate.

The battle with Ticktum hadn’t been for position, as the Williams junior had a five-second penalty hanging over him from spinning MP’s Richard Verschoor early on, and eventually he started struggling with his tyres too and fell back. The penalty dropped him down to eighth behind Virtuosi Racing’s Guanyu Zhou, with MP’s Lirim Zendeli and Hitech’s Juri Vips rounding out the top 10 after Charouz’s Guilherme Samaia was penalised for a VSC infringement. Vips gets pole for the second sprint race, where the grid is set by race one’s results partially reversed.