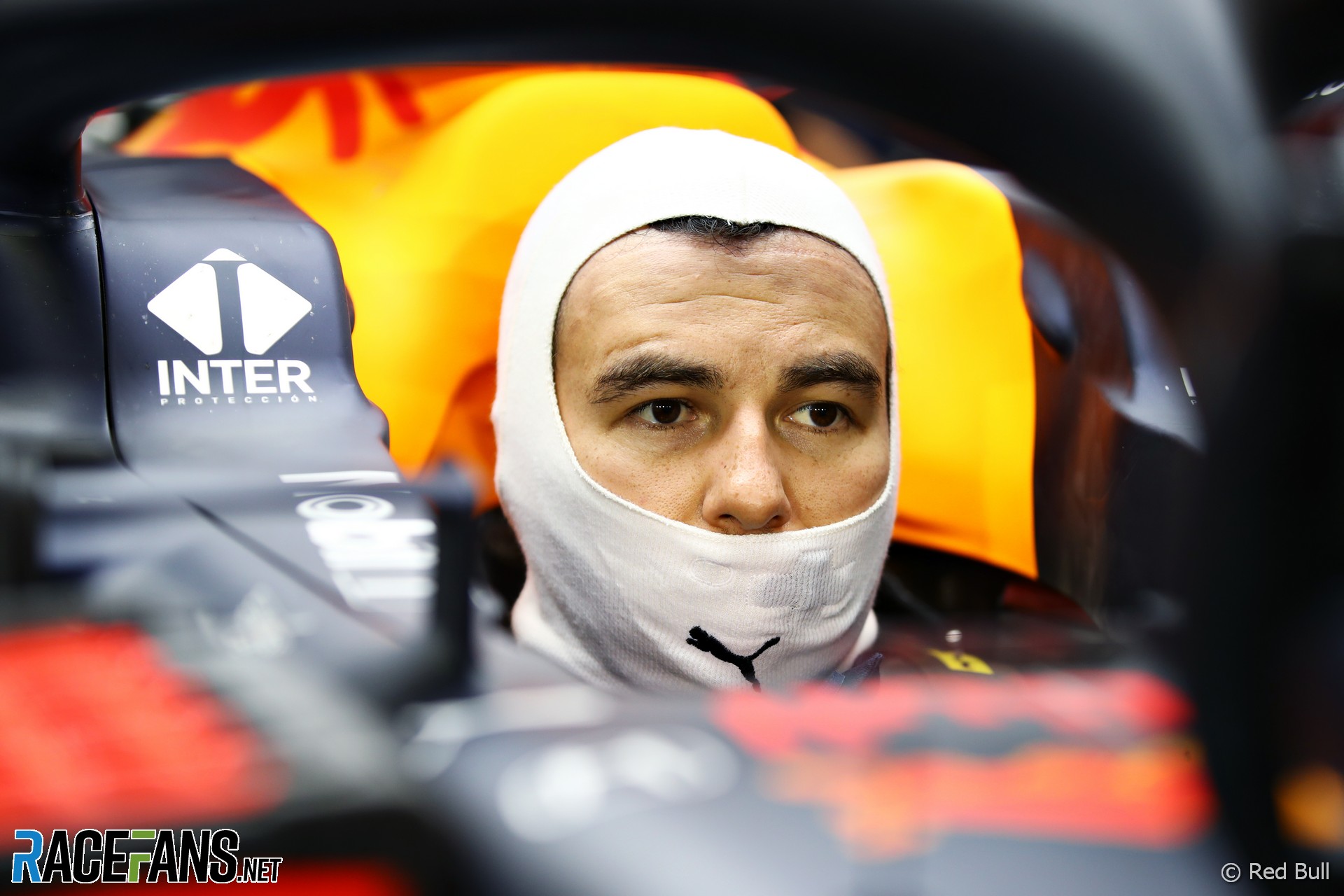 Perez was 10th-fastest after the first two practice sessions of the 2021 F1 season, while team mate Verstappen topped both. He explained what’s holding him back so far.

We are certainly making big steps all the time, and I think in summary we’ve got some work to do over a lap. I don’t quite feel the car within me. I’m still having to think a lot what’s going on out there. It doesn’t seem to be coming natural over a lap.

The long run, I seem to be more comfortable. I think the pace is there over the long run. So that’s the positive bit. But yeah, we’ve got some work to do on the performance side and also with that soft tyre, we’re going to be improving a bit more.

Guanyu Zhou claimed the first pole of the Formula 2 season at Bahrain, edging fellow Alpine Academy member Christian Lundgaard to first place in qualifying by just 0.003 seconds. Virtuosi driver Zhou then failed to return to the support race pit lane, instead going past the chequered flag twice and putting his pole position under threat. Eventually stewards opted to hand him a reprimand.

Hitech GP’s Juri Vips was not so lucky, as the Red Bull junior – who had qualified fifth – was found to be running illegal undertray fins and as a result was disqualified from the session. That puts him at the back of the grid for the first and third races of this weekend’s triple-header.

As a result of Vips’s removal from the times sheet, all drivers below him move up one spot and it means ART’s Theo Pourchaire will start 10th for Sunday’s feature race. It also means he will be on pole for Saturday’s first sprint race, which uses the results from qualifying to set the grid but reverses the top 10.

Porsche has become the latest manufacturer to sign up to Formula E’s ‘Gen3’ regulations, which will be used from the 2022-23 season onwards.

The next FE cars will have 350kW available in qualifying mode (up from 250kW now), and will race at 300kW. Regenerative braking on all four wheels is earmarked as being able to recuperate 600kW of energy.

In their first season in the series, Porsche made the podium in their first race and it took just four attempts to claim a pole position. After two races of the current season, it is ninth in the teams standings with Andre Lotterer and Pascal Wehrlein.

British Grand Prix close to sell out with 500,000 over four days heading to watch Hamilton in huge post-lockdown party (The Sun)

Ticket sales are through the roof with punters eager to see the Brit as he makes his bid for a record eighth world title. Circuit chiefs are staying optimistic that the race will get the go ahead from the Government as part of their Covid-19 roadmap, on July 18.

Sebastian Vettel: ‘I have a special relationship with Mick Schumacher – I’m giving him all the help I can’ (I news)

The four-time world champion talks to Kevin Garside about his stricken hero’s son, the new F1 season and why Aston Martin aren’t here to make up the numbers.

The IndyCar series continued its preparation for an engine configuration change in 2023, which includes hybrid technology, by testing a Push-to-Pass system Friday at Indianapolis Motor Speedway

Between practice sessions, F1 decided to change how it would police track limits at turn four for this weekend’s Bahrain Grand Prix. It’s odd decision to enforce the track limit at the corner differently for qualifying and the race reminded Jere of 2020.

Masi seems to have forgotten why he specifically stopped enforcing track limits at the turn four exit last year later on the first weekend. He should make up his mind whether to police this specific part of the track or not.

Treating one session differently from the rest is even weirder. Last year, he was unnecessarily excessive in general compared to 2019, but hopefully more like 2019 this year, although I don’t have much hope.
@jerejj

Get the best of our motorsport coverage after every F1 race in your inbox – sign up for the free RaceFans email Newsletter: