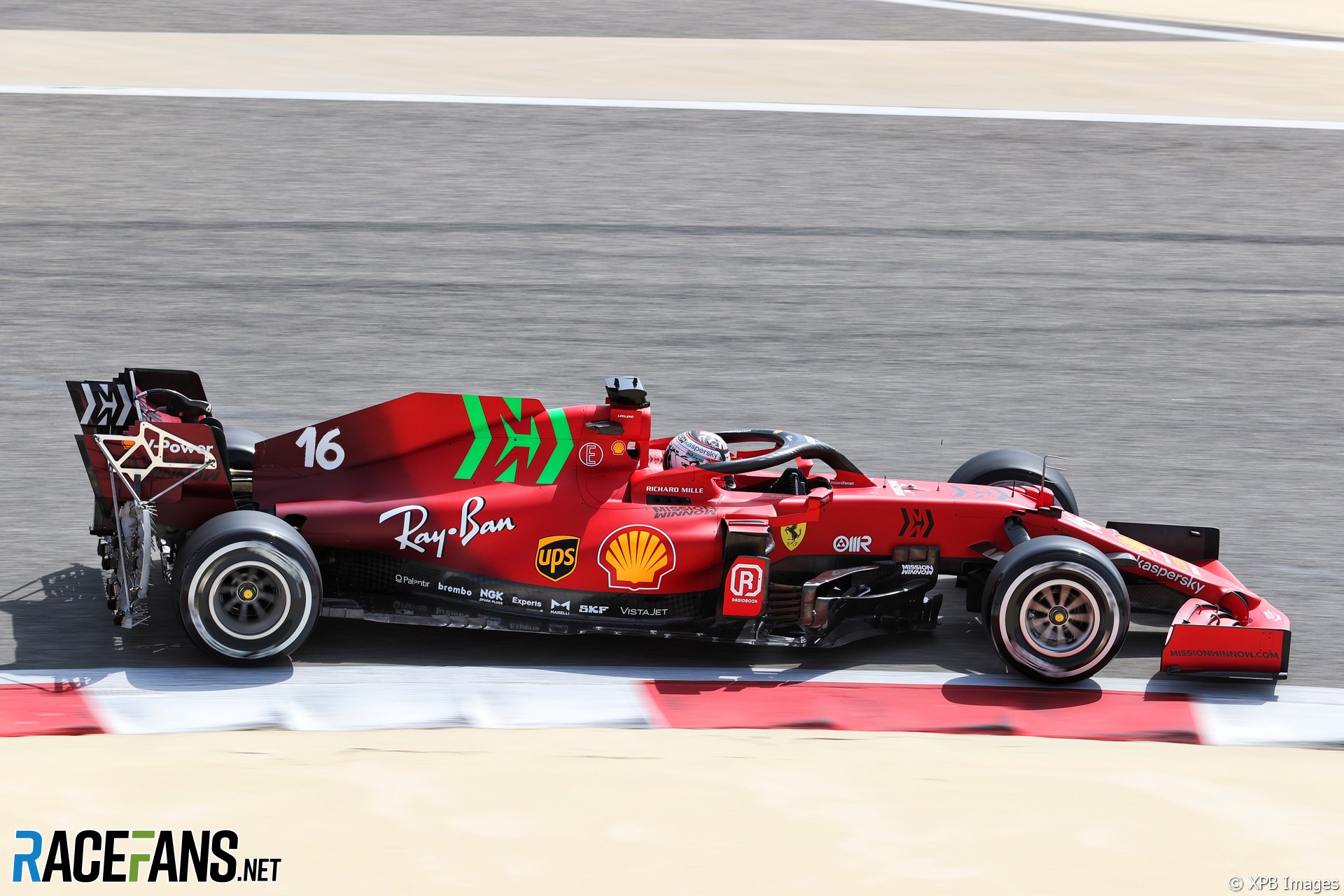 Ferrari’s title sponsor has explained its change to a bright green logo which caused surprise when it appeared on the team’s car yesterday.

Mission Winnow, an initiative promoted by tobacco producer Philip Morris International, has been part of Ferrari’s livery since the 2018 Japanese Grand Prix. It has previously appeared in white and black colours.

However when Ferrari launched its new SF21 yesterday a large Mission Winnow logo on the car’s engine cover appeared in a new bright green hue. The significant departure from Ferrari’s past liveries was widely commented on.

Philip Morris International spokesperson Tommaso Di Giovanni said this anticipated reaction was part of the reason for the change.

“From the start, Mission Winnow has always experimented with its visual identity,” he said. “Much like a green screen does for film, the green arrow represents possibility and opens the opportunity to imagine new horizons.

“Regardless of opinions about the colour, sparking debate and creating dialogue is exactly what Mission Winnow is meant to do. We have consistently encouraged people to place their preconceptions about our company aside and to open their mind to the transformation we are going through.

“More broadly, Mission Winnow focus on promoting [and] driving positive change, fostering engagement and opening conversations around the role that science, technology and innovation can play in helping to address a range of societal challenges – now and into the future.”

The presence of logos connected to tobacco producers on Formula 1 cars has prompted criticism. Italian consumer rights group Codacons, which last year called for Ferrari’s cars to be seized due to their promotion of Mission Winnow, said today the team “could and should have avoided” further associating themselves with the brand.

“We strongly contest Ferrari’s choice to resort once again to a sponsor directly linked to tobacco, despite the legal prohibitions and the serious health effects of smoking on human health,” the organisation added in a statement.

It remains to be seen whether the branding will appear on the car during a grand prix. Last year Ferrari did not run Mission Winnow logos at any race weekends – they appeared only during testing.

McLaren’s cars also feature the branding of a tobacco producer, British American Tobacco, which has sponsored the team since 2019.