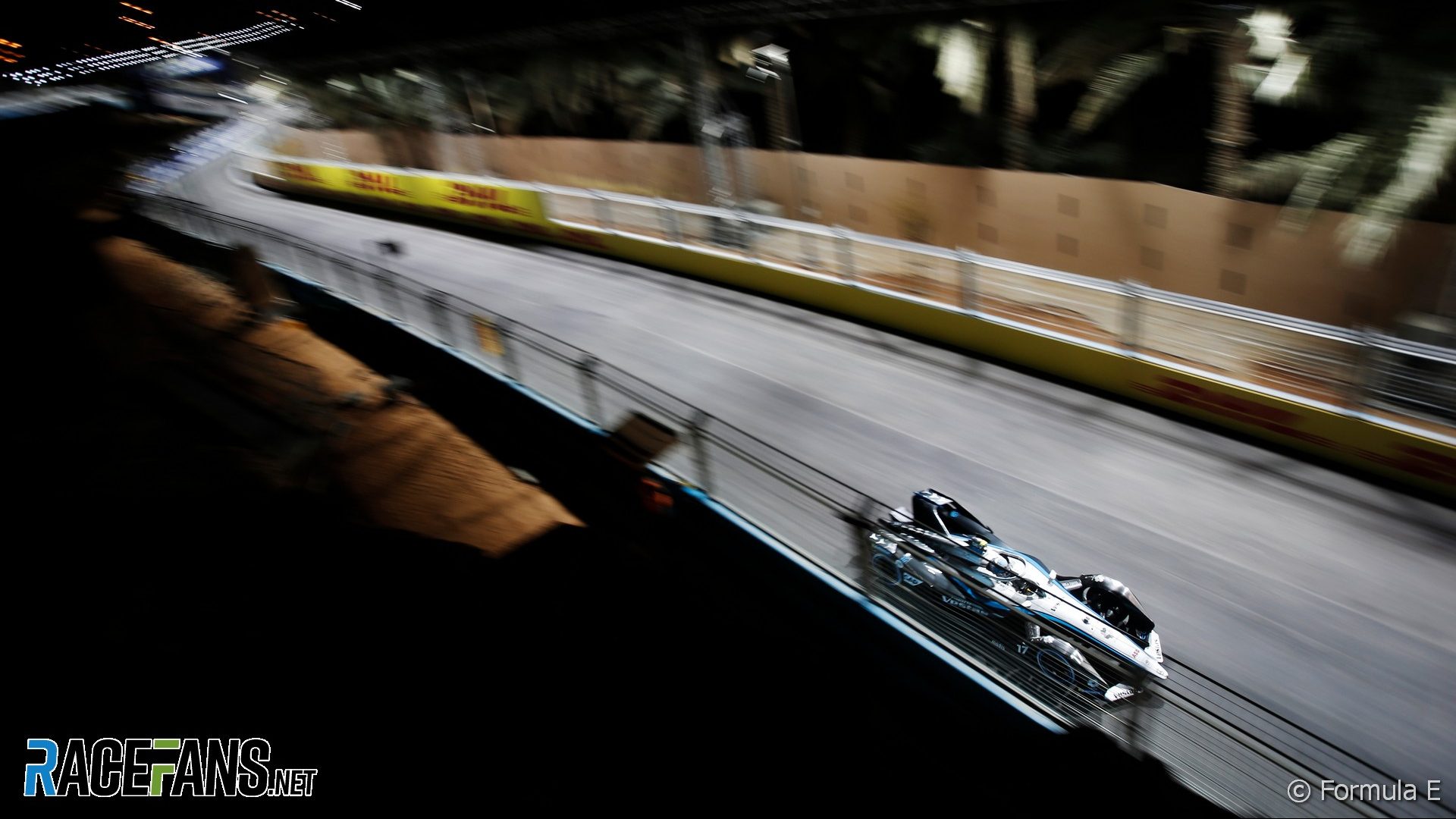 The promoter of Formula E’s race in Saudi Arabia has welcomed Formula 1’s move into the country, saying the growth of motorsport in the region will be positive for both events.

Formula E’s third event at the Diriyah street circuit outside the capital city Riyadh begins this weekend. Formula 1 is due to hold its first event in Jeddah, Saudi Arabia’s second-largest city, in December.

Carlo Boutagy, the promoter of the Formula E event, told RaceFans Formula 1’s arrival will help to further raise the profile of motorsport in the region.

“A lot of people think that ‘you’re mad that F1 is coming’,” he said. “No, it educates the people more.

“The more events like this that we have, corporate events that need to get sponsorship and all that, the more they understand it, they see it.”

“It’s nice because you walk into an office to try and sell sponsorship or hospitality anything corporate and they know what it is,” he added. “They budget for it now, which is nice to see. The company already has a budget allocated, it’s becoming in their routine. We’ve seen that in 2004 in Bahrain and 2009 in Abu Dhabi.”

Motorsport’s expansion into Saudi Arabia has been met with criticism due to the country’s highly conservative culture, lack of women’s rights, oppression of its LGBT community and poor human rights record, among other concerns. Boutagy said motor sport has already been a positive force for change in that regard.

Among the liberalisations which accompanied the Formula E race was the suspension of the requirement for women to wear the abaya, a full body-covering garment. This was one of five major changes which can be attributed to the series, said Boutagy.

“For the locals FE is more than just a race. It’s a stepping stone. Formula E changed five big laws here. It was the first event ever to have mixed gender, without having to be separated [from men].

“It was the first event ever to have no abayas. So when they entered the event, you could have removed it, it was like if you were in a western country. And then the tourism visa, which is another thing, and music and dancing. We had big live international entertainment concerts, they were allowed to dance and everything.

“It was a stepping stone, like the Berlin Wall falling.”

This year’s Formula E race will be the first held at night under artificial lighting. To reduce the impact on the environment energy-saving LED lights will be used with vegetable oil as part of the fuel source. “Our goal is eventually in the next few years to have it fully sustainable,” said Boutagy.

However plans for this year’s race to welcome a full contingent of fans had to be shelved due to the pandemic.

“We have all the protocols in place,” said Boutagy. “We’re very lucky and thankful that the government here is allowing us to race.

“We had fans, we had the okay and the approval, but then with the second strain from the UK it made everything a bit harder for us. So we decided to just better safe than sorry and we are just now allowing 2,000 fans.

“Which is still cool because I think we’re still going to be one of the first races to have the emotion and be open and live and all that. I’m looking forward to delivering a race, the night race. The floodlights look beautiful and amazing. We’re looking forward for this.”