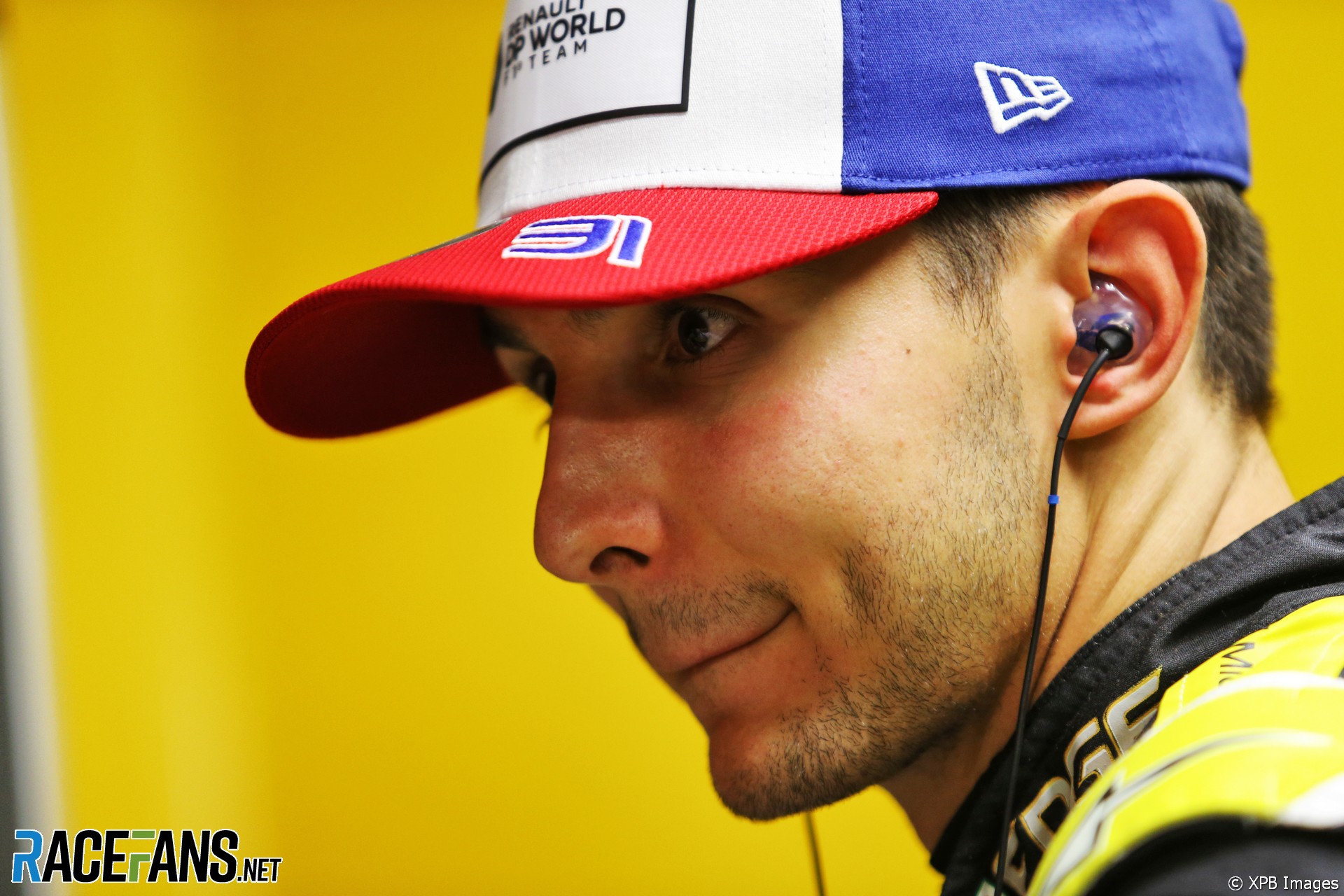 On his return to Formula 1 following a one-year absence, Esteban Ocon was clearly outclassed by fellow Renault driver Daniel Ricciardo.

Although he did eventually get on terms with his team mate, it took him until the end of the season. He made consistent improvements, though it wasn’t always discernible in his race-by-race results, which were affected by misfortune to a greater degree than many of his rivals’.

After picking up four points on his return, Ocon qualified a season-best fifth in a rain-hit qualifying session at the next round. He didn’t out-qualify Ricciardo again until the final race, though the gap between them was often less than a tenth of a second. In the races, however, Ricciardo was usually quicker, and more than once Renault told Ocon to let him by.

However this wasn’t the only reason Ocon accumulated points more slowly than his team mate. Technical problem were another. A radiator problem sidelined him after that excellent qualifying performance at the Red Bull Ring, overheating brakes ended his run at Mugello on a day when retirements helped Ricciardo grab fourth, and further faults put him out at the Nurburgring and Imola.

While Ocon wasn’t to blame for any of his retirements, he did have one of the year’s most bizarre crashes, when he swiped a barrier while trying to avoid Kevin Magnussen’s Haas in front of him during final practice at the Circuit de Catalunya. This ultimately proved inconsequential on a weekend when both Renaults finished out of the points, continuing a generally disappointing start to the season for both drivers.

At the Hungaroring Ocon fell back at the start, pitted too late for slicks and was passed by Lando Norris on the final lap. He was deeply unhappy with Renault after a missed opportunity of a race at Monza, where he was unable to take the restart on his preferred tyres as the team hadn’t kept them warm. However fifth place in the Belgian Grand Prix behind Ricciardo, following a late pass on Alexander Albon, pointed to better times ahead.

More misfortune occured at Istanbul, where a tangle with his team mate caused what might have been Ocon’s costliest retirement. He was up to third following a brilliant start when he was knocked into a spin by Ricciardo, who in turn had Valtteri Bottas on his inside.

In the second race at the Bahrain International Circuit Ocon’s luck finally changed. A timely Safety Car period and the retirements of several other drivers played into his hands. He also put a useful pass on Lance Stroll in order to take the chequered flag behind the other Racing Point in a satisfying second place.

He passed Stroll again on the final lap of the season as his 2020 campaign finished considerably better than it had started. But with the formidable Fernando Alonso replacing Ricciardo this year, Ocon now faces the toughest test of his career so far.