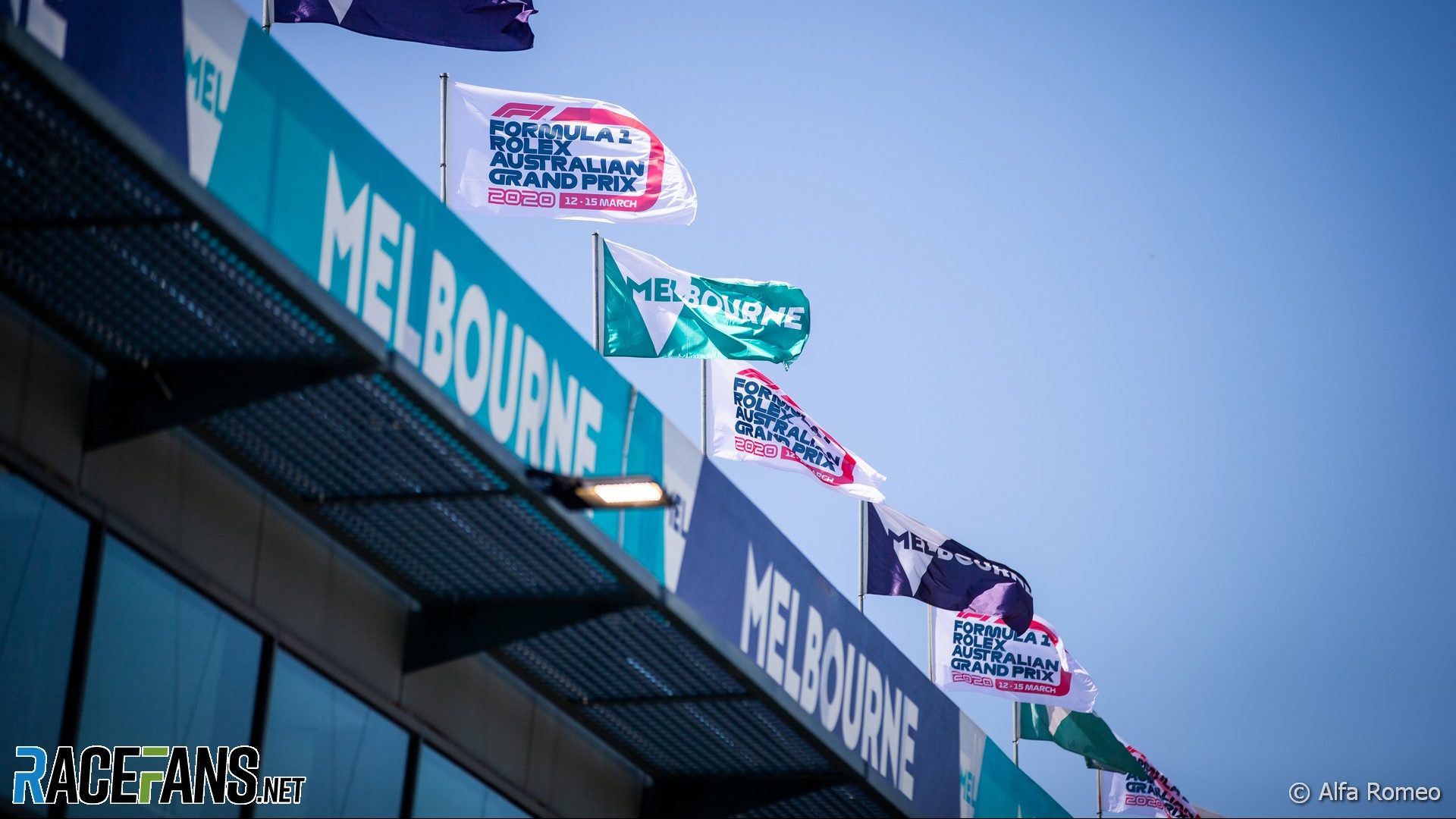 It’s 10 months to the day since the season-opening round of the 2020 Formula 1 world championship, the Australian Grand Prix, was cancelled. At that time, for every million people in the world, 0.63 new cases of Covid-19 were being detected.

Today, the 2021 Australian Grand Prix was postponed by eight months as F1 acknowledged “the ongoing situation regarding Covid-19 has meant it is not feasible to begin the season in Melbourne”.

The spread of Covid-19 worldwide has not yet begun to decelerate. Yesterday the rate of new cases stood at 94.63 per million.

The challenge F1 faced when it called off much of the first half of its 2020 season was a virus spreading around the world, killing people in significant numbers, for which no vaccine was available.

Today the picture is more complicated. Covid-19 is still spreading, and at a much faster rate, partly due to more virulent strains emerging. While advancements in therapies have been made, it remains a serious threat to life. Encouragingly, a number of vaccines are now available and being manufactured. The crucial question – for the world and not just Formula 1 – is how quickly they can be distributed and administered so that the rising infection rate reverses.

Against this evolving background, a preliminary 2021 F1 calendar was published in November, and revised today. In spite of the pandemic the championship’s objective remains to hold a record-breaking 23 races.

The reason for this can be summed up by the same three words Lewis Hamilton used to explain F1’s ultimately doomed effort to hold last year’s Australian Grand Prix as the pandemic began: “Cash is king”.

In 2020 F1 successfully held a 17-round championship. But it did so by largely abandoning its lucrative ‘fly-away’ races in Asian and American venues and holding its season almost entirely within Europe. That hit its bottom line hard. This year F1 is determined to hold as normal a championship as possible, including its top-dollar events at venues like Azerbaijan and Singapore.

F1 can point to its superb record last year in holding its championship while minimising the spread of infection. But where it can go remains subject to the rules of governments who have handled the pandemic in very different ways.

For example, the majority of Formula 1 teams are based in Britain, which currently has one of the highest rates of the Covid-19 transmission in the world: 881 new cases per million people yesterday. Contrast that with Australia, where the same rate is less than one per million, or Singapore, at barely five per million. Britain is pressing on with its vaccination programme, but it has also entered a third lockdown, and its death rate is climbing with shocking speed.

The overall risk of importing the virus drives governments’ decisions on who to admit and whether to allow exemptions for sport. How this risk changes will – hopefully – be strongly affected over the coming months by how rapid uptake of the vaccines are.

However some races are more susceptible to cancellation than others. And losing one race could harm the economic case for holding nearby rounds.

For obvious reasons, races on street circuits in city centres present greater challenges for containing infections than racing at permanent tracks in out-of-town locations. Formula E, which races exclusively on city tracks, has already postponed its season-opener. IndyCar has also delayed its opening round on the streets of St Petersburg, which was due to take place in March.

Can F1 stick by its Monaco date in May, or Baku the month after? The Azerbaijan race is due to be followed one week later by a long-haul trek to the Circuit Gilles Villeneuve just outside Montreal. All three of these races were cancelled last year.

The alterations to the calendar announce today means F1 will race largely within Europe until the end of September. After that, a brutally tough run of near-constant races far beyond Europe’s borders are scheduled.

Last year F1 grudgingly accepted holding a string of triple-header events at European venues as a necessity to salvage its season. This year it is attempting to do the same with more distant venues: First Sochi, Singapore and Suzuka, then Austin, Mexico City and Interlagos.

All bar one of these races were called off in 2020. Should one of those not go ahead in 2021 it could affect F1’s business case for attending accompanying rounds. For example, going from Sochi to Suzuka via Singapore reduces freight costs, but the economics are spoiled if Singapore’s street race can’t go ahead. And this is before we factor in the complexity of attempting to allow fans to attend in any number.

Formula 1 bosses are in an unenviable position. Worldwide, hopes are pinned on the expectation that at some point, hopefully in the not-too-distant future, life will return to normal. But whether that will arrive soon enough for much of F1’s 2021 schedule can be completed as planned remains to be seen. Rapid improvements are needed from this point on for today’s overhaul of the schedule to be the last.