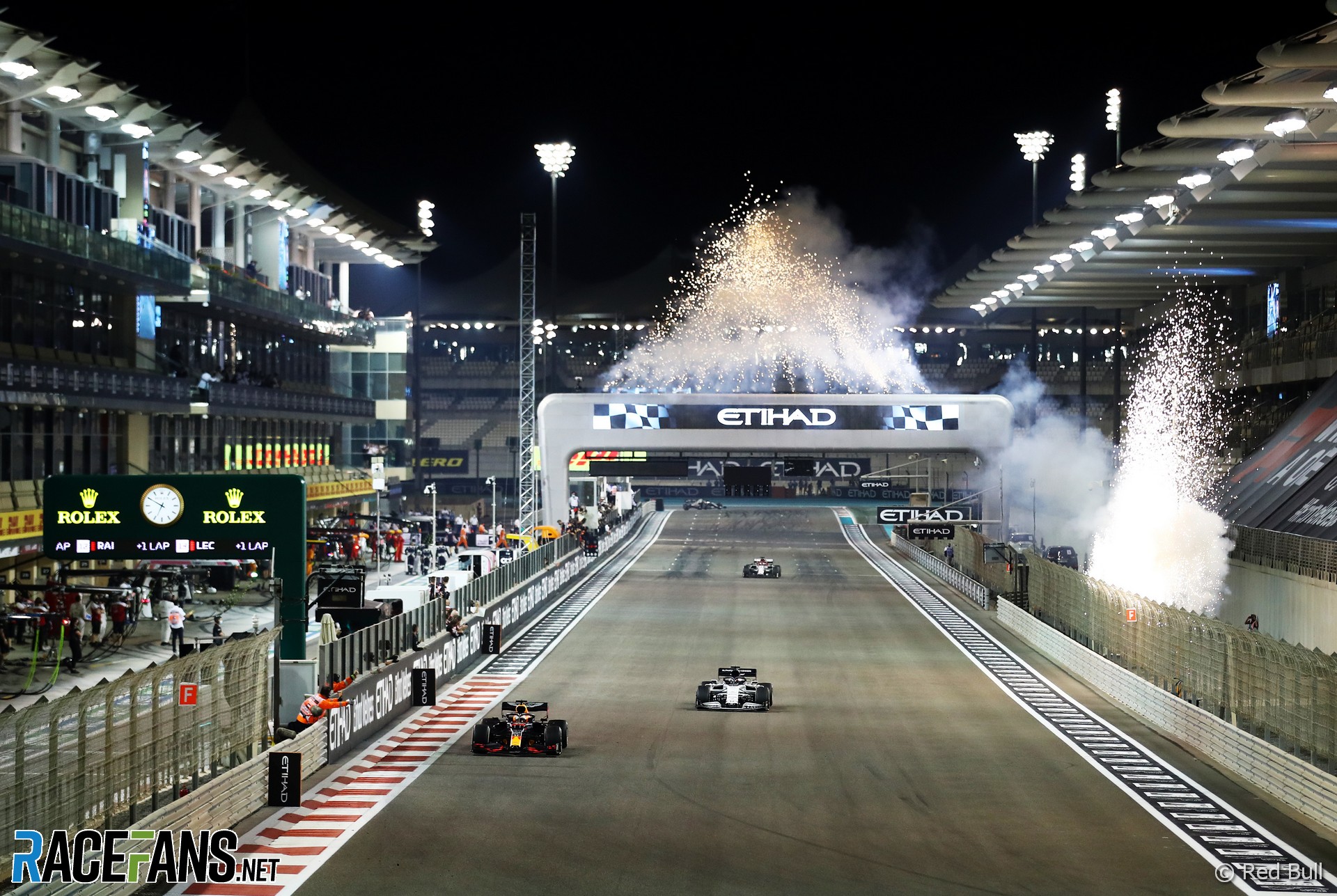 Max Verstappen scored his second victory of 2020 as the season ended with a processional Abu Dhabi Grand Prix.

The Red Bull driver kept his lead at the start and drew clear of the chasing Mercedes in a race which was shaped by an early Safety Car period after Sergio Perez’s power unit failed.

Most of the field pitted following Perez’s stoppage, taking hard tyres to run to the end of the race. Valtteri Bottas and Lewis Hamilton, who followed Verstappen away from the line in grid order, also pitted and fell in behind him.

Alexander Albon ended lap one in fifth place but was able to work his way around Lando Norris for fourth. He put on a charge in an attempt to catch Hamilton at the end of the race but fell short.

Norris came in fifth ahead of his team mate Carlos Sainz Jnr. Sainz, however, is under investigation for driving too slowly on his way into the pits during the Safety Car period.

A penalty could swing the outcome of their fight for third in the championship with Racing Point. Perez’s retirement meant Lance Stroll was their only driver in the points – he took the flag in 10th after being overtaken by Esteban Ocon on the final lap.

Daniel Ricciardo, one of few drivers not to pit during the Safety Car, set the fastest lap of the race and took the bonus point on his way to seventh ahead of Pierre Gasly.

In what could be his final F1 race, Daniil Kvyat took 11th ahead of Kimi Raikkonen, the Alfa Romeo driver leading the Ferrari pair home. George Russell returned to Williams with 15th, and the Haas drivers were last, Kevin Magnussen taking a fresh set of tyres for a final blast before taking the chequered flag for the final time in his F1 career.