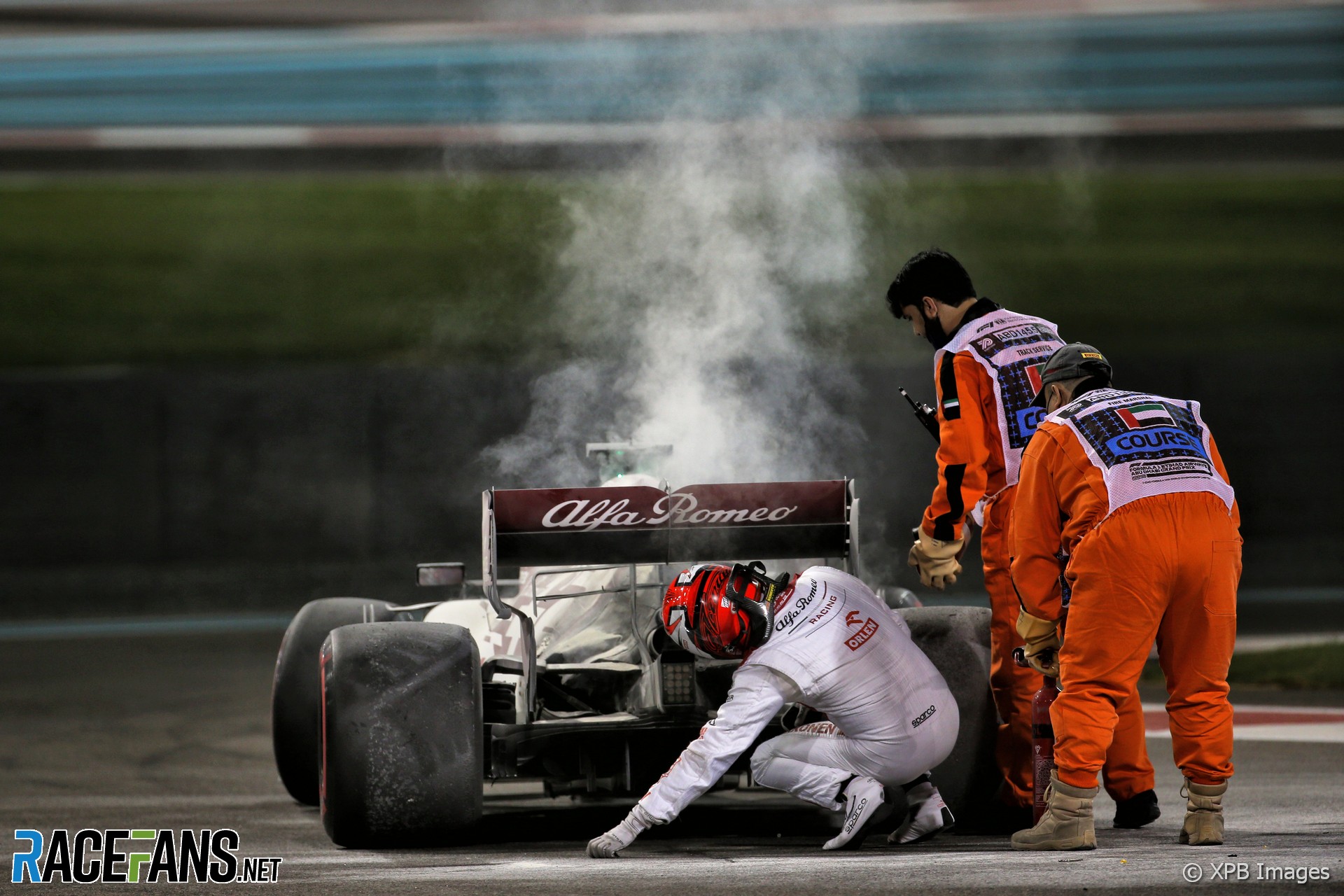 Valtteri Bottas led Lewis Hamilton in second practice, with the Red Bulls within a second of the Mercedes pair’s lap times.

The session began with drivers testing Pirelli’s development tyres for 2021. Each car was allocated a single set of next year’s C4 compound and required to run a minimum of eight timed laps on them. All cars started the session running the Pirelli test compounds, with Bottas and Hamilton initially fastest on rubber, Bottas on a 1’37.818 lap and Hamilton a tenth of a second back.

Hamilton was the first driver to go out on this weekend’s race tyres, setting an early fastest lap on the medium compound. Bottas was consistently a tenth or so ahead of him on each tyre the Mercedes cars ran.

Max Verstappen was next, seven tenths from Bottas’ best time on soft tyres and half a second back from Hamilton’s.

With around 20 minutes of the session remaining, George Russell and Kimi Raikkonen suffered power unit problems within moments of each other. Russell was told to back off and pit as Williams diagnosed an MGU-K problem. Smoke was visible from the back of his Williams as he limped back to the pits.

Raikkonen’s problem was more dramatic, his car bursting into flames at the rear as Alfa Romeo warned him of a “big fire” and urged him to “get the hell out of there.” He escaped the car quickly and was able to help marshals extinguish the flames, while the session was red-flagged to retrieve his heavily damaged car.

When the session restarted Hamilton suffered a technical problem in the pits and had to be pushed back to the Mercedes garage after his car lost all gears. Mercedes told him to attempt a start using the MGU-K, which appeared to work – the Mercedes power unit has not previously had the option to start this way.

Esteban Ocon and Alexander Albon had a near-miss in the final moments of the session, Ocon moving seemingly defensively in front of Albon on a fast lap. They avoided each other but Albon complained on his radio about the incident, remarking “that was dangerous.”

Lando Norris was best of the rest at the final times, just under two tenths away from fourth-fastest Albon but with team mate Sainz 12th and a further tenth and a half away. The two McLarens were split by both the Renault and Racing Point cars, Ocon in sixth and Ricciardo in ninth separated by less than a hundredth.

The Ferraris were similarly split with Charles Leclerc eighth fastest and Sebastian Vettel 15th. Pietro Fittipaldi, in his second weekend as a Formula 1 driver, was half a second back from Haas team mate Kevin Magnussen.