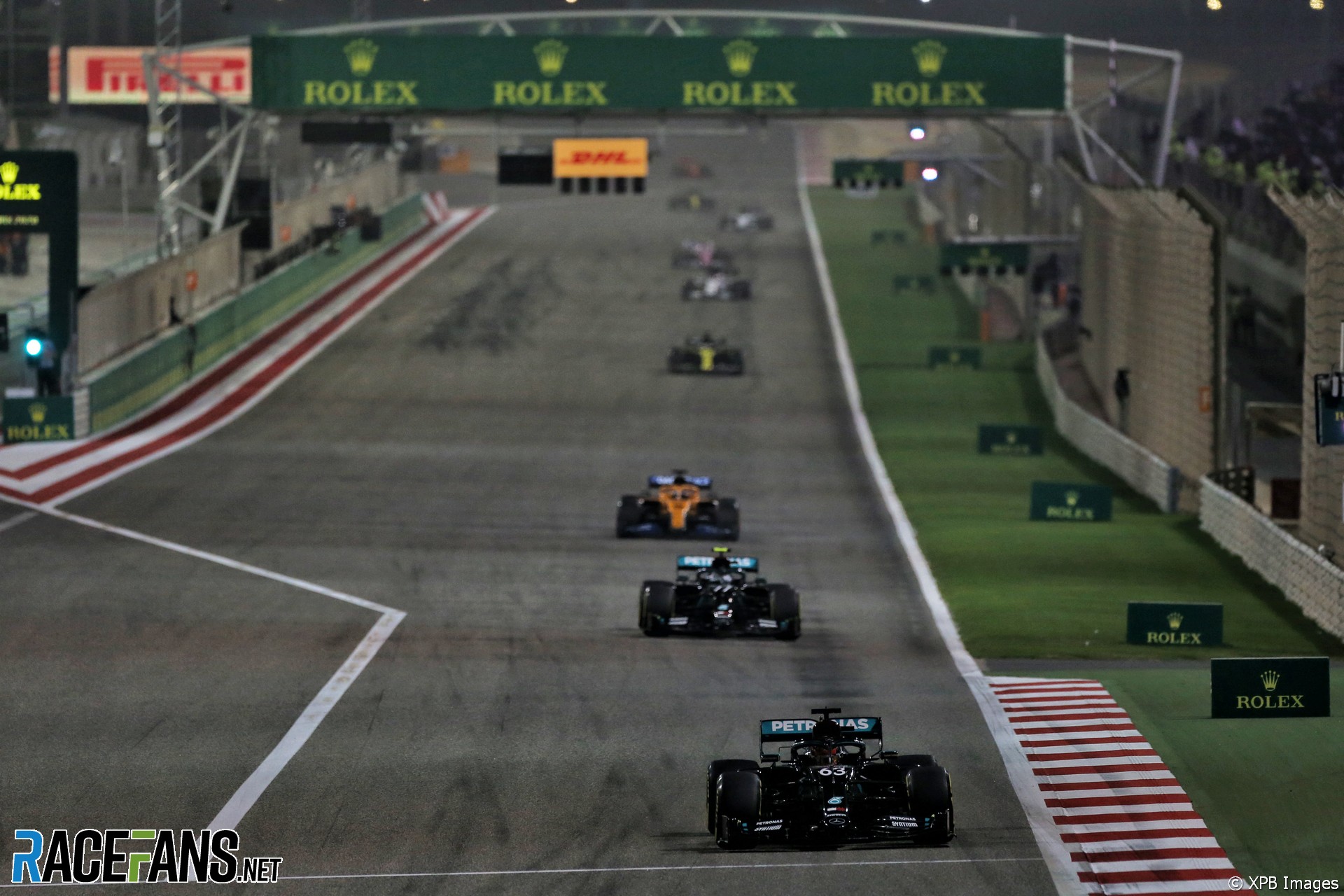 The pit stop error which cost George Russell the lead of the Sakhir Grand Prix was caused by a problem with Mercedes’ radios, team principal Toto Wolff has revealed.

Russell was called into the pits during a Safety Car period but fitted with a set of his team mate’s tyres by mistake. Mercedes called him back in to replace his tyres, but the extra pit stop dropped him to fifth place.

The stewards are investigating the error. Russell went on to finish ninth after a puncture forced him to make another pit stop.

Wolff confirmed Russell did not need to make the pit stop which went wrong, calling it a “safety stop”, but defended the decision to use the Safety Car period to put Russell on a fresh set of tyres.

“We were fine on the hard,” he told Sky. “We could have stayed out but we had the gap and then you do things. You can question that but I think it’s absolutely the right call and wrong tyres.”

He explained how the team came to fit the wrong tyres to Russell’s car. “One of the tyre crews didn’t hear the call, we had a radio failure in the garage and when the car came in they didn’t know that we had changed the tyres. So they had the wrong tyres and this is why we exited with the wrong tyres.”

“We, overall, did a good job,” Wolff added. “Technical failures happen, that wasn’t any human error. We’ve checked it now and we can see it’s not functioning but we don’t know why. So these things happen and we need to learn from it”

Russell was controlling the race before the problem during his pit stop. Wolff was full of praise for how the team’s junior driver handled his promotion.

“Of course he was very emotional because if you’re in your first race in a Mercedes and he should have won it, actually, for driving a monumental race then there is not a lot you can say. And this is where we are but it’s not gonna be his last attempt to win a race, it’s just the beginning of a fairytale that didn’t work out today and I would say that a new star is born.

“I think Lewis is the absolute benchmark, that is what his record says and nobody is anywhere near him. But today we’ve seen that there is a new generation coming up, that can be really strong, they’re very young, they’re in their early 20s and the sky is the limit.”

He confirmed Russell will remain in the car at the Abu Dhabi Grand Prix if Lewis Hamilton is unable to return.

“I think we need to see how well Lewis recovers, that’s the most important, that he’s well. He said it’s been better today and that he’s made a big step.

Wolff, who rarely speaks on Mercedes team radio, spoke to Russell on his slowing-down lap to apologise for the pit stop error. “George, I’m sorry for that,” he said. “That was a brilliant, brilliant drive.”

Mercedes’ chief strategist James Vowles also spoke to him. “Notwithstanding the events of today, well done,” he said. “You drove a solid race. Every time you were set back you fought through. Well done.”