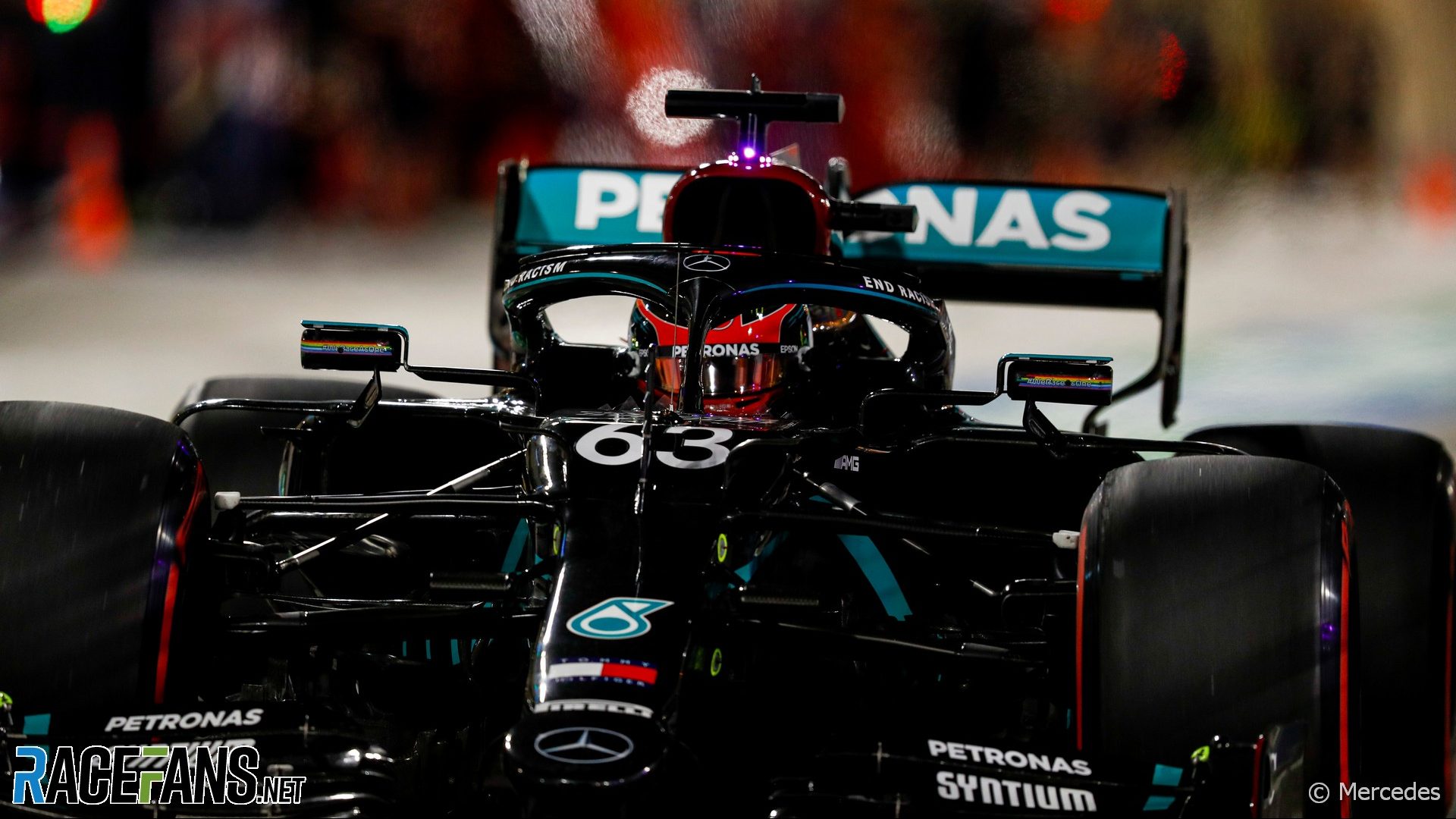 George Russell has kept the first points he has scored in his Formula 1 career after the stewards fined Mercedes for their error with his tyres.

Mercedes were fined €20,000 after the team fit tyres which were allocated to Valtteri Bottas to Russell’s car.

The stewards said the error “would normally involve a sporting penalty up to disqualification” but accepted there were “mitigating circumstances” and decided to apply a fine instead. They noted Mercedes immediately rectified the problem by pitting Russell again and that the same problem also affected Valtteri Bottas’s race.

The stewards also considered it a mitigating factor that Russell’s car was not fitted with tyres of “differing specifications”, as forbidden by the rules, but a set of his team mate’s front tyres, which were the same compound as his rears.

Mercedes’ explanation that a problem with their radios led to the error was also accepted by the stewards.

“[The error] was caused by a radio communications technical issue wherein the pit wall’s communication to the pit crew that car 63 [Russell] was entering the pits prior to (and not after) car 77 [Bottas], failed to be received by the crew of car 63 because at the same time, the driver of car 63 transmitted over the top of that message,” the stewards explained. “This resulted in the front tyres of car 77 accidentally going onto car 63. (The cars were ‘double stacked’ at the time.)

“This is clearly a breach of the regulations and would normally involve a sporting penalty up to disqualification. However, in this case there are mitigating circumstances, additional to the radio issue referred to above.

“Firstly, the team rectified the problem within one lap. This involved car 63 making another pit stop, thus dropping it further down the classification.

“Secondly, car 77 made a pit stop to change tyres only to find that the front tyres to be fitted to it, were on car 63, so was sent out after considerable delay, with the tyres that were on car 77 prior to the pit stop. This also impacted the final classification of car 77.

“Thirdly, although this type of infringement is not catered for under the “three-lap tolerance” referred to in the second paragraph of Article 24.4 b) (which currently only refers to the use of tyres of differing specifications), we consider it to be similar in nature. However, the responsibility to fit tyres in compliance with the regulations, still rests with any team and thus a penalty is considered as being required.”