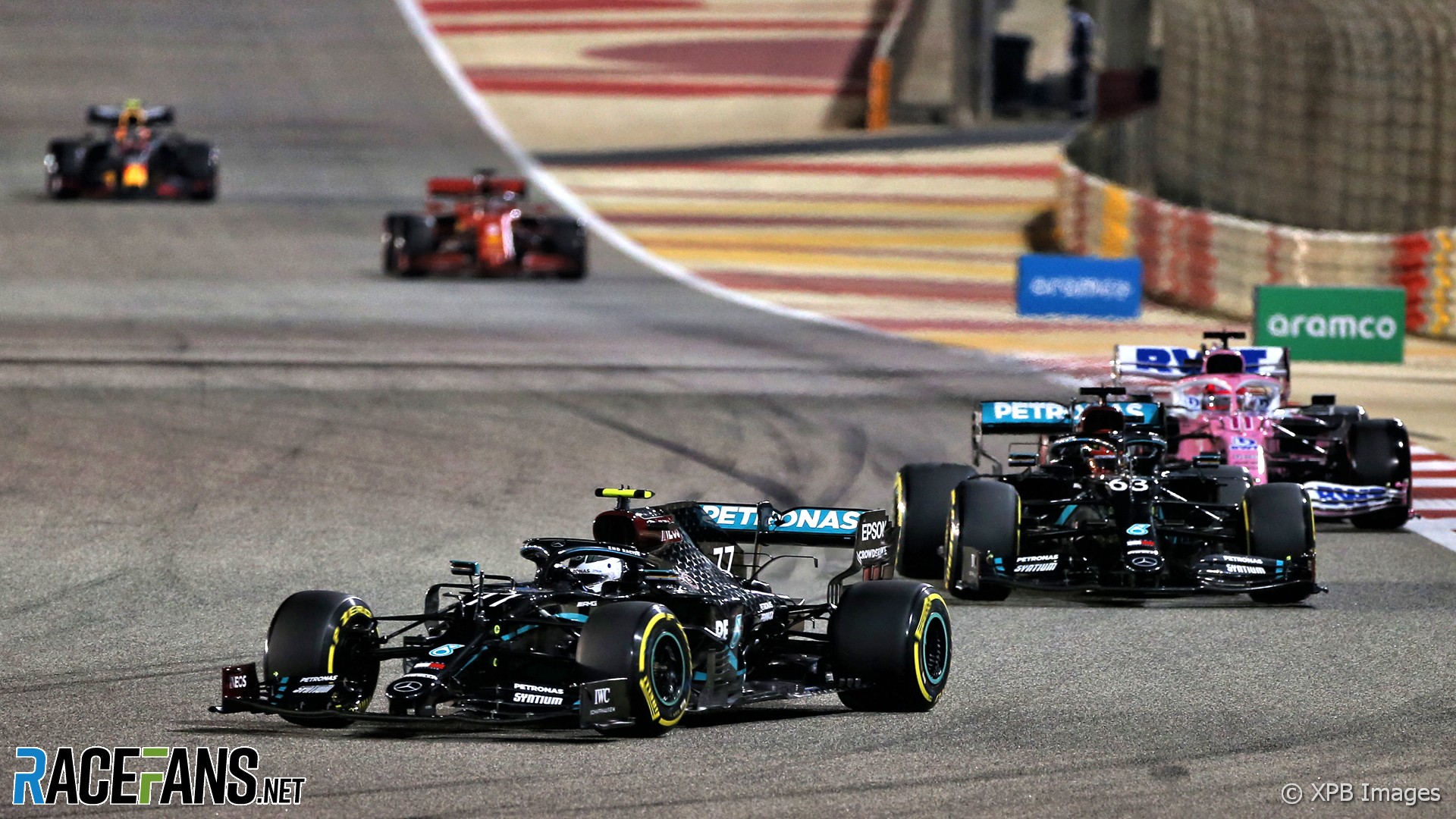 Mercedes may have told George Russell to set realistic expectations ahead of qualifying, but he nearly proved capable of matching Valtteri Bottas at the first time of asking. Thanks to that, Mercedes achieved a front-row lockout for the 12th time this season.

While the absent Lewis Hamilton has already clinched the championship, Bottas is still trying to beat Max Verstappen to the runner-up spot. But that won’t prompt Mercedes into imposing team orders on their drivers.

“[They’re] free to race,” said Mercedes team principal Toto Wolff yesterday. “That’s what we owe to everybody. Off the leash.”

The Mercedes pair were the only cars to make it through to Q3 on the medium compound tyres, putting them on a different strategy to the soft-shod cars on the four rows behind them.

Others tried to do the same without success. Ferrari’s sporting director Laurent Mekies believes the potential pay-off in the race was worth the risk. “We tried everything we could to go through with the medium,” he said. “We really felt that it will be a serious advantage.”

Ferrari were only able to get one car through to Q3, Charles Leclerc who will start the race tomorrow in fourth, directly behind first-time front row starter Russell. With soft tyres he and third-placed Max Verstappen with have an immediate grip advantage, but it won’t last long as Bahrain’s abrasive surface chews the rubber.

Bahrain is a desert country and a lot of sand makes its way across the dusty Sakhir circuit, creating a distinct ‘dirty’ and ‘clean’ side of the grid. In theory, pole-winner Bottas and third-placed Verstappen have got the good end of the deal, starting on the cleaner part of the track while Russell and Leclerc are on the sandier area. This made a noticeable difference in last week’s races at the same venue.

During the F2 feature race, however, Yuki Tsunoda lost his advantage from pole to Nikita Mazepin and Robert Shwartzman, who lined up on the dirty side. It’s possible the clean-side advantage is not quite what it’s been assumed to be, on the second consecutive weekend of running at the track.

Of course the exact track layout is different, and likely to create an unusual race. The Bahrain Outer track is atypical among F1 circuits and 87 laps of the 3.543km course could throw up some real surprises. Q1 looked extremely busy with all 20 cars out on track and the first laps of the race could be messily crowded.

The front-running drivers can expect to hit traffic a lot earlier than usual, which will make strategies a challenge. Strategy is often bound up in how to get a driver out in clear air, but there may be very little of that on Sunday. Alexander Albon predicted DRS trains will be the order of the day.

This is partly why teams’ strategy options are up in the air. A one-stop strategy might be possible, which could save 27 seconds in the pits versus a two-stopper. So short is this track that making a pit stop will pit drivers over half a lap behind.

But Pirelli say that, based on practice data, they expect to see a two-stop race because of high degradation on the rears. Teams often avoid multi-top strategies because of the potential time loss while passing cars, but with traffic a problem everywhere, getting onto fresher rubber to make a pass could be more beneficial.

After qualifying, Nicholas Latifi said tyre degradation was so hard to read that the race might see one, two or even three-stop strategies, and that teams will have to think on their feet.

Could Russell achieve the incredible and find a way to win his first race as a Mercedes Formula 1 driver? Can Verstappen overcome his straight-line speed disadvantage to bag his second win of the year?

Share your views on the Sakhir Grand Prix in the comments.