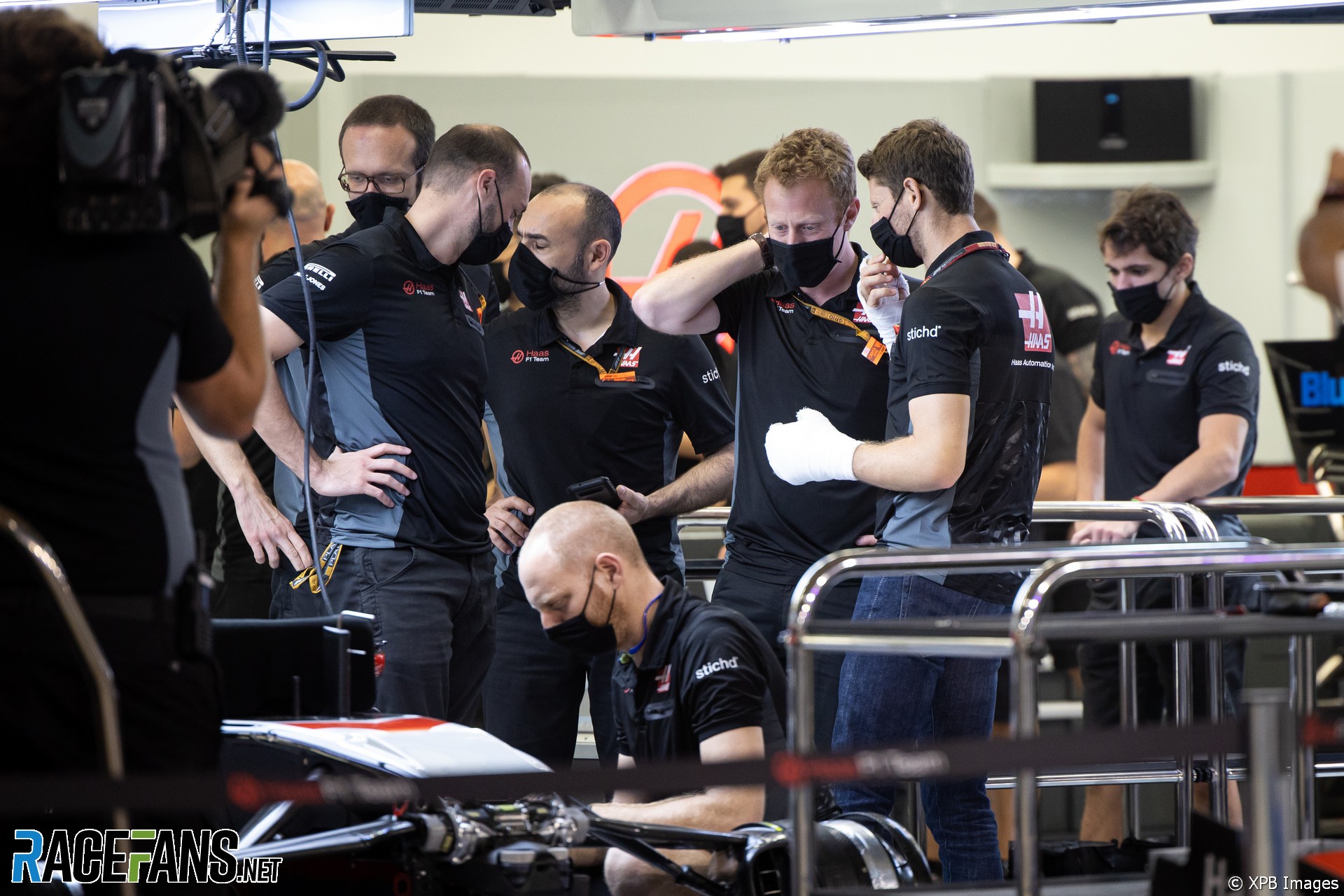 Romain Grosjean will not take part in the Abu Dhabi Grand Prix, his Haas team have confirmed, as he continues to recover from his burns.

Next week’s season finale at the Yas Marina circuit was due to be Grosjean’s final start in a Formula 1 car before leaving the team. Haas has announced he will return to his home in Switzerland to continue his recovery from the injuries he sustained in last week’s fiery crash in the Bahrain Grand Prix.

Pietro Fittipaldi, who is substituting for Grosjean in this weekend’s Sakhir Grand Prix, will drive for the team again in Abu Dhabi.

“We’ve tried as much as we could with the doctor to recover and to repair my hand, but the risk of racing is too big for my recovery and my health,” said Grosjean. “So the decision was made that I’m not going to race.

“It’s one of the hardest decisions of my life, but it’s obviously one of the wisest. I will miss the team, but I will be supporting them as ever.”

Grosjean suffered burns to both hands when his car caught fire after he crashed on the first lap of last week’s race. The burns to his left hand are particularly severe, he said on Friday.

Haas team principal Guenther Steiner said he was “very sorry” Grosjean will not be able to drive for the team in Abu Dhabi. “But we are all in agreement that he has to take the best course of action regarding his treatment and recovery from last Sunday’s incident.

“Romain has shown exceptional bravery and amazing spirit over the last few days. We know how badly he wanted to be able to return to the cockpit of the VF-20 in Abu Dhabi. And we all would have loved him to have been there too.”

Grosjean is absent from Haas’s line-up for the first time in their history this weekend. He joined the team for its debut in 2016 from Lotus.

“Romain believed in our Formula 1 project at the very start,” said Steiner. “He committed to drive for us before we’d even built a car.

“There is no doubting the determination and sheer effort he has put into helping us to achieve what we have as a young team in Formula 1. We will forever be grateful for that belief and commitment. It is those qualities, his drive and ambition, that I’m sure will aid him on his recovery.

“On behalf of Gene Haas and myself, together with the whole Haas F1 Team operation, we wish Romain well and a return to full health.”