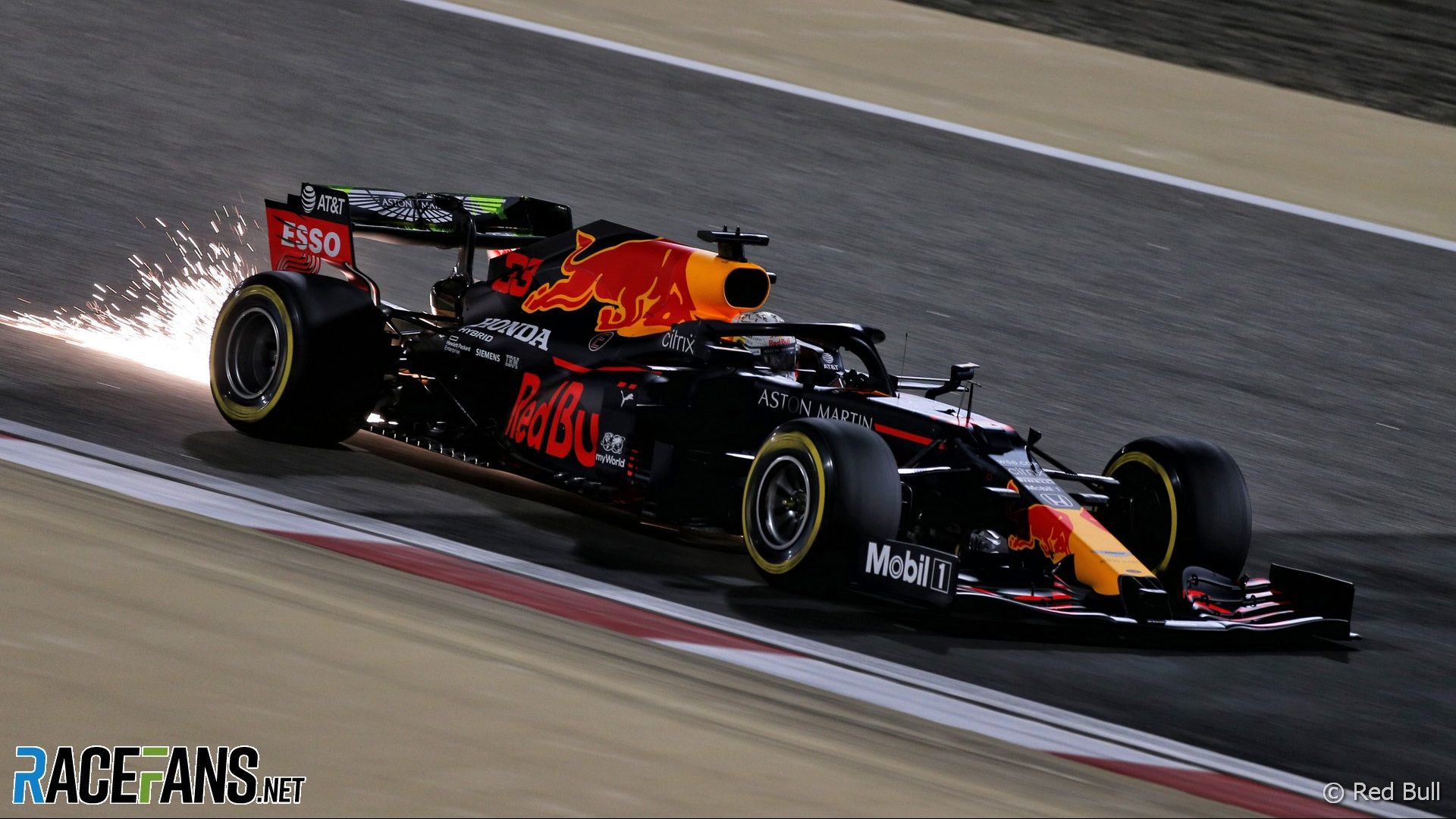 Max Verstappen put Red Bull on top in the final practice session for the Sakhir Grand Prix, relegating Mercedes’ Valtteri Bottas to second place by two tenths of a second.

Verstappen recovered from a spin at turn two early on in the session, on hard tyres. Similarly to Sebastian Vettel’s incident in second practice, Verstappen skidded across the track and ended up facing the wrong way, in the run-off area.

There were relatively few other spins, bar a strange, last-minute incident for Charles Leclerc at the final corner that marred his in-lap in the session’s last few seconds.

George Russell, who led yesterday’s two practice sessions, was unable to set a faster time than Bottas at any point, finishing seventh-fastest behind Pierre Gasly, Esteban Ocon, Lando Norris and Alex Albon. His Mercedes team said he hadn’t been able to put a clean lap together, and had time left to find in turn one.

In the closely-matched field – the top 15 were separated by less than a second – Russell was the only driver not to improve on his best time from Friday.

The Ferraris once again looked briefly promising before slipping down the order, Vettel at one point splitting Bottas and Russell at the top of the times. However, his session ended slightly early with a precautionary power unit change ahead of qualifying. He will avoid a penalty, though the same cannot be said of Haas newcomer Pietro Fittipaldi, who will start last after two parts on his power unit were changed.

Gasly had another strong session, after first practice saw the AlphaTauri cars next-fastest after Mercedes and Red Bull, finishing the session third and only three tenths of a second away from Verstappen’s time. Team mate Kvyat, however, showed the consequences of traffic – after repeatedly complaining about being held up, he finished 12th fastest, four-tenths down on Gasly.

Renault suffered a similar split – Ocon has been consistently out-paced by Daniel Ricciardo but finished fourth fastest, two hundredths behind Gasly while Ricciardo was 14th between the Ferraris. A negative Friday for McLaren seemed somewhat resolved by Lando Norris taking fifth fastest, although he was a tenth-and-a-half back from Ocon.

Fittpaldi was first out on track and spent the initial ten minutes of the session entirely alone, a traffic-free opportunity unlikely to be replicated in any other sessions at Sakhir. Much of the rest of the session, once other cars joined, was ruled by traffic with teams trying to position drivers on the crowded track.