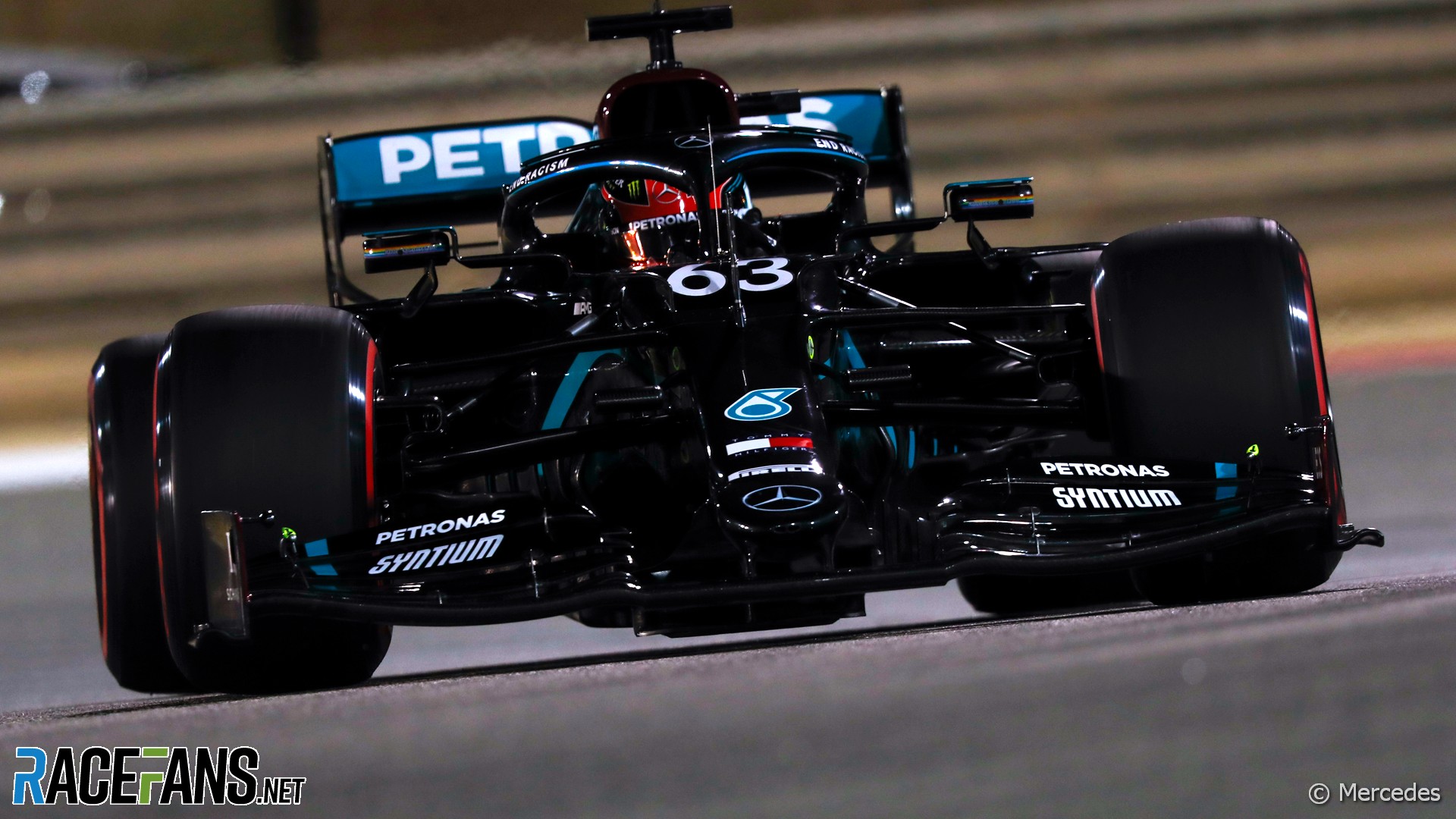 George Russell said he was disappointed to miss pole position by just two-hundredths of a second in his first weekend with Mercedes.

Valtteri Bottas took pole position by just 0.026 seconds ahead of Russell, who is standing in for Lewis Hamilton.

Russell last tested for the team at the end of 2019. He said the short process of stepping up to the team has been a challenge.

“It’s been incredibly intense, so much stuff to learn. Getting used to the car, the seat, everything. It’s just so different, it felt really alien to begin with, just a very different way of driving. I’m trying to unlearn what I learned at Williams and relearn how to drive this car fast.”

Having led both practice sessions yesterday, Russell was slower in the final hour of running before qualifying this morning.

“I tried a lot of things in final practice and it didn’t go well at all so to be honest I’d’ve been happy just to get through to Q3 after final practice,” he said.

“So I’m really pleased, we got it all pretty much together on the final lap. Obviously I’m gutted to miss out on pole by 20 milliseconds but if you told me last week I’d been qualifying second on the grid I think I wouldn’t have believed you.”

Russell said he was pleased to have got so close to a drive who has “pushed Lewis a huge amount in qualifying over the years.

“I think statistically there’s only been a tenth between them and we all know how great Lewis is. So just to be right behind Valtteri, coming in last minute, two days of prep, I’m pleased. So let’s see what we can do tomorrow.”