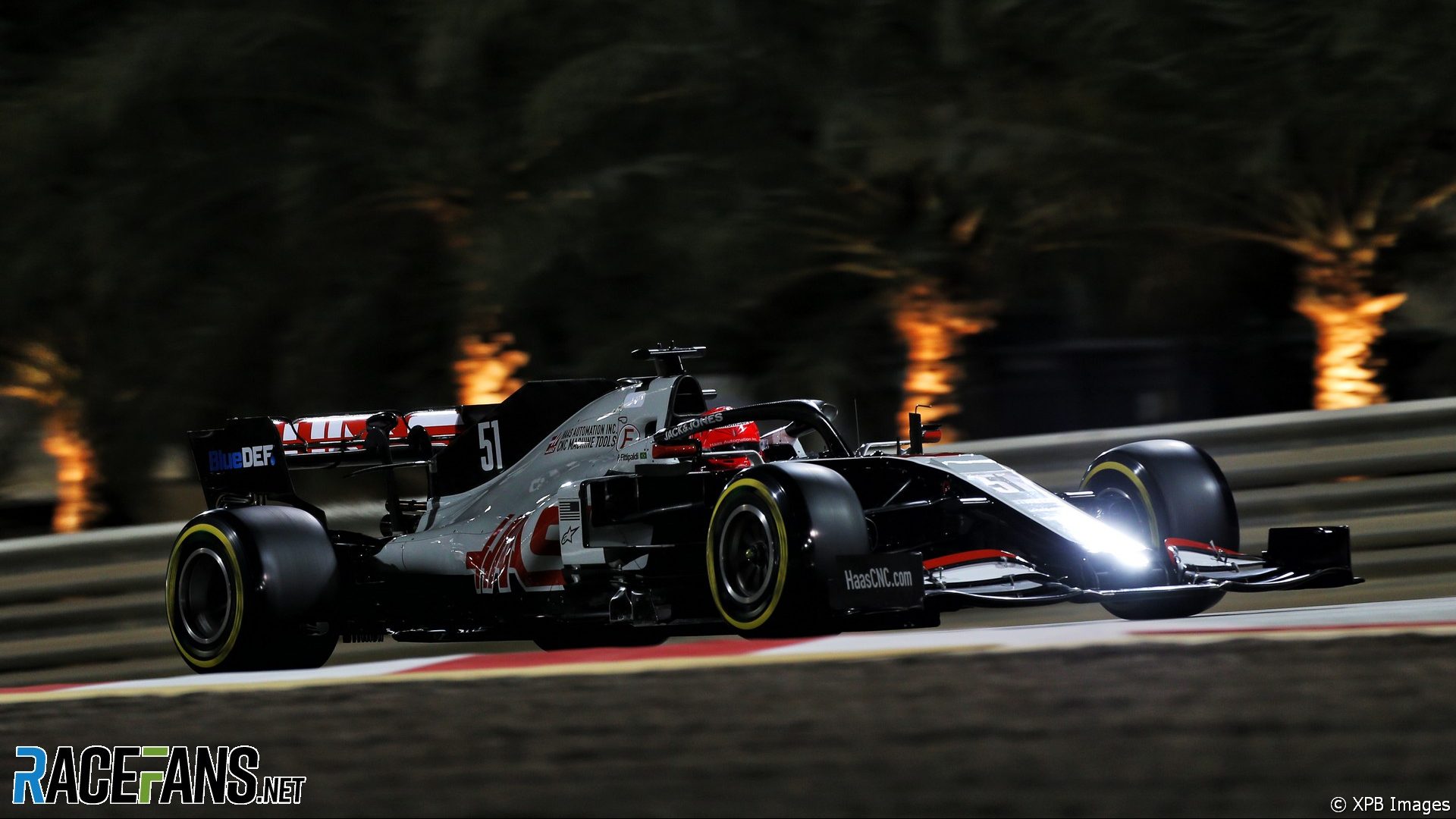 The two drivers making their Formula 1 debuts this weekend were satisfied with their first day at the wheel.

Pietro Fittipaldi and Jack Aitken ended Friday at the bottom of the practice times, in two of the slowest cars in the field, but enjoyed productive starts to the Sakhir Grand Prix.

“It was fantastic, it’s exciting,” enthused Haas reserve driver Fittipaldi, who is racing for the first time in any category since February. “It was one year since I’ve driven the F1 car, eight months since I’ve driven anything.”

Fittipaldi said it felt “crazy” to be “on the big stage now” after replacing the injured Romain Grosjean at Haas.

“This is the big leagues. So you go out in first practice and it’s different because there’s a bunch of cameras, everyone filming, taking pictures. So you’ve got to just keep focussed, keep calm.

Having driven so little since his last F1 test at the end of 2019, Fittipaldi found he made significant progress every time he left the garage.

“You always make a step because when you do something, you sleep on it and come back. It’s a similar situation. When you make a run, you come back in the box. You have 10 minutes to have a think about it, go back out and you always you always improve.

“Since I haven’t been in the car in a year, I knew that those steps were going to be big every time I would come in the box. So that’s what we did.”

Kevin Magnussen said his new team mate had “done really well” on his debut. “It’s a big ask to get thrown into a car a couple of days before the race weekend with no testing. I think he’s gotten up to speed really well. Hopefully he’s enjoying it.”

Williams reserve driver Aitken is making his F1 debut this weekend in place of George Russell. He had “a couple of slip-ups, but nothing too major” over the course of his 91 laps in the FW43.

Unlike Fittipaldi, Aitken has already driven the car he is racing this weekend once already this year.

“The first few laps in FP1 I was just sort of remembering things from when I did first practice in Austria and it was all pretty familiar,” he said. “I got up to speed fairly.

“There’s a little bit of work to be done on one-lap pace, especially because it seems to be a really peaky tyre, one lap and then it’s gone. But the race run was pretty encouraging. So I’m pretty happy.”