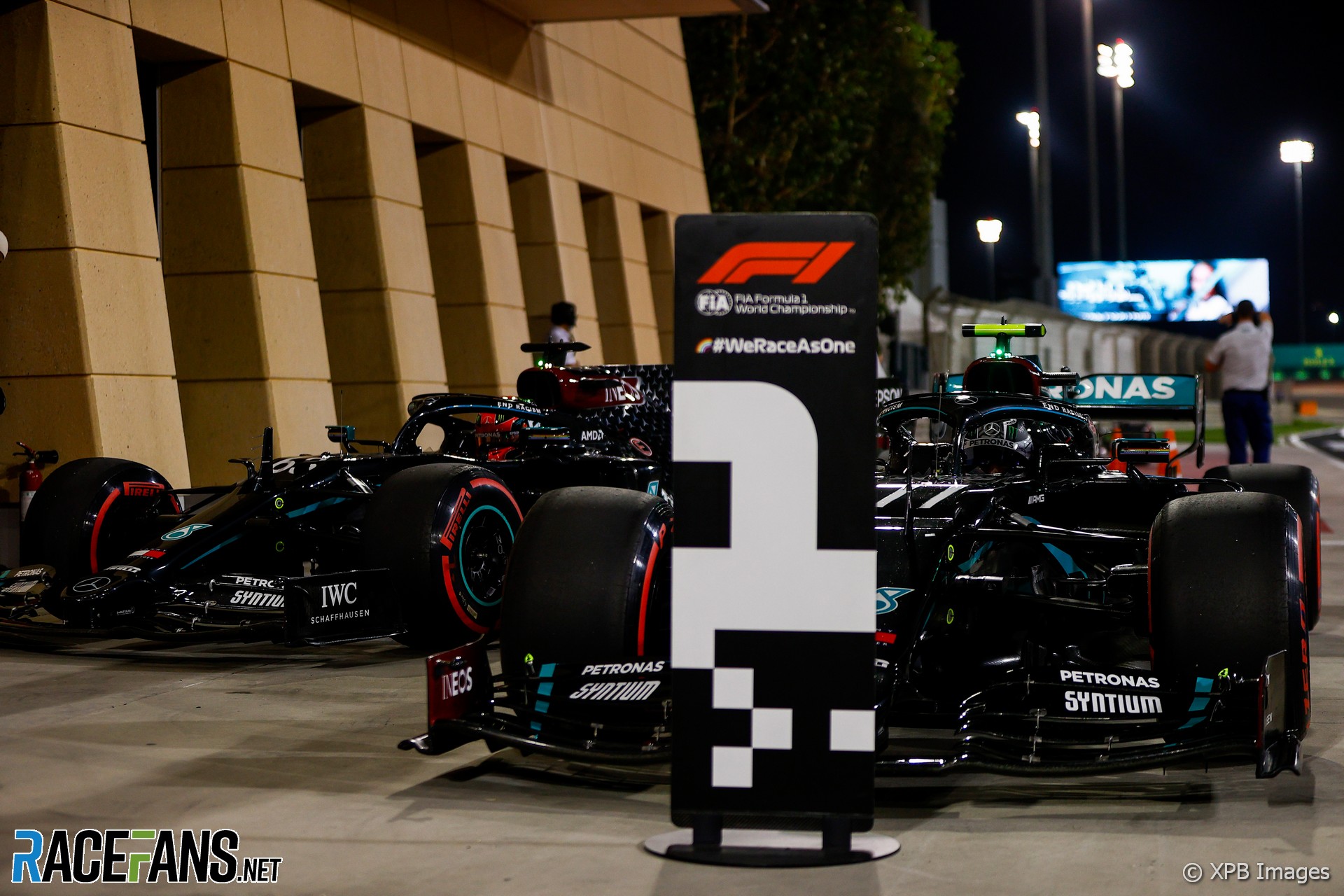 Valtteri Bottas said he was disappointed not to improve on his final flying lap in qualifying despite taking pole position for tomorrow’s race.

The Mercedes driver said not being able to run in the slipstream of another car on his final lap cost him time.

“The main thing [is] there was no cars ahead of me so no tow at all,” he said. “I could see and feel that I was not so fast on the straights.

“The corners were quite OK still, I would say I didn’t quite nail turn seven and eight, and maybe turn 10 exit. It is a tricky circuit to get everything right with the twisty sections and everything. [I’m] just happy it was enough for pole.”

George Russell, who has replaced Lewis Hamilton at the team this weekend, ended qualifying just two-hundredths of a second behind Bottas. The newcomer also headed both practice sessions on Friday.

“Yesterday was quite a tricky day for me personally but today was a lot better,” said Bottas. “The car felt more complete and more driveable so I could really build on it lap by lap in practice three and then with a good feeling in the qualifying.

“I’m just slightly disappointed in myself at the end with the lap I didn’t improve at the end. I was also the only car without any tow, the lap was not that great so I couldn’t improve on the last run.”

Bottas said it was difficult to find time around the short, 53-second lap, but he was impressed by the job Russell did.

“On a track like this, you can’t really make a big difference so the gaps are really small as you can see,” he said.

“But I have to say George really did a good job. He was really building up to it and I could see the progress in qualifying. So I’m really happy for us as a team that we can be one-two on the grid. It’s another big achievement for us.”

7 comments on “Bottas “slightly disappointed in myself” despite pole, impressed by Russell”