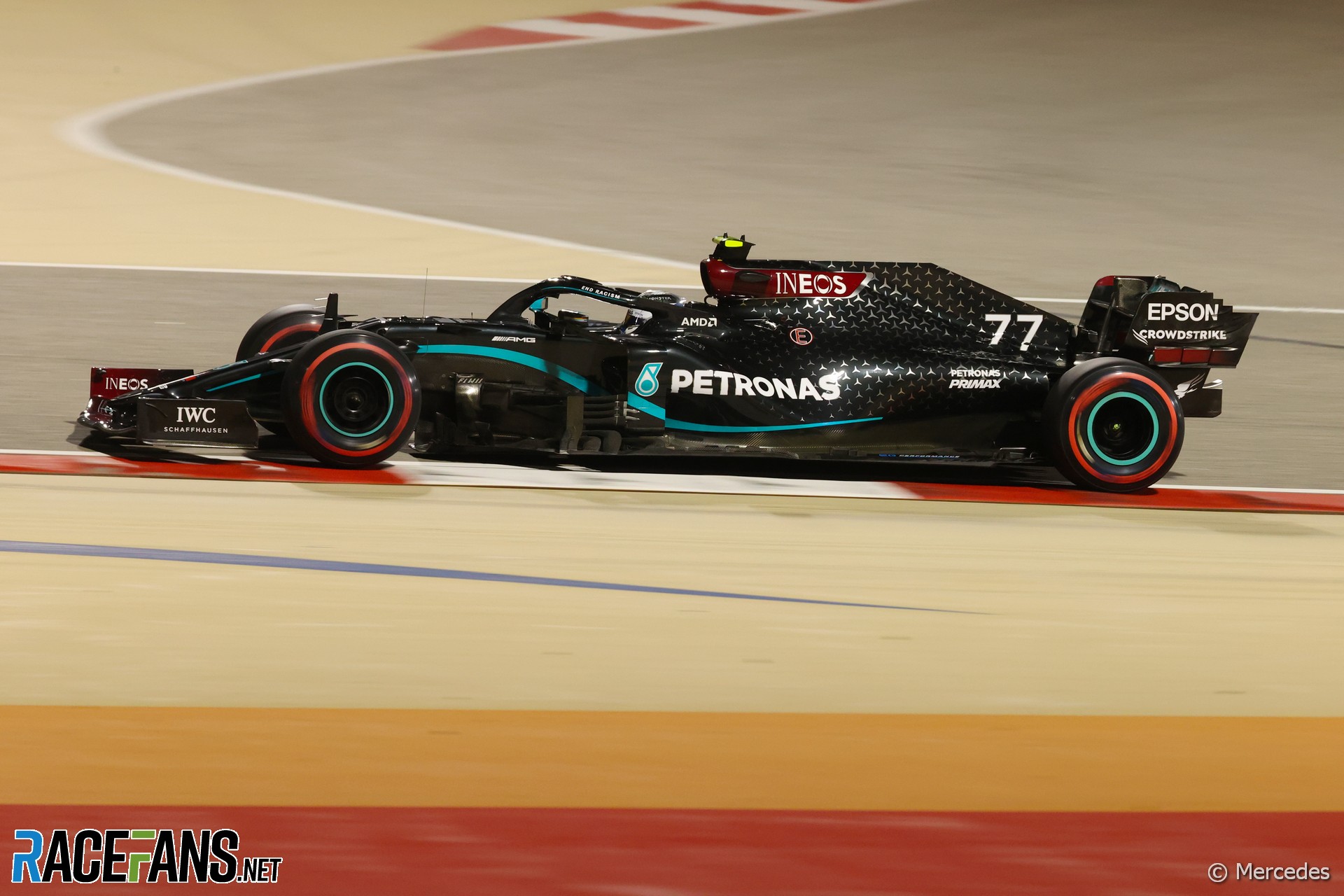 The record for the shortest ever lap of an F1 circuit was broken – indeed, smashed – by Valtteri Bottas on the Bahrain Outer circuit today.

Sub-one minute laps are rare but not unheard of in Formula 1. But we haven’t regularly seen them since the championship raced at the compact Dijon circuit in France.

There in 1974 Niki Lauda – a non-executive director at Mercedes until his death last year – set the previous record for the shortest lap of an F1 circuit. He put his Ferrari on pole position with a lap of 58.790 seconds.

But arguably the more interesting feature of qualifying was not who set the pole position time, but who almost did. George Russell, on his debut for Mercedes, was just fractionally slower than Bottas, the pair separated by 0.026 seconds.

They were the most closely-matched team mates today. Curiously, the next-closest fight was at Russell’s former team, Williams, where Nicholas Latifi beat newcomer Jack Aitken by 0.096 seconds.