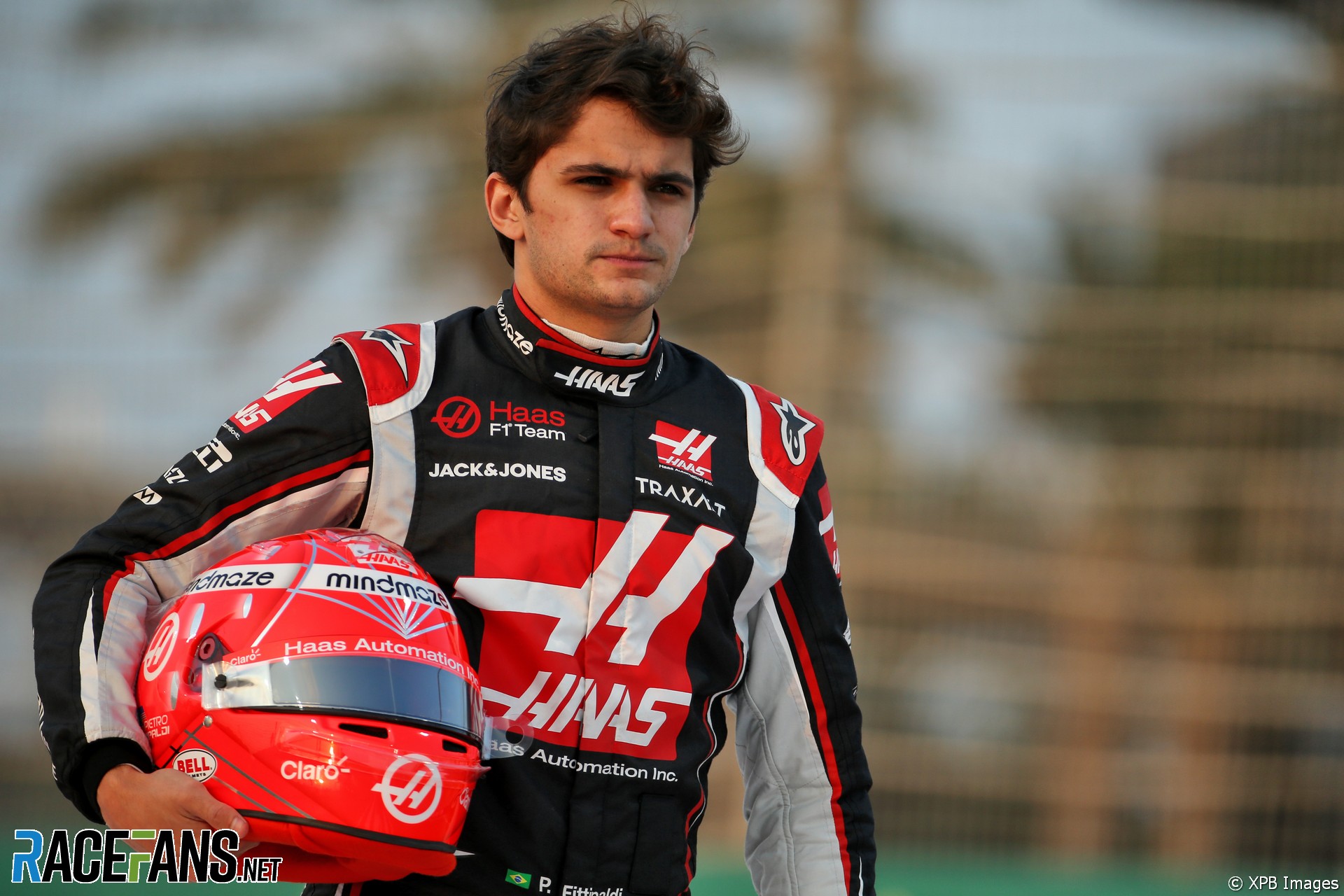 Pietro Fittipaldi said he is achieving a childhood dream by making his Formula 1 debut, but wishes it had come in better circumstances.

Haas’s reserve driver will start his first F1 race this weekend in place of Romain Grosjean, who is recovering from the burns he suffered to his hands in a first-lap crash at the Bahrain Grand Prix.

Fittipaldi narrowly qualified for an F1 superlicence by finishing fifth in the Asian F3 series earlier this year. He said it was a “great feeling” to get the chance to make his debut but acknowledged the unfortunate situation which had led to it.

“I’ve been dreaming of racing Formula 1 since I started racing,” said the 24-year-old. “I was four years old when I started karting. So it’s surreal.

“Obviously, it’s not under the best circumstances, my debut, with Romain having his crash. But he’s very lucky – obviously he burned his hands and he hurt his foot – but very lucky to come out of that the way he did.

“It’s really a miracle, and I got my debut that way, so it’s difficult. But obviously I’m happy with the opportunity, I’m grateful to the team for the trust they have in me and I’m looking forward to to going out already.”

Having not taken a start since the Asian F3 finale in February, Fittipaldi said race fitness will be the “most difficult” aspect of his debut.

“I don’t know how this track is going to be physically. It’s a shorter track, longer straights, fewer corners, but heavy braking zones. The speed and rhythm are probably going to be the most difficult part and then physically as well.

“But the team’s been doing a great job in helping me and as well as Kevin [Magnussen]. It’s been great to have him as my team mate and Romain as well, I’ve been speaking to him and he’s been very supportive.”

Fittipaldi will be the fourth member of his family to race in Formula 1. The first was his grandfather Emerson Fittipaldi, who won the world championship in 1972 and 1974.

The two-champion has given Fittipaldi advice on his debut, said the rookie, “and also my uncle Max [Papis] and Christian.

“All of them said to first enjoy it [because]w you never have your first debut in Formula 1 again. So really go out there, enjoy it, take it step by step and then pedal to the metal.”

4 comments on “Dream F1 debut “not under the best circumstances”, admits Fittipaldi”