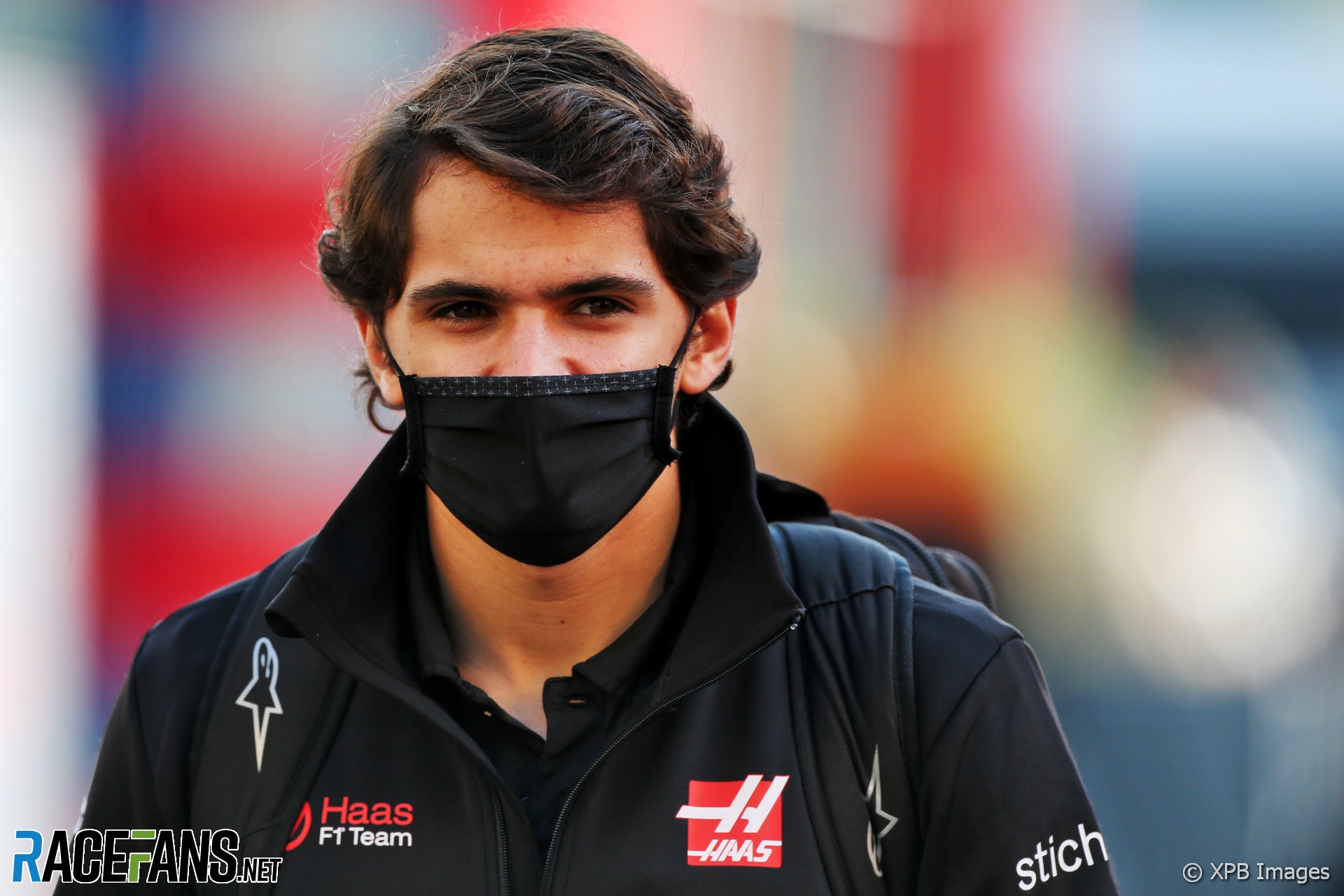 Pietro Fittipaldi will make his Formula 1 debut in this weekend’s Sakhir Grand Prix as a substitute for Romain Grosjean, Haas have confirmed.

Team principal Guenther Steiner said Grosjean “will miss at least one race” after sustaining burns to his hands in yesterday’s crash during the Bahrain Grand Prix.

“After it was decided that the best thing for Romain was to skip at least one race, the choice to put Pietro in the car was pretty easy,” said Steiner.

“Pietro will drive the VF-20 and he’s familiar with us having been around the team for the past two seasons as a test and reserve driver. It’s the right thing to do and it’s obviously a good opportunity for him.

“He’s been patient and was always prepared for this opportunity – and now it has come. That’s why we want him in the car and I’m sure he’ll do a good job. It’s very demanding being called in at the last minute, but as I said, I think it’s the right thing to do for Haas F1 Team.”

Fittipaldi won the Formula V8 3.5 World Series in 2017 and later raced in the World Endurance Championship and IndyCar. He has since worked for Haas as their simulator driver.

“Most importantly I’m happy Romain (Grosjean) is safe and healthy,” said Fittipaldi. “We’re all very happy his injuries are relatively minor after such a huge incident.

“Obviously, it’s not an ideal set of circumstances to get my first opportunity to compete in Formula 1, but I’m extremely grateful to Gene Haas and Guenther Steiner for their faith in putting me behind the wheel this weekend.

“I’ve been with the team a lot this season, both trackside and working on simulator sessions, so I’m familiar with the team’s operating procedures on a grand prix weekend. It’s going to be exciting to make my first career start in Formula 1 – I’ll be giving it my all and I look forward to starting in free practice on Friday in Bahrain.”

Fittipaldi is the grandson of 1972 and 1974 world champion Emerson Fittipaldi. Two other members of his family, Wilson Fittipaldi and Christian Fittipaldi, previously raced in F1.