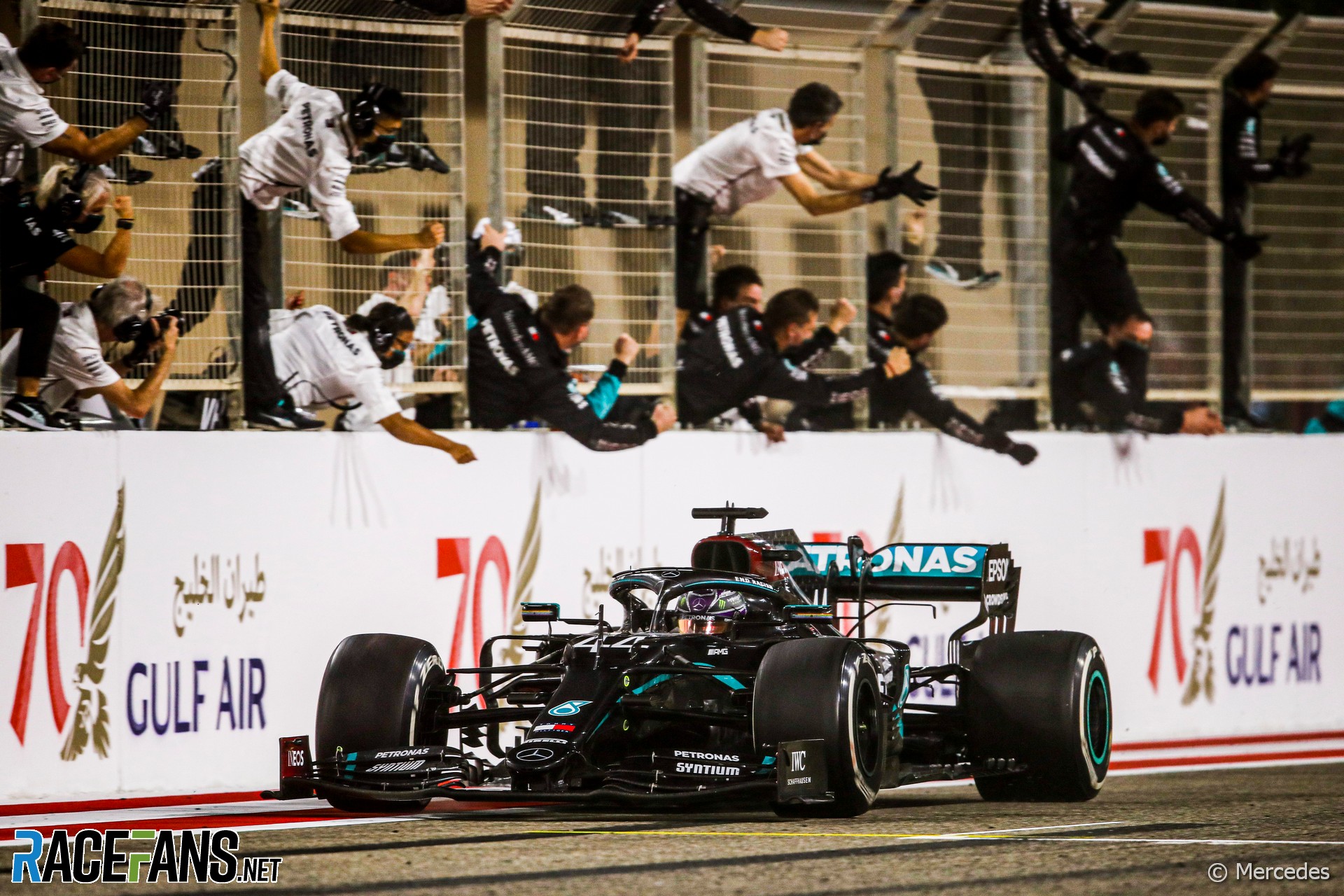 Once the dramatic events of Sunday’s Bahrain Grand Prix had passed, the result was not unlike many races this year: Lewis Hamilton won from pole position.

This was the 95th win of his career and also his fifth in a row. That equalled his personal best winning streak. But, surprisingly for the sport’s most successful driver ever, seven other drivers have managed streaks as long or longer.

Nigel Mansell, Jim Clark and Jack Brabham all won five in a row. Michael Schumacher reached seven as did Nico Rosberg as he began the campaign which inflicted Hamilton’s last championship defeat, in 2016.

Alberto Ascari won seven successive races but also managed wins in nine consecutive appearances (excluding the 1953 Indianapolis 500, which was part of the world championship at the time, which he did not enter). Finally, Sebastian Vettel won nine races in a row in 2013.

If Hamilton wins the next two races he will equal the record of 13 wins in a season held by Vettel and Schumacher. They achieved those feats in longer seasons: Just 17 races are being held this year compared to 18 in 2004 for Schumacher and 19 in 2013 for Vettel.

If Hamilton takes pole position in the next two races, he will become the first driver in Formula 1 history to reach 100 during his career.

There are measures of Hamilton’s dominance everywhere you look. He’s now led 68.4% of all laps raced this season, which is the fourth-highest ever, behind Ascari’s crushingly dominant 1952 and 1953 titles (over 77% of all laps led) and Clark’s 1963 title win (71%).

Behind Hamilton, Red Bull achieved their first double podium finish of the year, and the first for Max Verstappen and Alexander Albon as team mates. It was a harsh blow for Sergio Perez, whose late-race MGU-K failure cost him what would have been the first consecutive podium finishes of his career (he had two in three races in 2016).

Verstappen grabbed the fastest lap, which was the 10th of his career, putting him level with Graham Hill, John Surtees and Mario Andretti. He also set nine out of the 10 fastest laps of the race – the other went to Daniel Ricciardo.

For the second race in a row, Carlos Sainz Jnr started 15th but climbed 10 places to finish fifth. However it wasn’t enough to stop team mate Lando Norris reversing his one-point lead over him in the drivers championship.

Finally, the 80-minute delay caused by Romain Grosjean’s crash meant the race lasted a whisker under three hours. Hamilton won in two hours, 59 minutes and 47.515 seconds. It was the longest race since the soaked 2016 Brazilian Grand Prix, which Hamilton won, taking just over a minute longer to do so than he did yesterday.

Have you spotted any other interesting stats and facts from the Bahrain Grand Prix? Share the most intriguing numbers you’ve noticed in the comments.