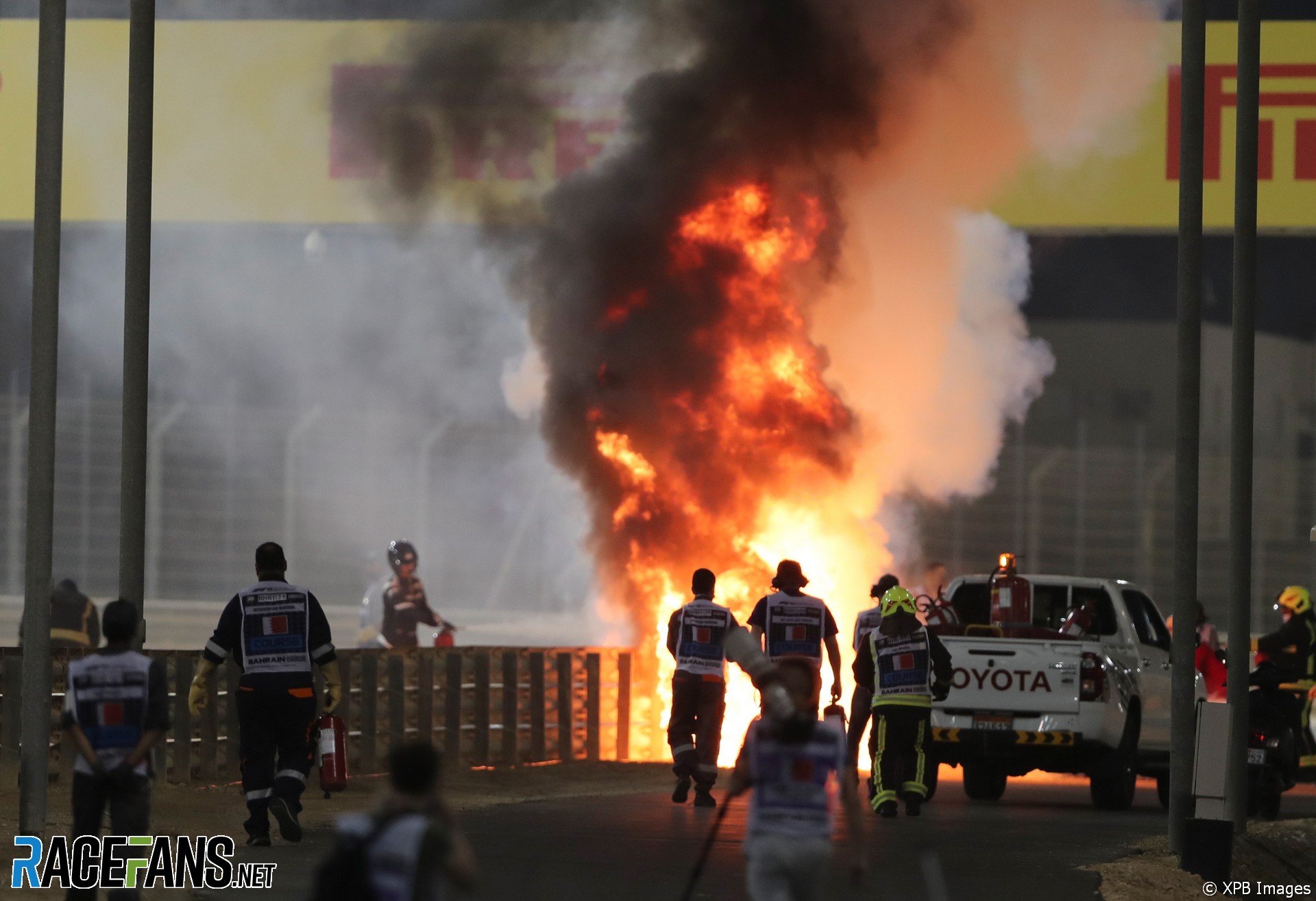 The FIA has begun its investigation into Romain Grosjean’s fiery crash in yesterday’s Bahrain Grand Prix.

The Haas driver sustained burns to the back of his hands in the crash, which catapulted the front half of his VF-20 chassis through a barrier. Grosjean spent 28 seconds in the burning wreckage before freeing himself.

Formula 1 race director Michael Masi praised the quick reaction of the safety team in attending to the biggest fire seen at a grand prix in decades.

“The guys here at the Bahrain International Circuit did an amazing job,” he said. “Credit where credit’s due: From all facets of that incident response be it marshals, fire marshals, our amazing medical team Alan van der Merwe and Dr Ian Roberts, the management from a race control perspective – it’s not just one little piece, it’s everyone working together. So it’s a credit to everyone involved.”

Several drivers have already expressed concern at the fast Grosjean’s car was able to penetrate the barrier, broke in two and caught fire. Masi said every aspect of the crash will be closely scrutinised by the FIA and all relevant parties will be consulted.

“With every with every incident, but more so with every major incident, the FIA safety department leads the investigation.

“The single seater department, of which F1 is a part from a technical perspective, has an involvement. The F1 teams and the technical directors will be involved. The circuits commission will be involved [on] circuit safety.

“All of the various parts of the FIA group as a whole and all the respective subject matter experts really will review this particular area and see what can be learnt, what can be improved.

“With small, large and in-between incidents, there’s always something to be learnt. It’s a credit to the safety systems that we have as a whole and our entire safety package and the way the FIA has been working through it all over many, many years, that Romain came out relatively – all things considered – unscathed.”