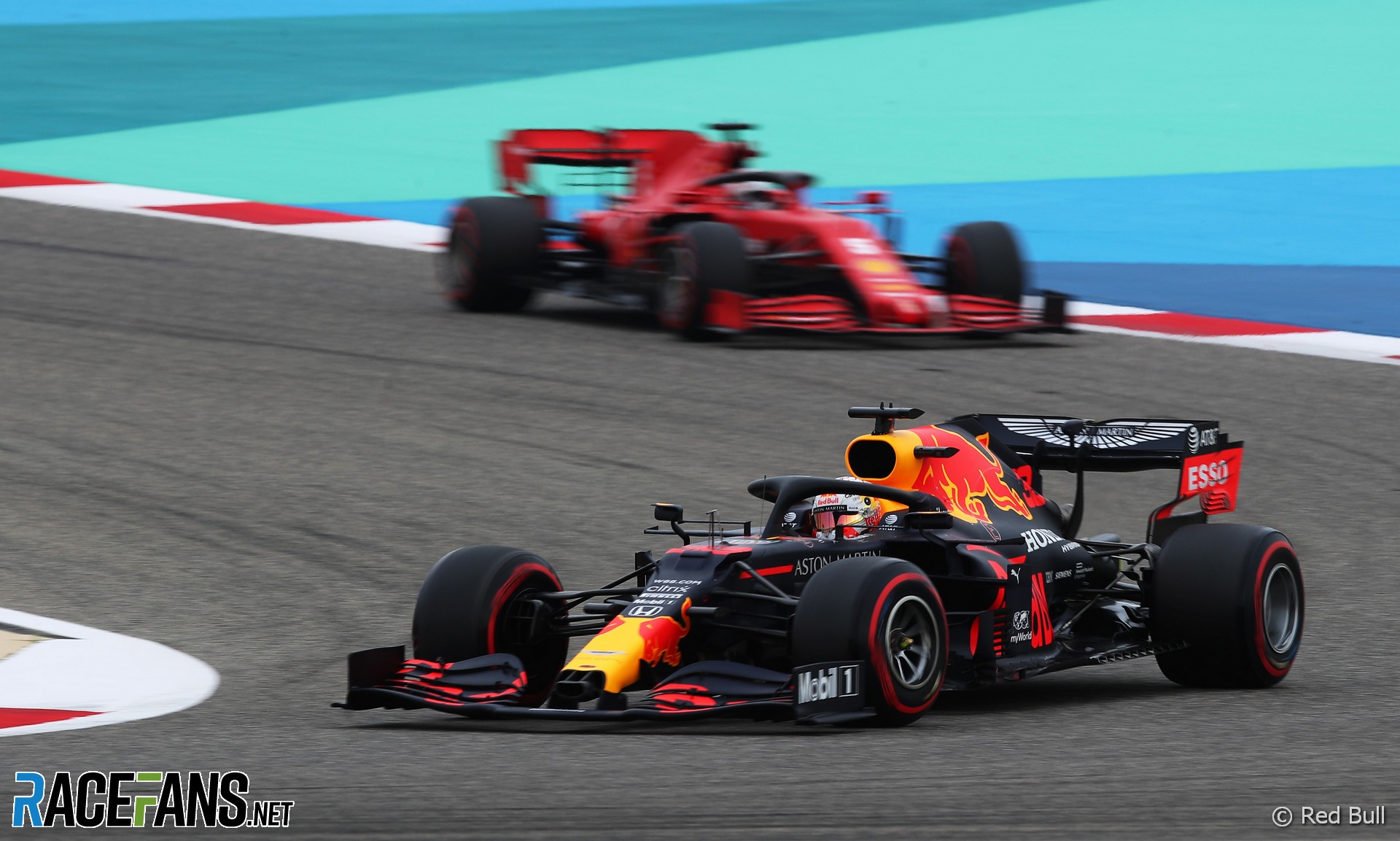 Max Verstappen put Red Bull on top ahead of qualifying for the Bahrain Grand Prix, leading the Mercedes pair by almost three tenths of a second.

Team mate Alexander Albon, whose Red Bull chassis was replaced overnight following his heavy crash in second practice, took fourth place behind the two W11s, but over six-tenths of a second slower than his team mate.

The McLaren pair ran strongly, Carlos Sainz Jnr taking fifth place, a tenth ahead of his team mate, the pair separated by Pierre Gasly’s AlphaTauri. Daniil Kvyat in the other AlphaTauri and the two Racing Points completed the top 10.

As usual, few cars took to the track during the opening 20 minutes of final practice in Bahrain. The session is run in daylight under warmer conditions than typically seen in the race or qualifying, making it less representative. Kimi Raikkonen, who sat out first practice yesterday while Robert Kubica drove his car, was the first driver to set a time and few others ventured out during the first third of the session.

Alexander Albon was the first of the front-runners to hit the circuit. His team mate swiftly moved to the top of the times after he joined the track. However Verstappen suffered a setback at the end of his run when his DRS flap began oscillating while open. His race engineer told him to “cancel DRS” before returning to the pits.

The Mercedes pair demoted Verstappen back to third on their subsequent runs, but Verstappen had more pace in hand when he reappeared, despite his DRS flap still moving more than usual while open. He put three clean sectors together and lowered the best time to a 1’28.355, half a second quicker than yesterday’s benchmark.

For the third session in a row, none of the Ferrari-powered cars featured in the top 10. Sebastian Vettel was the quickest Ferrari representative in 13th behind the Renaults, while Charles Leclerc described his final run as a “horrible lap” and took the chequered flag 15th.

Romain Grosjean was the quicker of the two Haas drivers but sounded thoroughly unimpressed with his car’s handling. “If you have any suggestions you’re more than welcome to mention them,” he told his team.

Hamilton came to a stop at the pit lane exit at the end of the session as the red light had come on before he was able to line up to make a practice start.