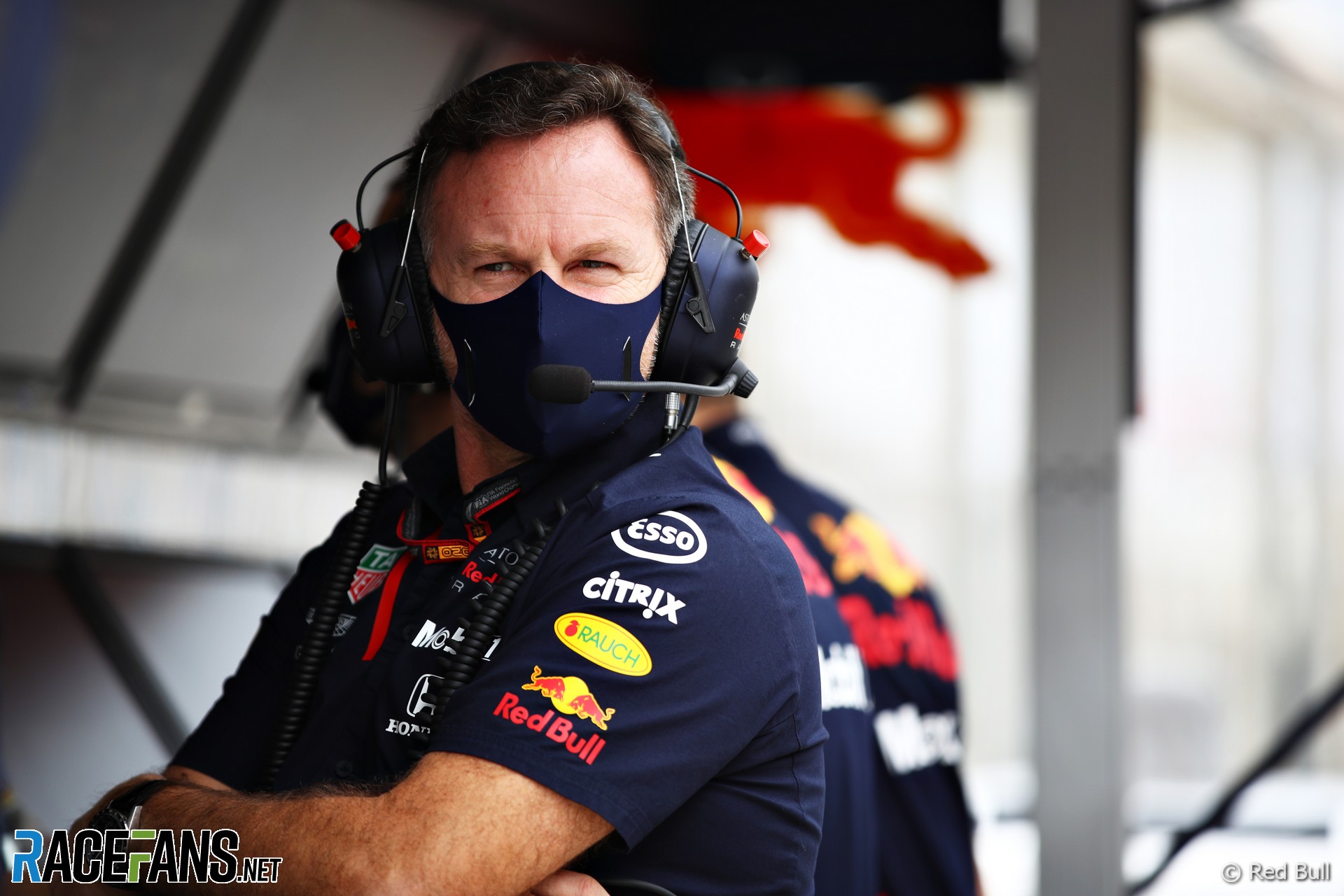 Red Bull team principal Christian Horner has called on rivals to support a freeze on engine development and new rules to “converge” the performance between power units.

Yesterday Ferrari, which previously opposed plans for a freeze, indicated it may support one if other concessions are given. Team principal Mattia Binotto raised the idea of adding a mechanism of convergence, potentially using different fuel flow levels, to bring the power units closer in performance.

Red Bull has lobbied the sport to introduce an engine freeze at the end of the 2021 F1 season, when its current engine supplier Honda will withdraw from the sport. The team wants to continue using Honda’s power units without incurring development costs.

Horner said freezing the engines at the end of next season would ease the financial burden on teams ahead of the introduction of a new engine formula in the mid-2020s.

“I think it’s important for Formula 1 generally [because] as we approach in 2026, maybe even ’25, a new engine for Formula 1, the levels of investment that are required under these current engines is just so prohibitive. For all the manufacturers the responsible thing to do, to ensure costs are brought under control before embarking on a new journey with the engine, is to freeze the engine.”

However Horner agreed with Binotto’s view that a freeze on engine development shouldn’t mean locking in a performance disadvantage for any one manufacturer.

“Obviously with that comes, if somebody has undershot, there has to be the ability to correct at a certain juncture. That should be down to the FIA to obviously police and navigate.”

Ferrari and Honda have already confirmed they will introduce new power units next year. Horner believes F1’s other two manufacturers should support the freeze and performance convergence.

“Renault have a new engine for 2022 so I wouldn’t understand [them opposing it],” he said. “Mercedes have the most dominant engine.

“[But] obviously cost is very sensitive [for] everybody. I mean, we’ve lost one manufacturer, we don’t want to lose any more. And I think that these engines have been around now for six seasons, it’s the relevant time to take action.”