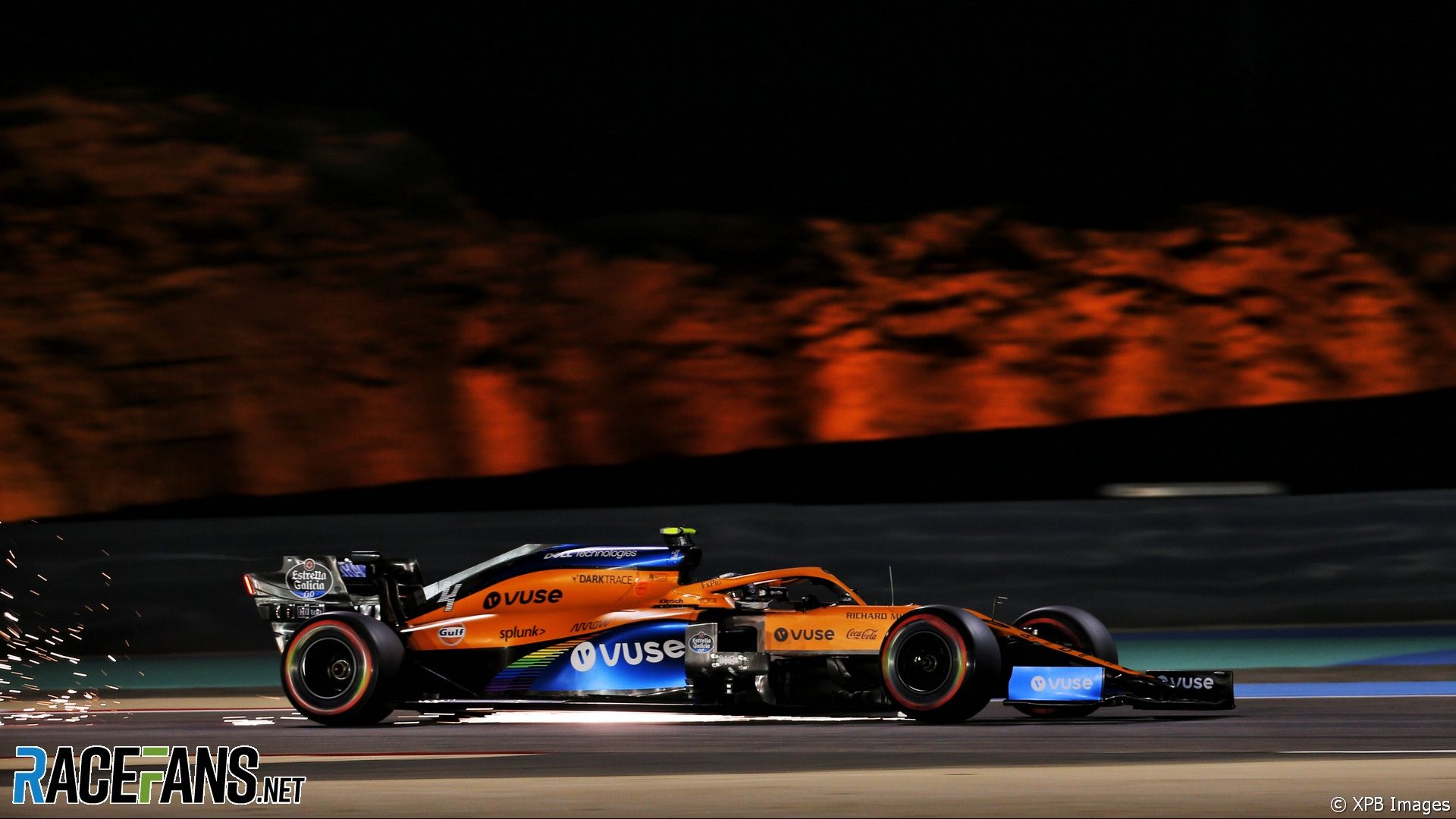 Lando Norris said he could have qualified on the third row of the grid had he not made a mistake at turn one during his final qualifying lap.

He said the mistake cost him the chance to qualify in front of the two Renault drivers, who are McLaren’s close rivals in the contest for third place in the constructors championship.

“I made a mistake at turn one which cost me one and a half to two tenths,” said Norris. “Which is pretty frustrating because obviously two tenths would have put me probably behind Perez.

“I don’t think we could have beaten Perez but it would have put me behind him which would have been sixth and ahead of both Renaults.

“So there was a bit more potential today. It wasn’t like we didn’t have the speed, I think we did. But I made one mistake at turn one and it proved costly today. It shows how close it is but also it shows just how difficult it is to put everything together and one mistake can be three or four positions.”

Norris was the only McLaren driver to reach Q3 after a brake-by-wire problem on Carlos Sainz Jnr’s car caused a brake lock-up during Q2 at the same corner put him out of qualifying.

Team principal Andreas Seidl said it was “a disappointment that we couldn’t maximise what was potentially possible” with both cars during the session.

“We had a competitive car yesterday and also today in the morning and in qualifying up to the point where Carlos had to finish his qualifying unfortunately early,” he said. “And it was going well in terms of strategy, progressing to quali three with the medium tyres.

“Everything went according to plan on Lando’s side. But then unfortunately with a mistake in turn one we simply couldn’t make this tenth [of a second] that we have to make in quali three in order to go for the positions higher up.

“I agree we had the potential to be close to Perez today but in the end it doesn’t count what would have been possible. It only counts what is the final result. It simply means we have to try to make up for it tomorrow and do a better job next time.”

One comment on “Norris frustrated as error leaves him behind Renaults”