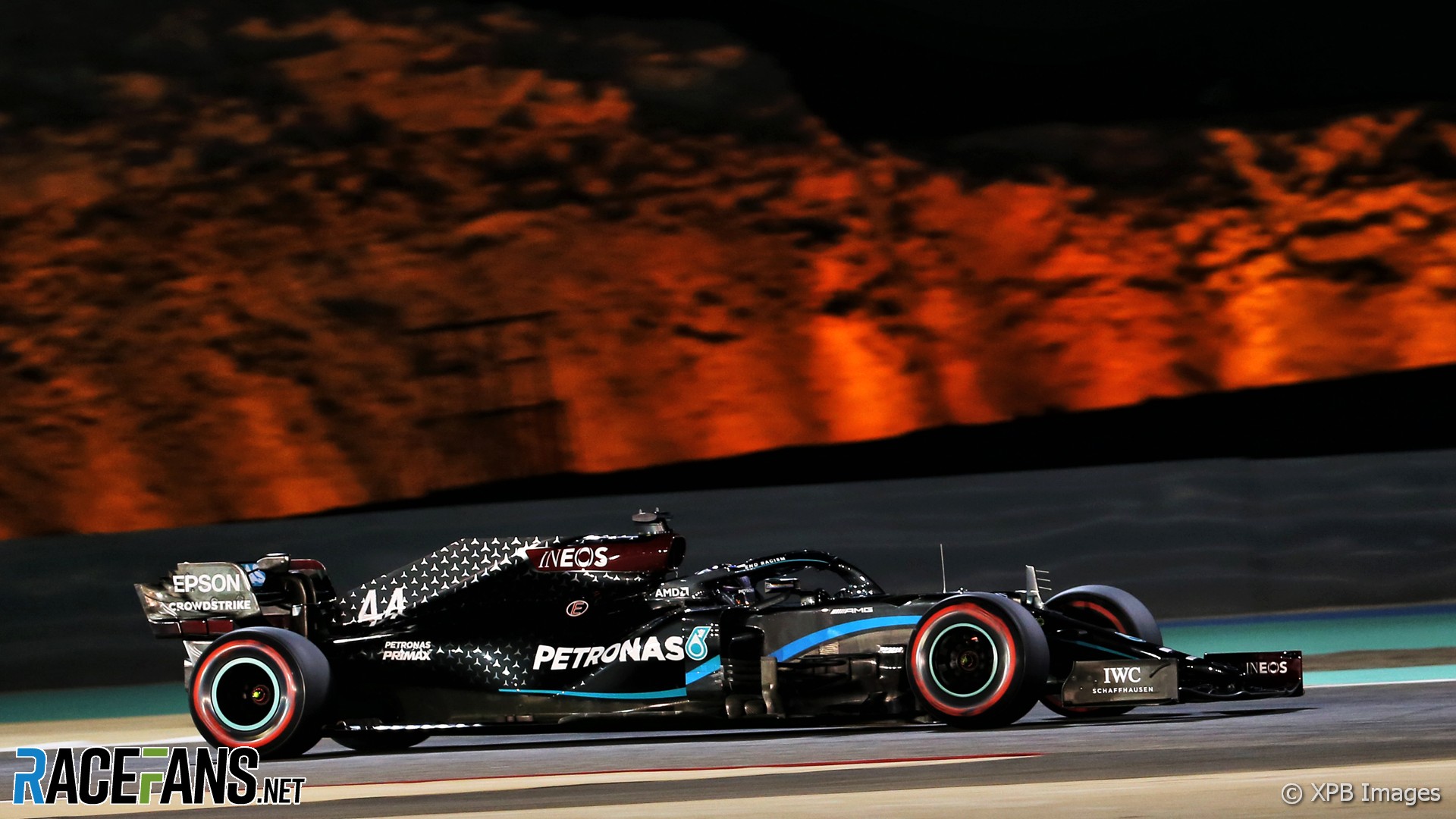 The championship silverware is safely stashed away for a seventh consecutive season but Lewis Hamilton and Mercedes were never going to ease up.

Sure enough, he led their 11th front row lock-out from the 15 races so far. If it hadn’t been for his grid penalty at the season-opener, they’d have a dozen.

One interesting detail of Hamilton’s final qualifying lap was that none of his first five mini-sector times (out of 27) were a personal best. Did he make a mistake or was this a deliberate tactic to sacrifice some of his pace at the beginning of the lap to ensure his soft tyres did not fade before he finished it?

“I can tell you that I didn’t make any mistakes,” said Hamilton, though he was keen not to give any of his “trade secrets” away.

“Look, we do these really slow out-laps and each time we’re trying to have the tyres in the optimal window for the start. Each time we go out, they can vary between one and five degrees so most of often the result of that discrepancy is tyre temp.

“They generally get better to a point in the lap and then they start going over temp and then you start struggling with the tyre a little bit more and so that’s some of the answer.”

Comparing the spread of Hamilton’s outright best (purple), personal best (green) and unimproved (yellow) mini-sectors with his team mate’s tends to support the idea he took less out of his tyres early in the lap than Valtteri Bottas did, which paid dividends around the final corners:

Completing the familiar formation, Max Verstappen is third on the grid, snapping at the heels of the black cars. Where we once might have noted that the Red Bull tends to be closer on pace to the Mercedes cars in race trim than qualifying, that has been less noticeably so since the ban on ‘quali modes’ was introduced at mid-season.

However, as he noted after qualifying, he does have the advantage of starting on the clean side of the grid, which might offer an opportunity for him to get between the two W11s when the red lights go out. He’s also got his team mate up where he should be: As at Istanbul Park, Alexander Albon has done what he needed to in order to justify Red Bull’s continued faith in him, yesterday’s crash notwithstanding.

As Hamilton and Bottas’s lap times demonstrate, the soft tyre couldn’t quite stand up to a full flat-out lap on the best car on the grid. Bahrain’s abrasive track surface is dealing out plenty of punishment to tyres which are one step softer than those Pirelli brought to the last F1 race here 18 months ago.

Teams are therefore planning their race strategies exclusively around the medium and hard tyre compounds. All 10 drivers who reached Q3 elected to start on the medium tyre (further adding to the vast pile of evidence indicating the ‘Q3 tyre rule’ is a failure). But even on the harder rubber, two-stop strategies are expected.

“It’s not a secret, we’re pretty sure it’s going to be a two-stop race,” said Renault’s sporting director Alan Permane. “So it’s medium-hard-hard or medium-medium-hard and there’s not much at all to choose between the two.”

Teams who can use the hard tyre for the middle stint will have more options with their strategy, notes Permane. “Having that hard for the second tyre just gives you a bit of flexibility, allows you to stop potentially a little bit earlier on the first stint.

“But you probably don’t want to do that anyway because you don’t want to go into traffic. We’re not going to see anyone doing 30 laps tomorrow in the first stint and clearing the midfield cars. So it’s very much more of a sprint-type race which is good fun. We’re looking forward to it – after we’ve had so many one-stops, it will be interesting.”

Unfortunately for Carlos Sainz Jnr his spin during Q2, caused by a brake-by-wire malfunction, wrecked one of his sets of medium tyres. So as well as lining up 15th when sixth was potentially possible, he will start the race with one fewer set of medium tyres than his rivals, as the rules do not permit them to be replaced.

Can anyone stop Lewis Hamilton from winning again? What can Sainz salvage after his luckless Saturday? And will anyone dare to eke their tyres out for a one-stop strategy?

11 comments on “How Hamilton’s tyre tactics secured pole, and why a two-stop race is on the cards”