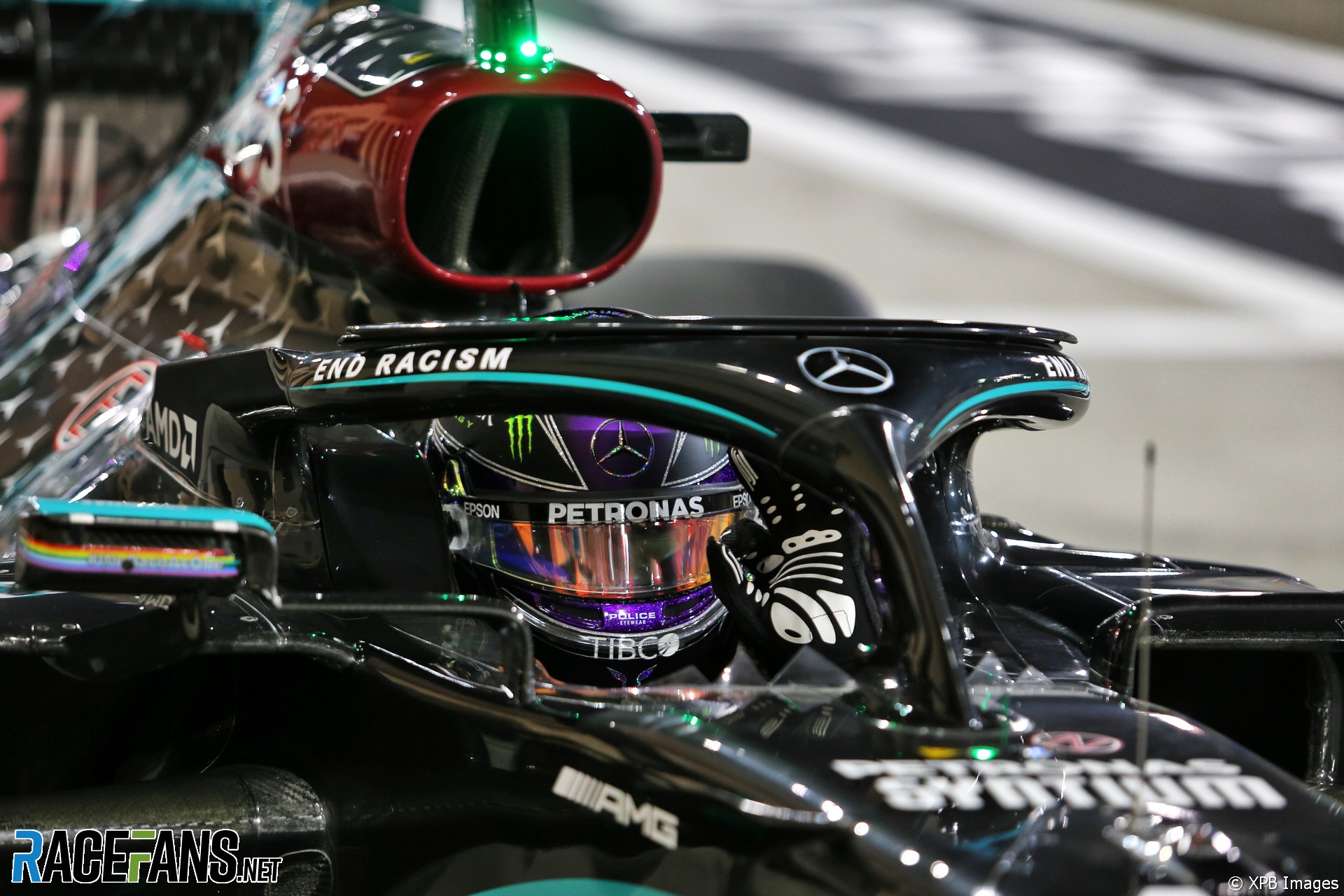 Lewis Hamilton has praised the progress Mercedes has made with its car during 2020, despite the team bringing few updates for its W11 chassis.

Mercedes have taken pole position in 14 of the 15 qualifying sessions so far and won 12 out of 14 races. But it hasn’t brought new components to its car as regularly as in recent seasons.

“We’re always learning about our car, even if we’re not bringing upgrades,” Hamilton explained after taking his 10th pole position of the season in Bahrain.

“They are still developing, naturally, it is still fundamentally the same car next year. So we’re constantly trying to understand the characteristics of our car more and the demands and things that we need to move the car forwards. There’s a lot of work that goes on in the background.”

After the disruption caused to the start of the season by the pandemic, teams agreed to postpone the introduction of major new technical regulations from 2021 to 2022 and continue using this year’s car specification next season with only limited alterations allowed. Hamilton believes the team are in good shape already for next season.

“We have not brought updates because there are shifts and changes for next year and it definitely is amazing that we have been able to continue to improve,” he said. “Whilst we’ve not brought updates we have continued to improve through the season, particularly after we’ve stopped developing the car, because we’re understanding the tyres more and understanding the whole package more and more and refining how we use it.

“It’s been a really interesting process, but that’s how it often goes. I think we’re in a good position in terms of trying to prepare for next year. I haven’t been to the wind tunnel or anything, I haven’t been back to the factory hardly at all this year, so I have no idea where the next package is. But I have naturally full faith in the squad back at the factory.”

Red Bull have consistently narrowed Mercedes’ advantage over the season so far, and Hamilton expects they will be the closest competition again next year.

“The Red Bull’s also continuing to improve,” he said. “I think they have a very, very good car and perhaps with some more development of their engine I think they would even closer next year.”

3 comments on “Hamilton: Mercedes’ improvement is “amazing” despite lack of updates during 2020”