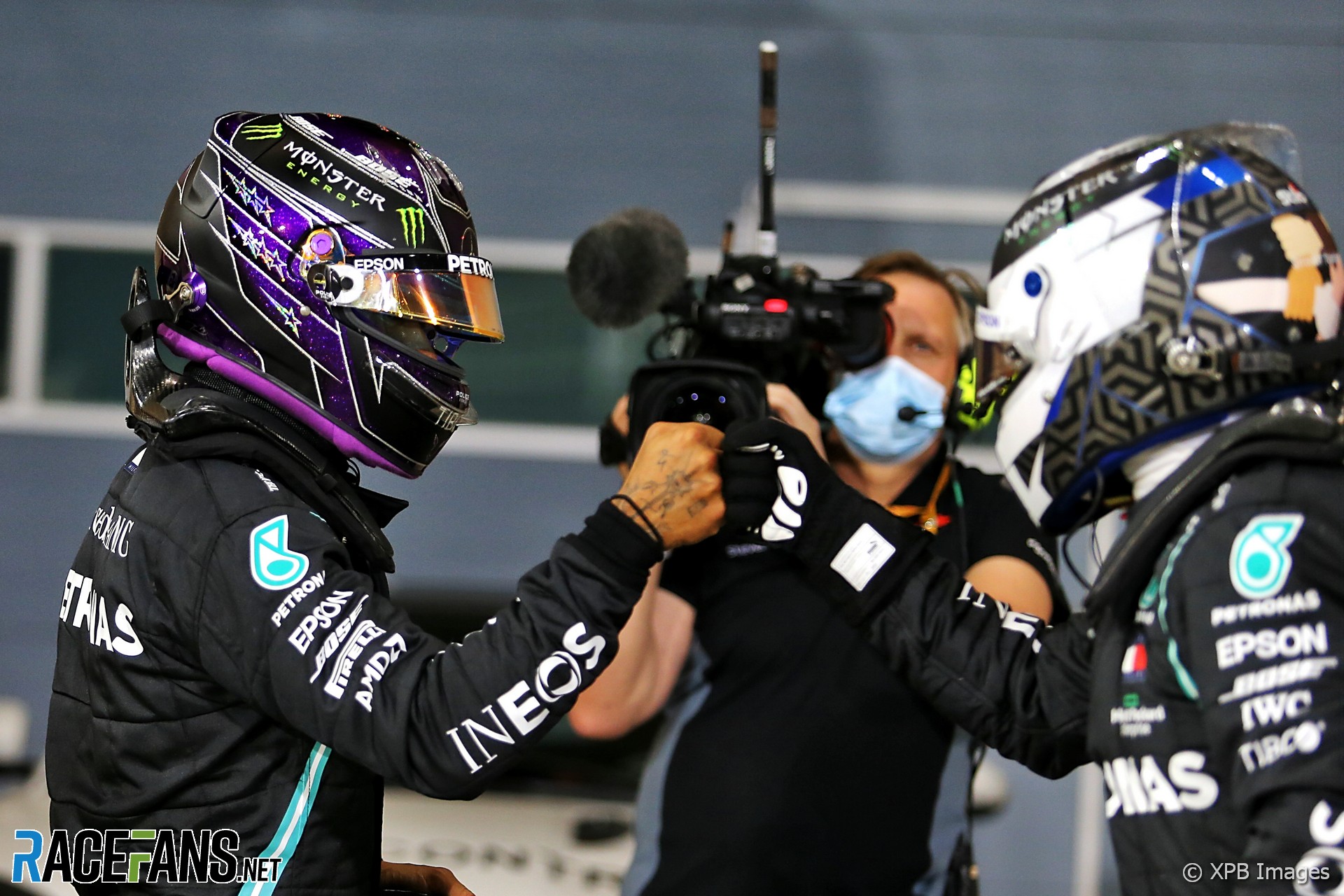 Valtteri Bottas said he doesn’t understand why he was not on his team mate’s pace in qualifying for the Bahrain Grand Prix.

The Mercedes driver said he produced a clean lap at the end of the session despite ending up almost three-tenths of a second behind Lewis Hamilton as the pair swept the front row of the grid.

Asked how Hamilton had managed to comfortably qualify ahead of him, Bottas said: “I don’t really know.

“It felt good, that’s the problem. It feels good and you feel like you’re extracting everything from the car but the lap time is not there. That’s the most confusing part. But I can’t really say much at the moment.

“There was no mistakes in the last lap, I thought it was really good. It was like small things here and there, there was no one clear corner. So I need to find out but at least it’s another front row lock-out for us.”

Bottas doesn’t believe he has a problem with his chassis. “I don’t think there’s any underlying issue really with the performance of the car,” he said. “I think it’s there and the long runs were good so I’m looking forward to tomorrow.”

However he admitted he was taken aback by how far ahead Hamilton was. “I was quite surprised when I saw the gap,” he said. “I think we ended up with quite different set-ups with Lewis. We’l see if that makes any difference tomorrow.”

Bottas said it isn’t unusual for the two to go in different directions on set-up. “In times it’s been nearly identical, there’s been times it’s different,” he said.