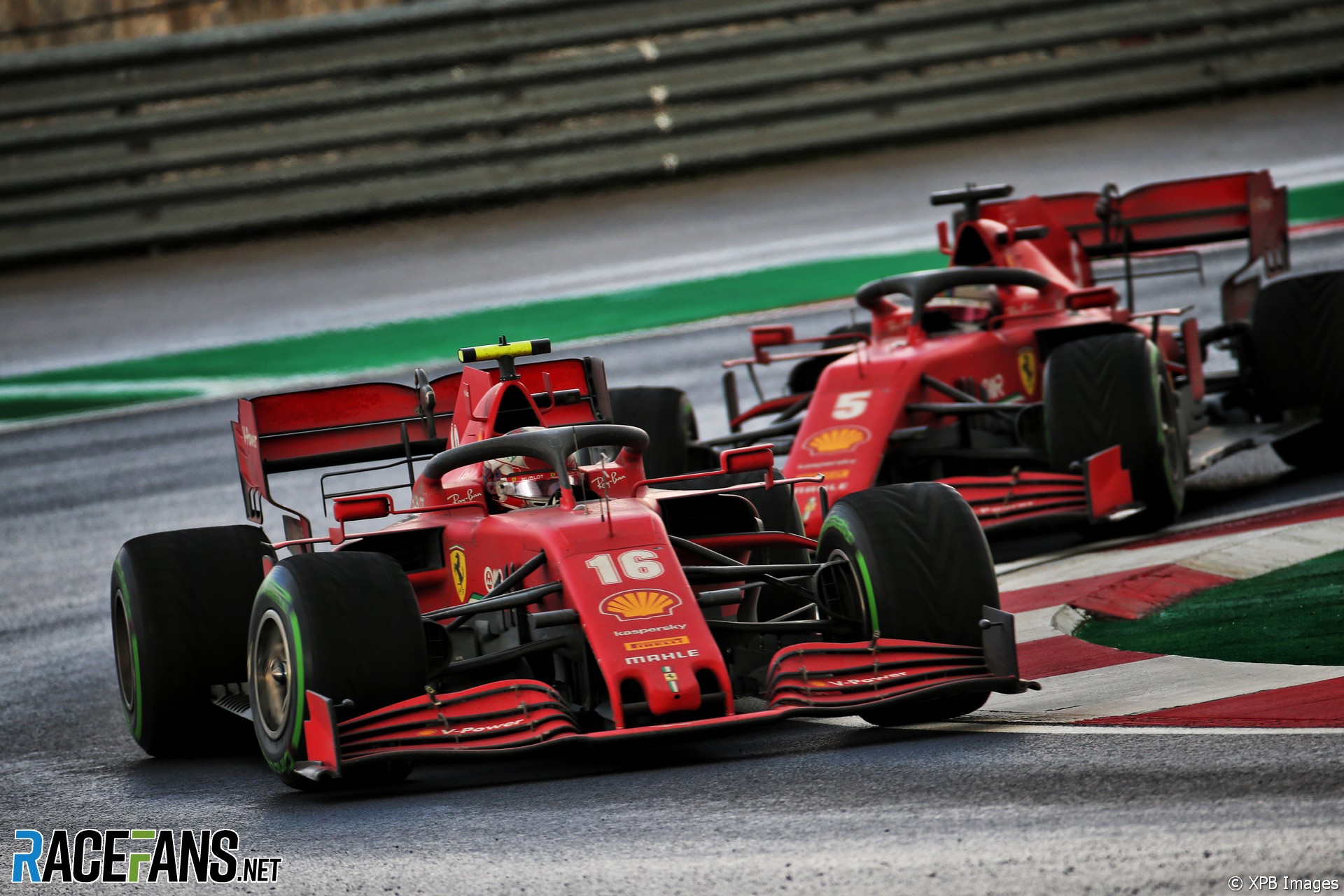 Carlos Sainz Jnr has taken notice of the improvements Ferrari have made in recent events, with just three races to go before he joins the team.

Ferrari scored their best result of the season so far in the Turkish Grand Prix, albeit in highly unusual racing conditions. Following their troubled start to 2020 they have also brought a series of successful upgrades to their car.

Sainz said he’s “very encouraged” by the progress his future team have made.

“It’s been a good few months for them. I think they’ve demonstrated that they’ve probably found a bit the issues that they had at the beginning of the year. They probably were the ones especially not happy about it and they’ve shown good character turning a difficult season around.

“I’m encouraged to see that and I cannot wait to find out what and why they’ve changed. But there’s a few races left still with McLaren and plenty to do here still.”

Teams will have only three days of testing with their new cars before the 2021 F1 season begins, meaning as little as a day and a half per driver. Sainz said he would be open to testing a two-year-old Ferrari in order to have more time in the car.

“Once I leave McLaren to be a Ferrari driver, there will be a lot of thinking behind the scenes to make sure I arrive to the test and to the first race as prepared as possible. Obviously that could be an option but I remain committed to McLaren and I don’t want to get distracted too much by what the future of January, February and March would bring.

“But it’s what it is so we will have to adapt and we will need to find a way to make sure we are as prepared as possible within the limits of one day and a half.”