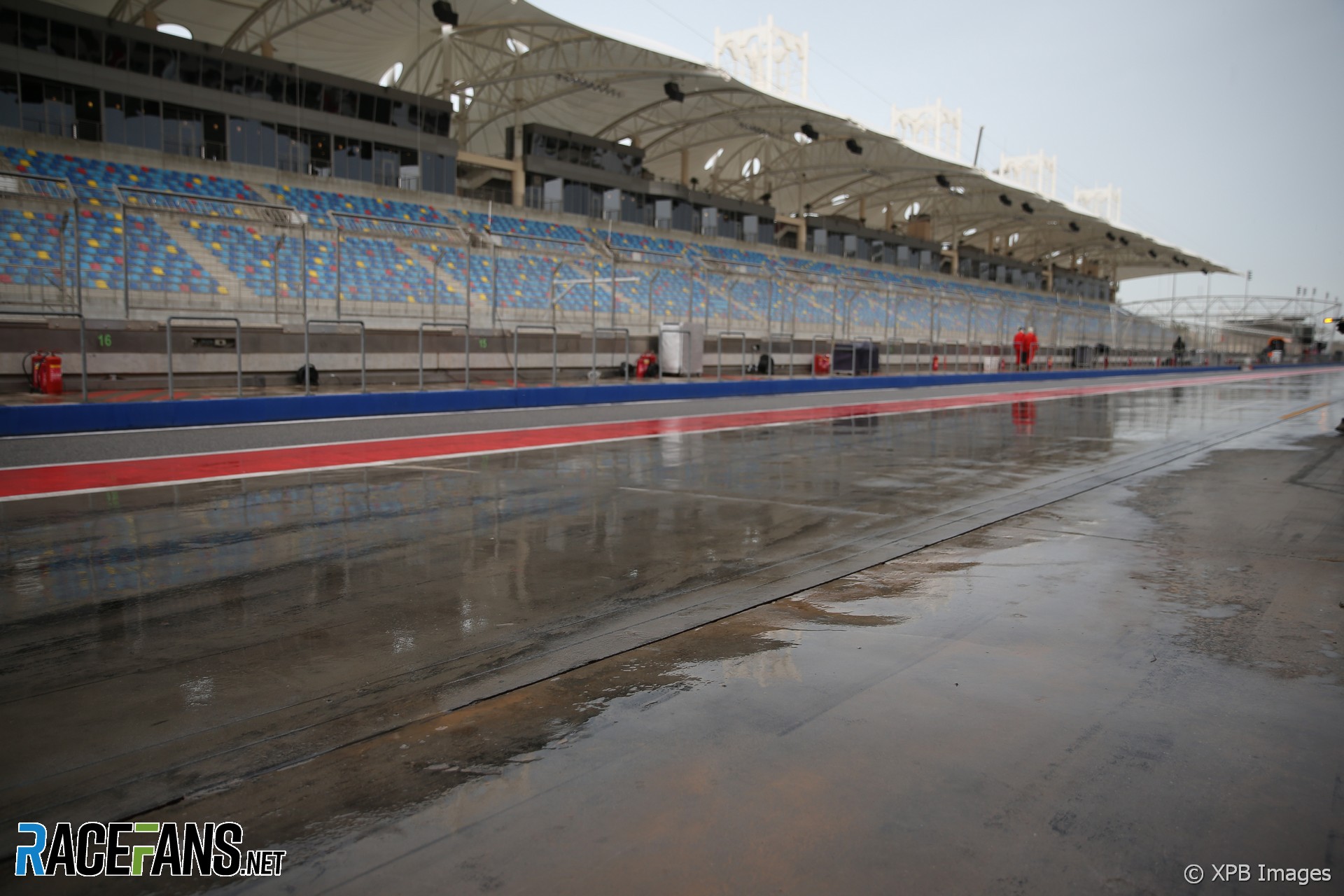 The first of two race weekends in Bahrain looks set to be mild and mostly warm, but there is also a threat of showers over the coming three days.

Rain at the desert circuit is unusual but not unheard of. It rained during last year’s test at the track, and as no teams had brought wet weather rubber, several hours passed with no cars on track. That shouldn’t happen this weekend, as teams have a standard allocation of intermediate and wet weather tyres for every race.

This race has never previously been held so late in the year. Darkness will arrive relatively early in November compared to its early April slot, with sunset at 4:30pm local time. That would normally be a relief from the aggressive heat of daytime sessions but at this time of year the temperature in Bahrain is a little cooler, and peak temperatures are likely to fall short of 30C.

Friday should be a fairly useful day of running for the teams. Although first practice will take place several hours earlier in the day than the race, the weather is expected to be cloudy which should lower track temperatures to be more similar to dusk.

Saturday will be more unpredictable, with a decent chance of rain in the morning and the possibility of further showers as the qualifying hour approaches. Bahrain is an arid country, with less than two days of rain per month at this time of year normally, but that doesn’t preclude one of them being during qualifying.

Race day looks set to be dry, though there is a chance of a thunderstorm in the morning. Temperatures will be roughly the same as on Friday and Saturday, with dusk falling during the race as usual at Sakhir. However, there will be a relatively strong (25kph) gusty wind, which so far this season has proven to destabilise cars quite severely. It will also spread sand and dust across the track, making grip levels more variable.