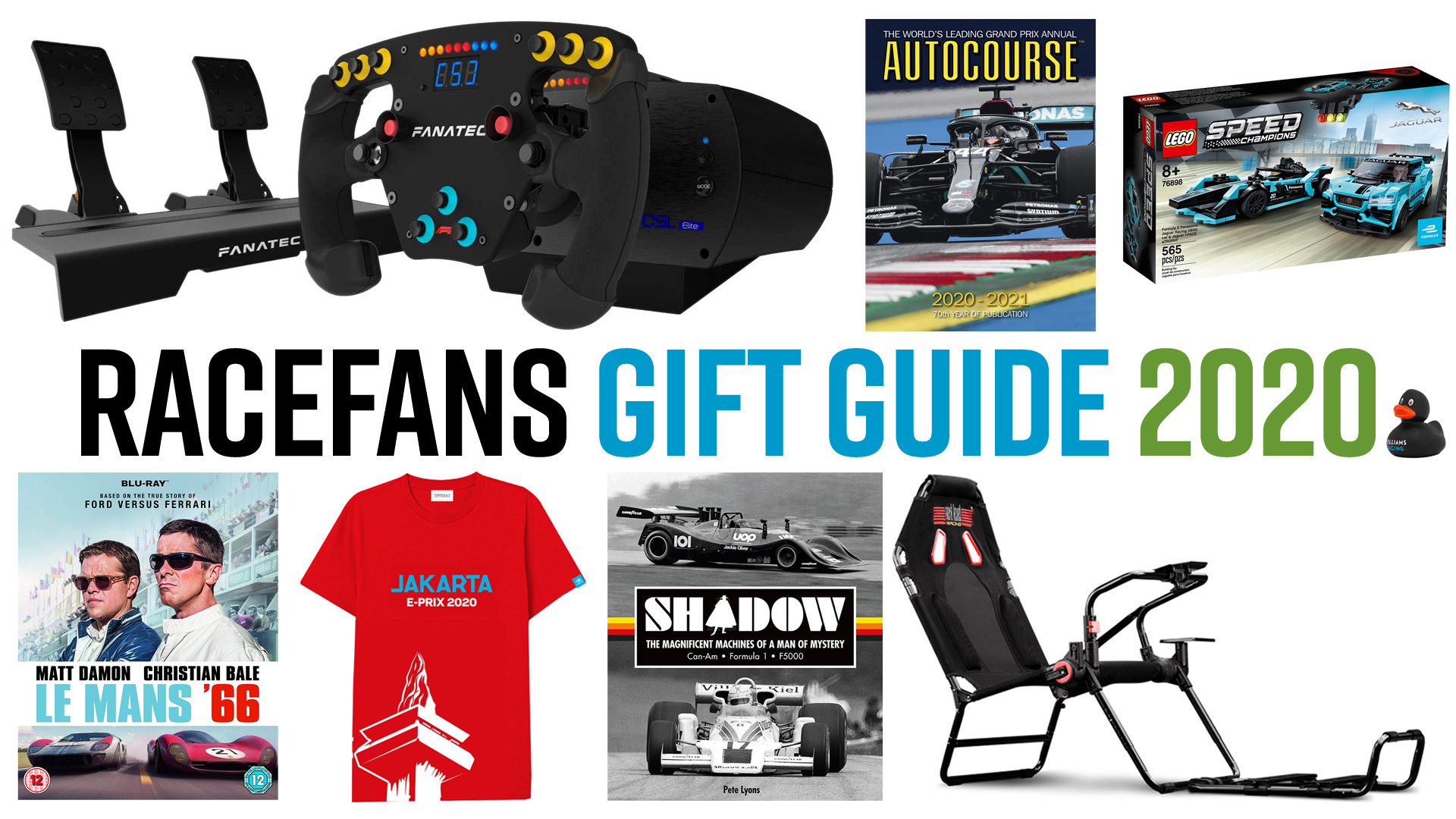 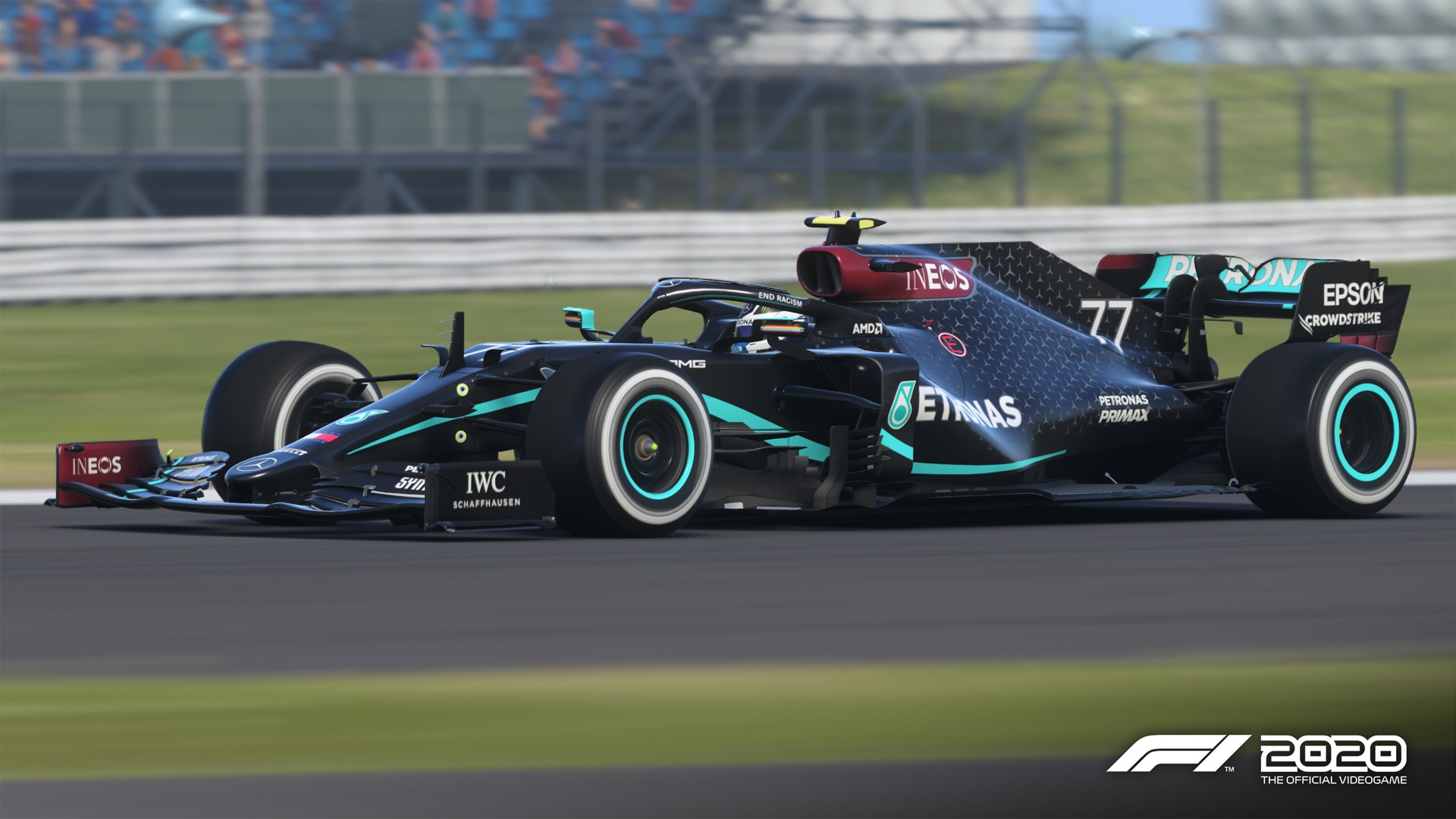 As with many things this year, F1 2020 is a game like no other in Codemasters’ franchise. As well as improving on some of the dynamics from previous games and of course updating the grid, it gives you the opportunity to drive this year’s races as they were supposed to have happened, including the Hanoi street circuit which is absent from the 2021 F1 calendar, and may never get as far as hosting a race at this rate.

In much the same vein Moto GP 20 allowed motorbike racing fans to recreate some of the action they missed out on, and for any fan of rallying, WRC 9 and Dirt 5 (review coming soon) should salve the itch with a satisfying spray of virtual gravel. 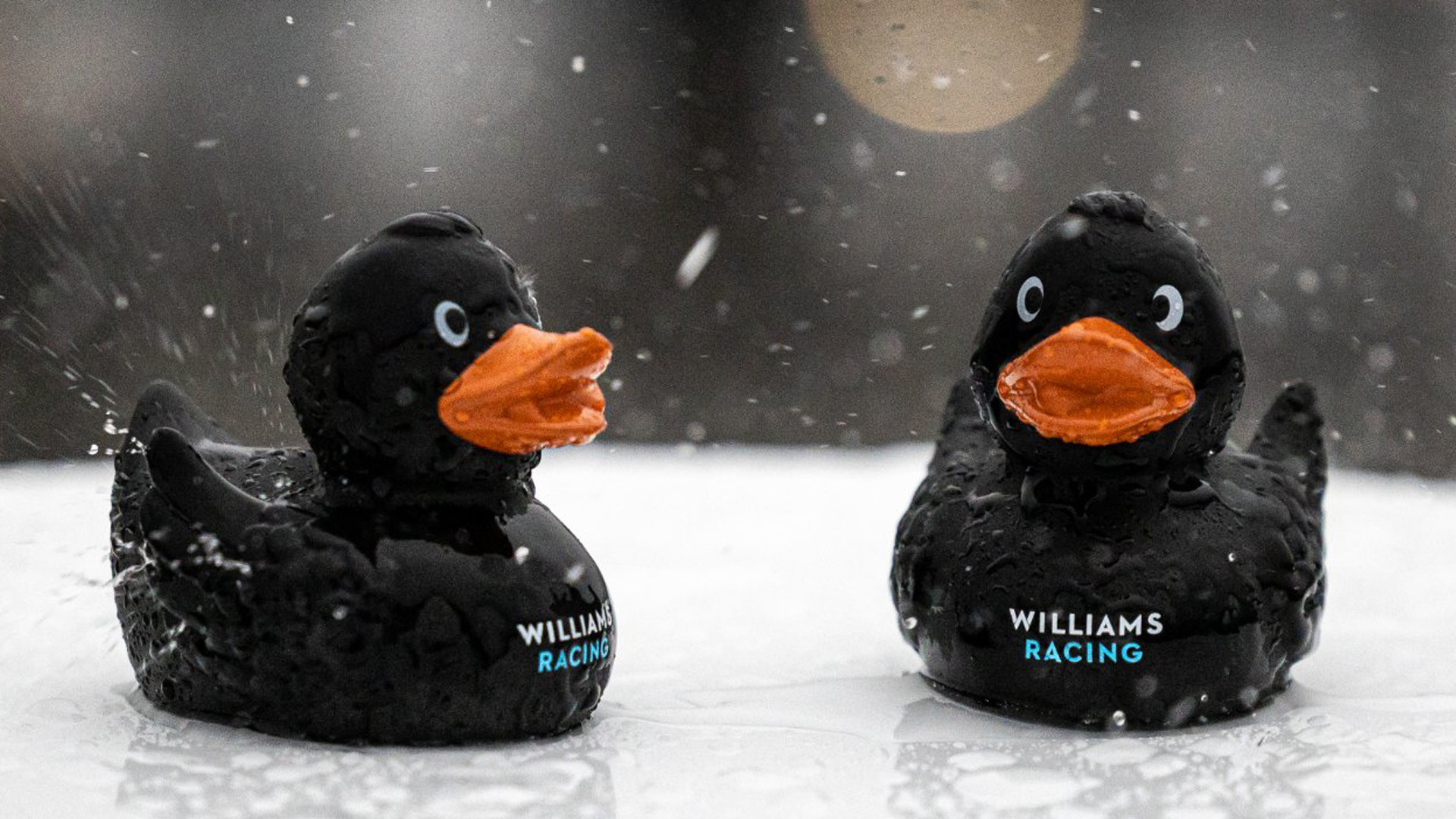 Racing teams have got creative with merchandise this year, somehow leading to Williams creating this bathtime toy for both the racing fan and goth in your life. Pretend you’re an F1 driver on a slightly strange promotional shoot in the tub this Christmas…

Stranger still, IndyCar have released a much softer option with a cute – if somewhat inexplicable – rainbow llama. 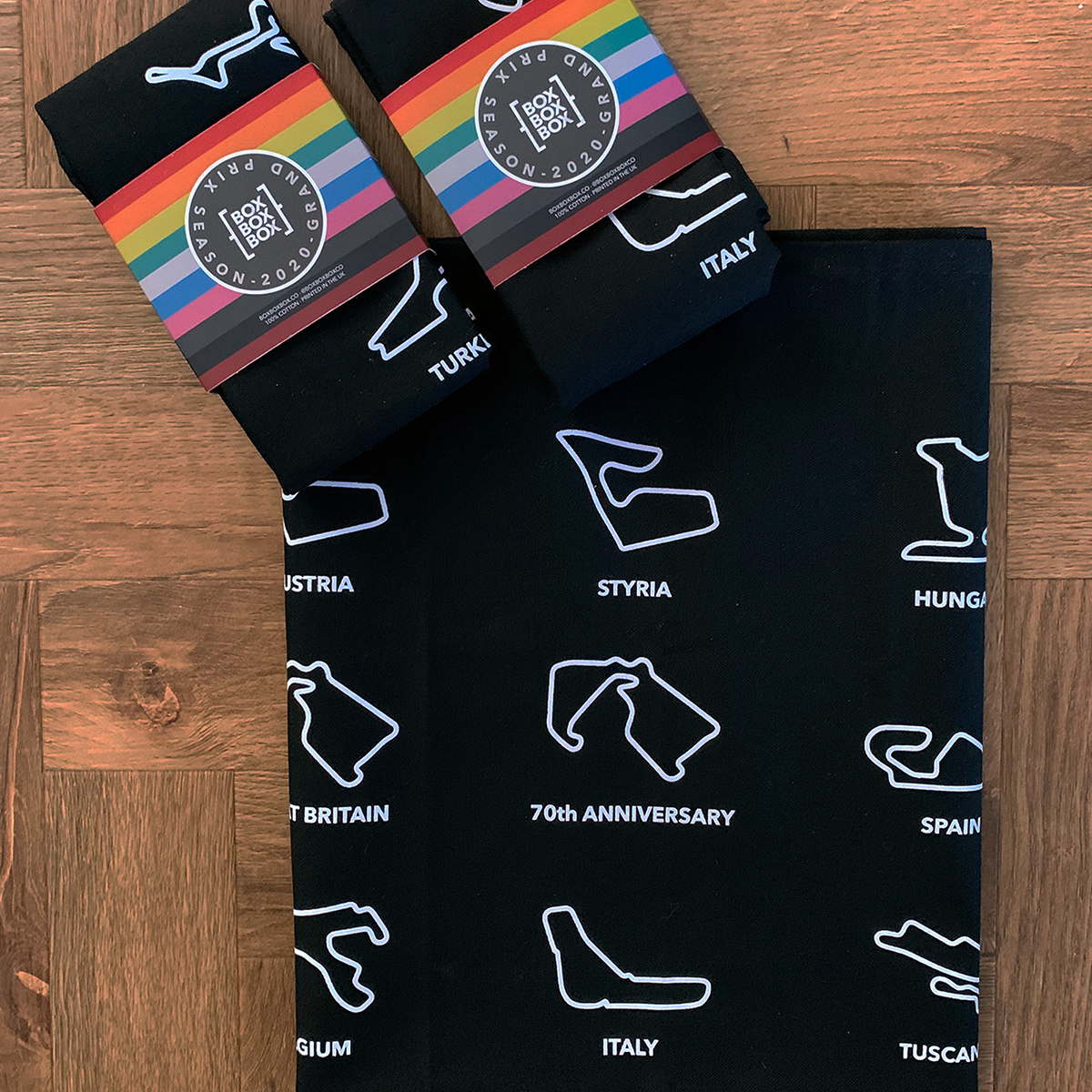 Commemorating 2020’s strange calendar (as it eventually played out) this will make the endless lockdown dishes slightly more entertaining, as well as giving 20% of profits from its sale to charity.

BoxBoxBox are also doing a commemorative 2021 desk calendar, to bring a little bit of the racetrack to you wherever you’re working. Home, most likely.

RaceFans readers can save 10% on orders costing more than £20 – use the code RACEFANS to redeem your discount. 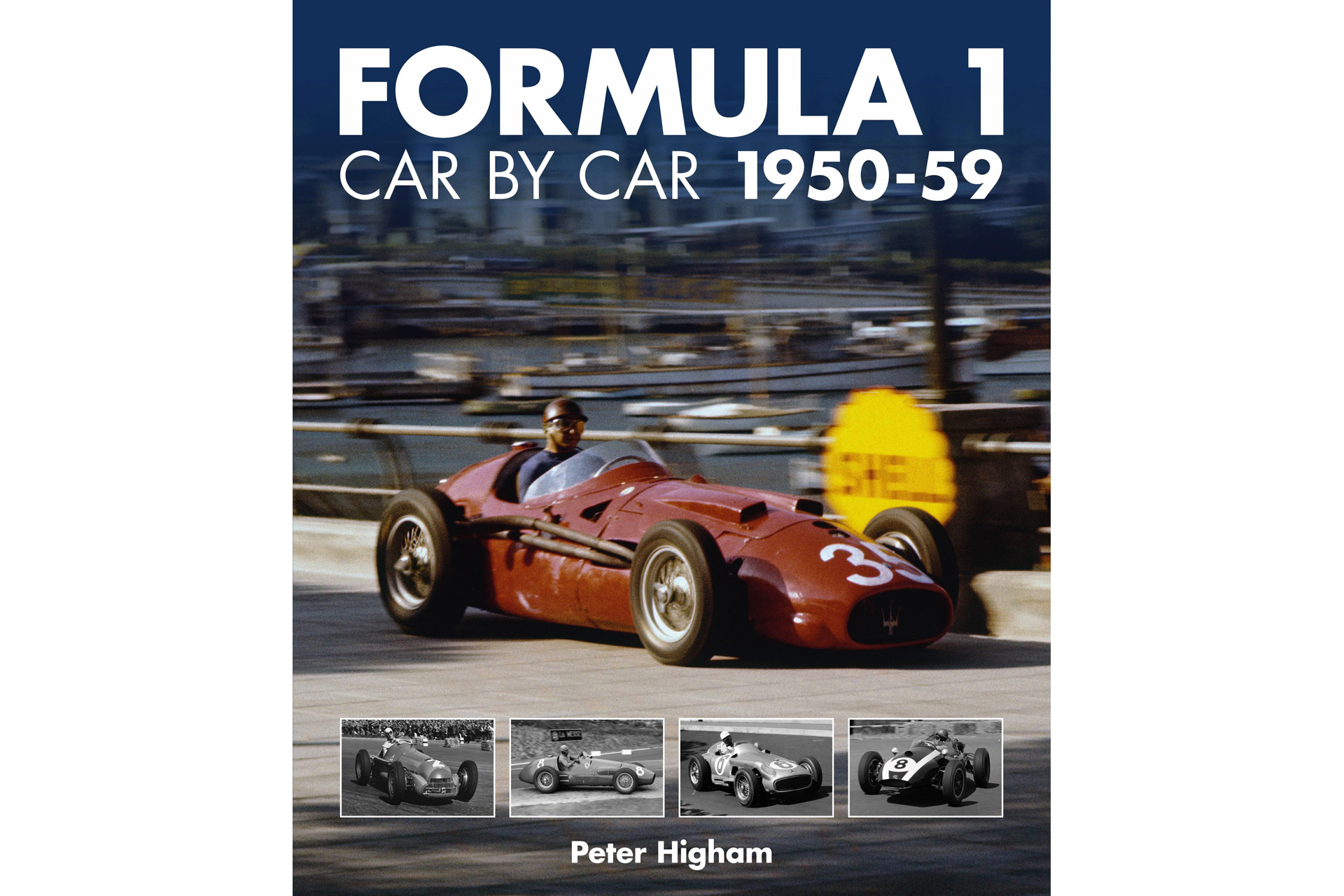 The 1950s was one of F1’s most diverse eras in terms of car design, the championship even featuring some F2 cars. This is a feast of the best images and rich, technical detail that’s less coffee table book than sofa-curled-up treat for an F1 fan. Read an excerpt here on the birth of the Formula 1 world championship. 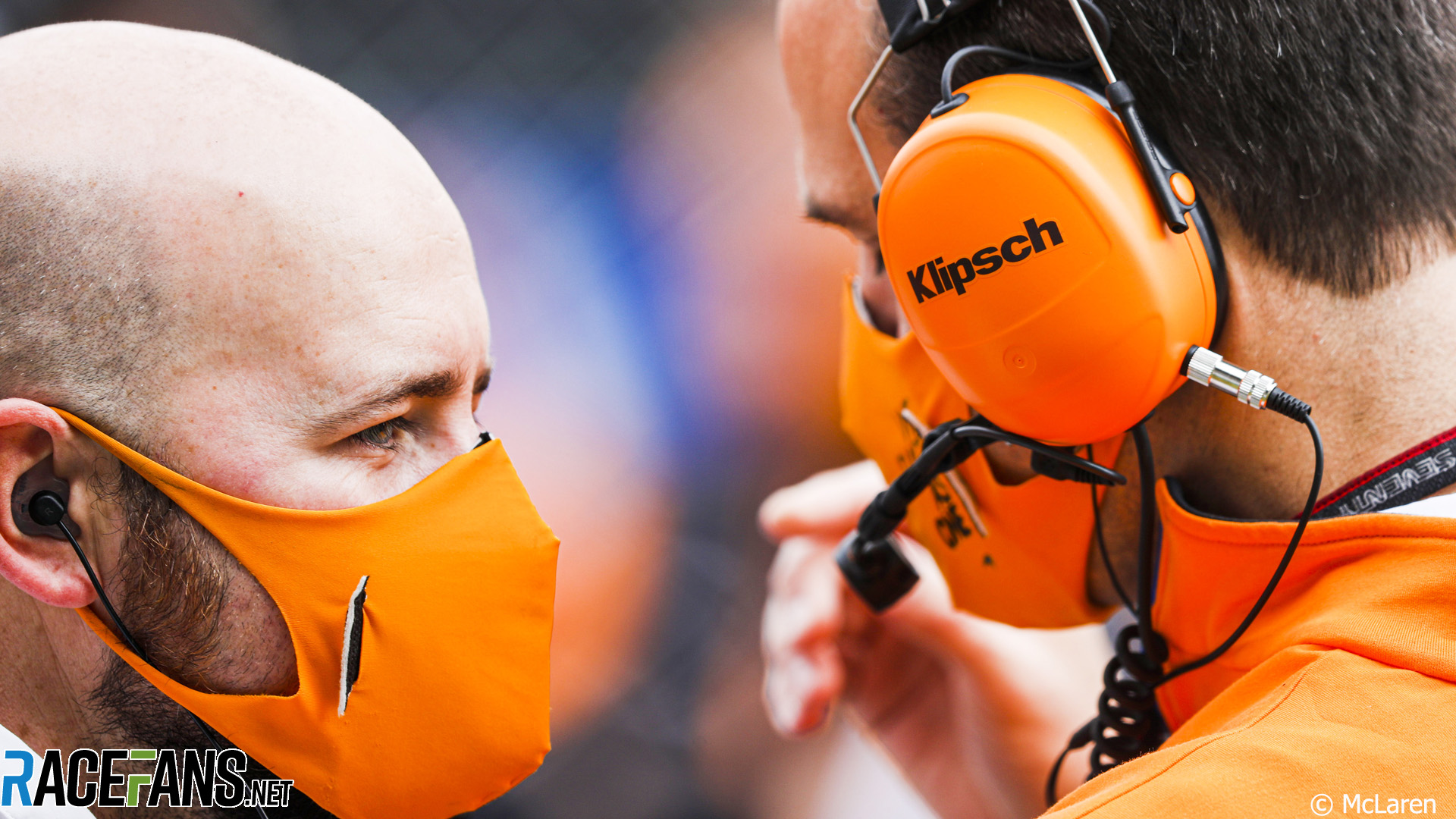 2020’s most visibly obvious paddock essential, as well as its most depressing. It might not seem the most festive gift but getting to at least wear the same COVID protection as your favourite team can make successfully hitting the apex of an aisle in Tesco seem less dystopian for a short period.

McLaren’s biotech mask is the same the team have been wearing at Grand Prix and has a medically-assured guarantee of efficacy up to 200 hours of wear. Being a cheery papaya does slightly take the Mad Max vibes off, too. 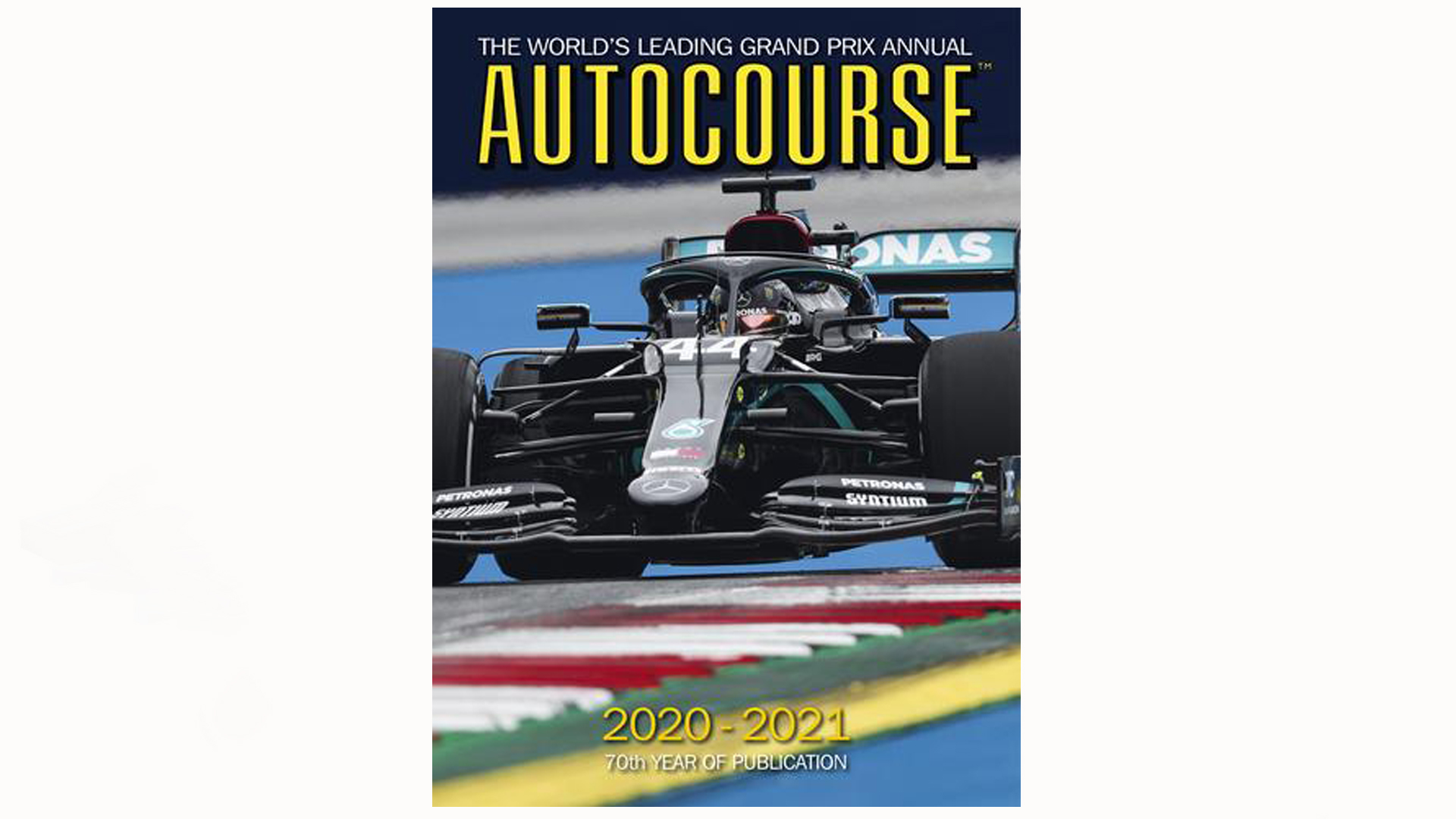 The essential chronicle of a very strange year in motorsport, Autocourse’s annual will be published in January due to the late end to the 2020 F1 season. You can order your copy now, however.

RaceFans Supporters can get 35% off the in-depth story of a (hopefully) unique season, and can claim the same discount on Motocourse as well: 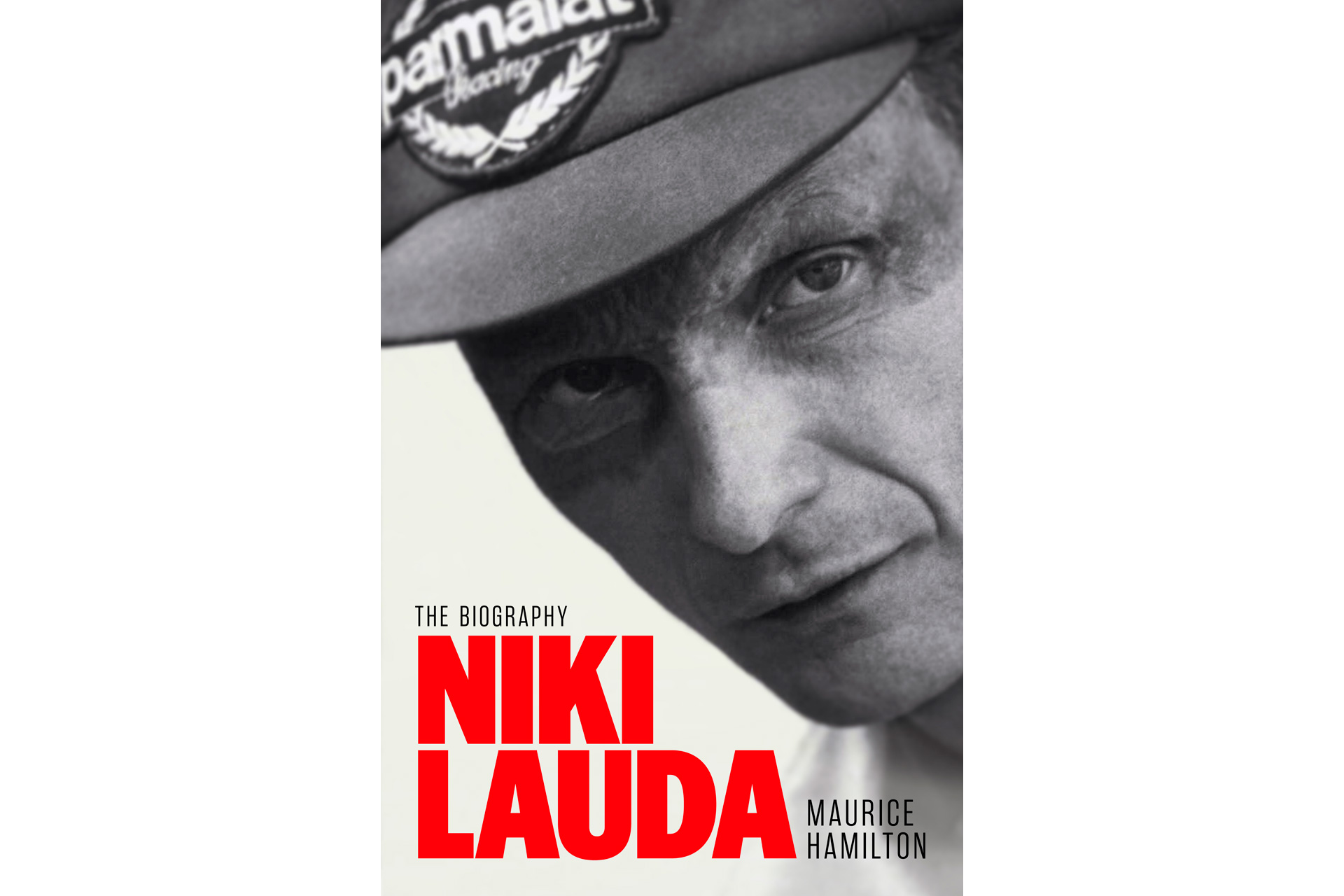 Probably the most comprehensive account of Lauda’s racing life made or likely to be made, this biography goes in-depth on his life on-track and in-air.

Full of original sources from people in Formula One and aviation, it’s an excellent overview of Lauda’s influence for anyone relatively new to him. Detailed enough to be a worthwhile purchase for any long-term Lauda fan, it goes far beyond the well-told stories of his rivalries and fiery Nurburgring crash.

Two other F1 biographies which appeared this year detailed the lives of pre-war racing drivers. While Richard Williams’ “A Race with Love and Death” focused on Richard Seaman, a British racer who drove cars funded by the German Reich, Neal Bascomb’s feature-documentary-demanding “Faster” tells the story of how a Jewish driver and American heiress beat the Nazi-backed machines.

Motorsport fans turned to Esports in huge numbers this year as the pandemic forced us all indoors. Sales of steering wheels and pedals rocketed.

While real-world racing drivers use simulation-grade kit costing staggering amount of money, Fanatec’s officially-licensed F1 wheels bring them within range of ordinary players. They are far from inexpensive, but they are built to impeccably high standards, and exude quality you can sense every time you grasp the wheel or slam the brakes.

If you’re serious about performing at your best in racing games, this is the hardware you need. But be advised – you’ll need a proper simracing frame to get the best out of it.

First-time players will inevitably prefer something a bit more wallet-friendly. Logitech’s G29s wheel and pedal set, reviewed here earlier this year, gives similar functionality for a grand less, and is a great place to start off.

Update: Fanatec are offering 20% Black Friday discounts on some of their range when bought from their official website. 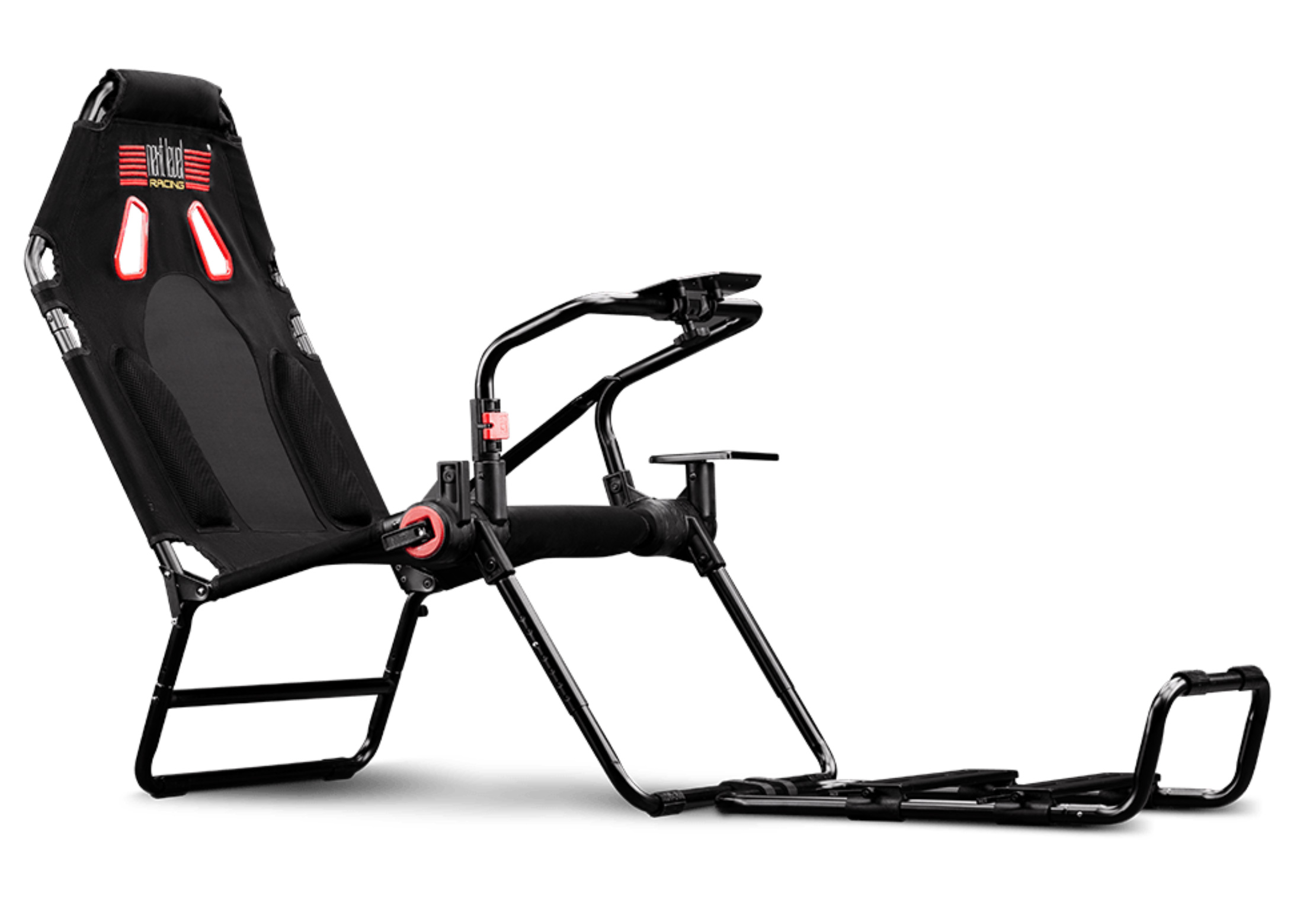 Whichever wheel and pedals your prefer, a dedicated racing base will help you get the most out of them. Next Level’s new GT-style rig is collapsible, saving you space between sessions. A single-seater style version is also available. 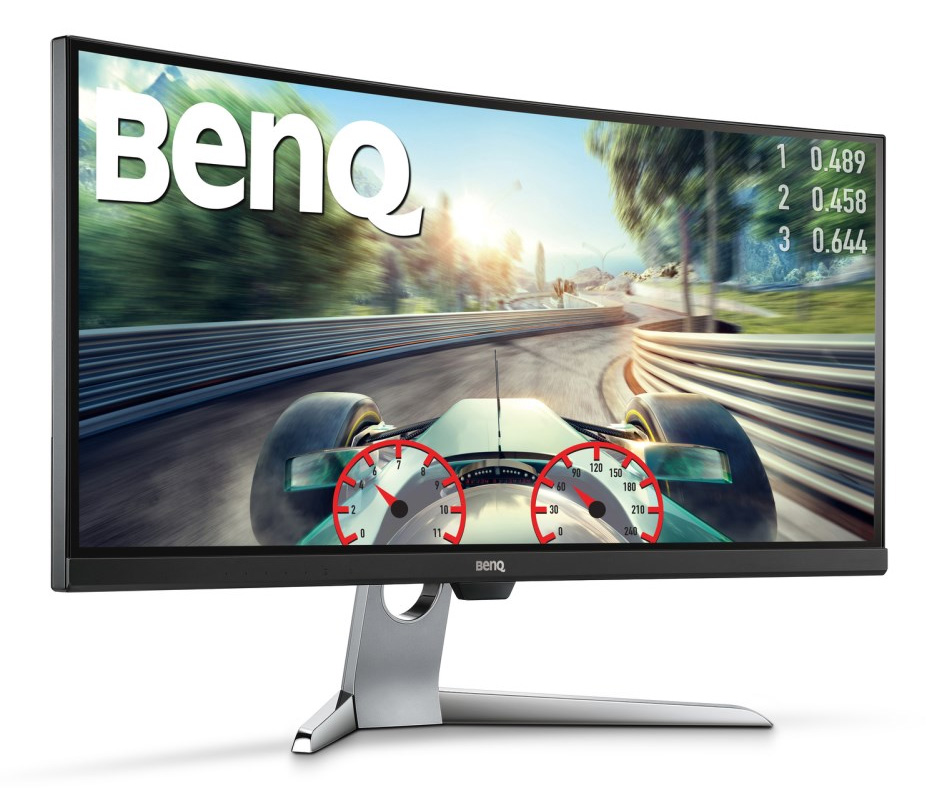 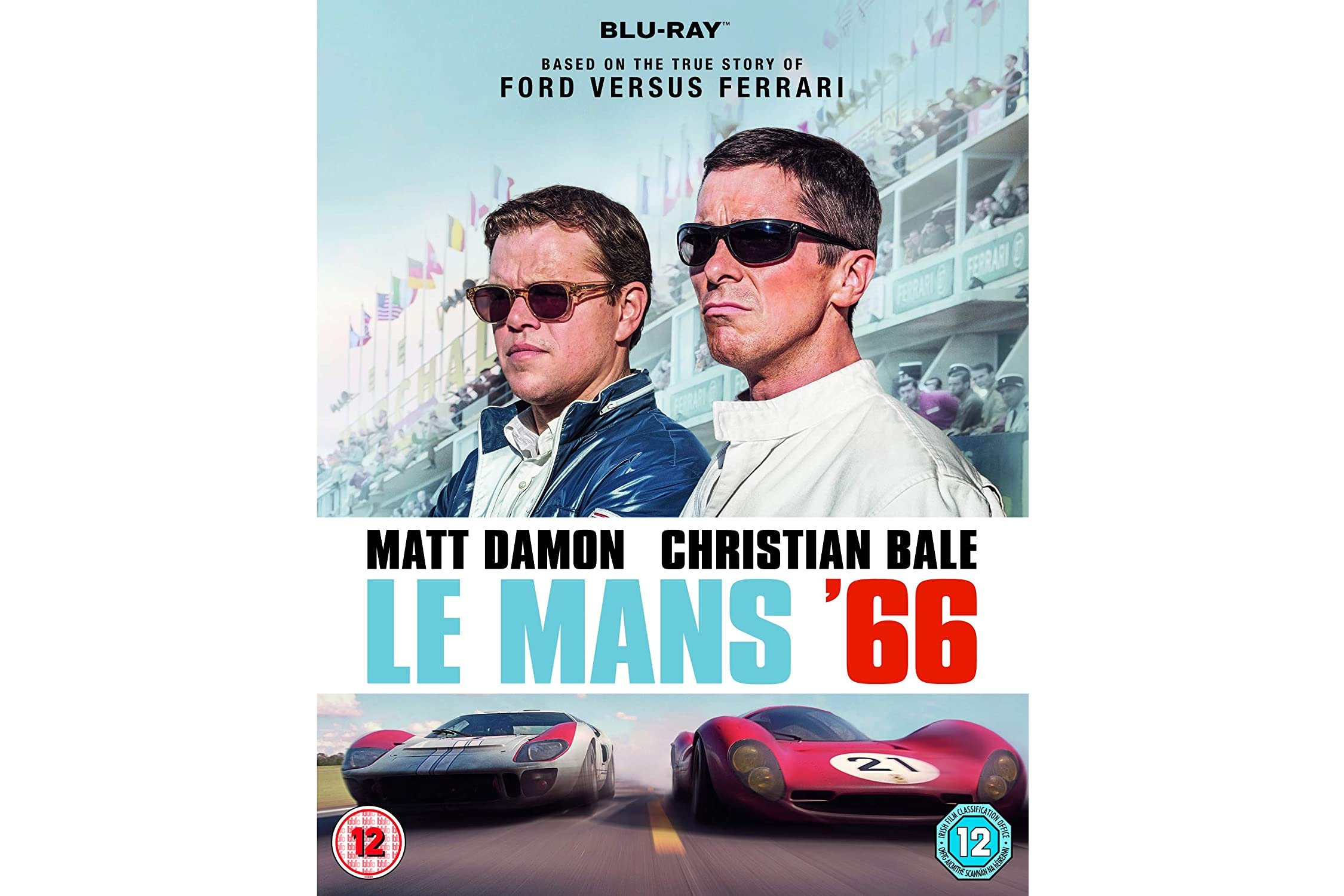 If you’re looking for an excuse to show off your new monitor, pop this on. Matt Damon and Christian Bale taken on the roles of Carrol Shelby and Ken Miles in this entertaining recreation of Ford’s efforts to beat Ferrari at Le Mans. Ideal festive family viewing. 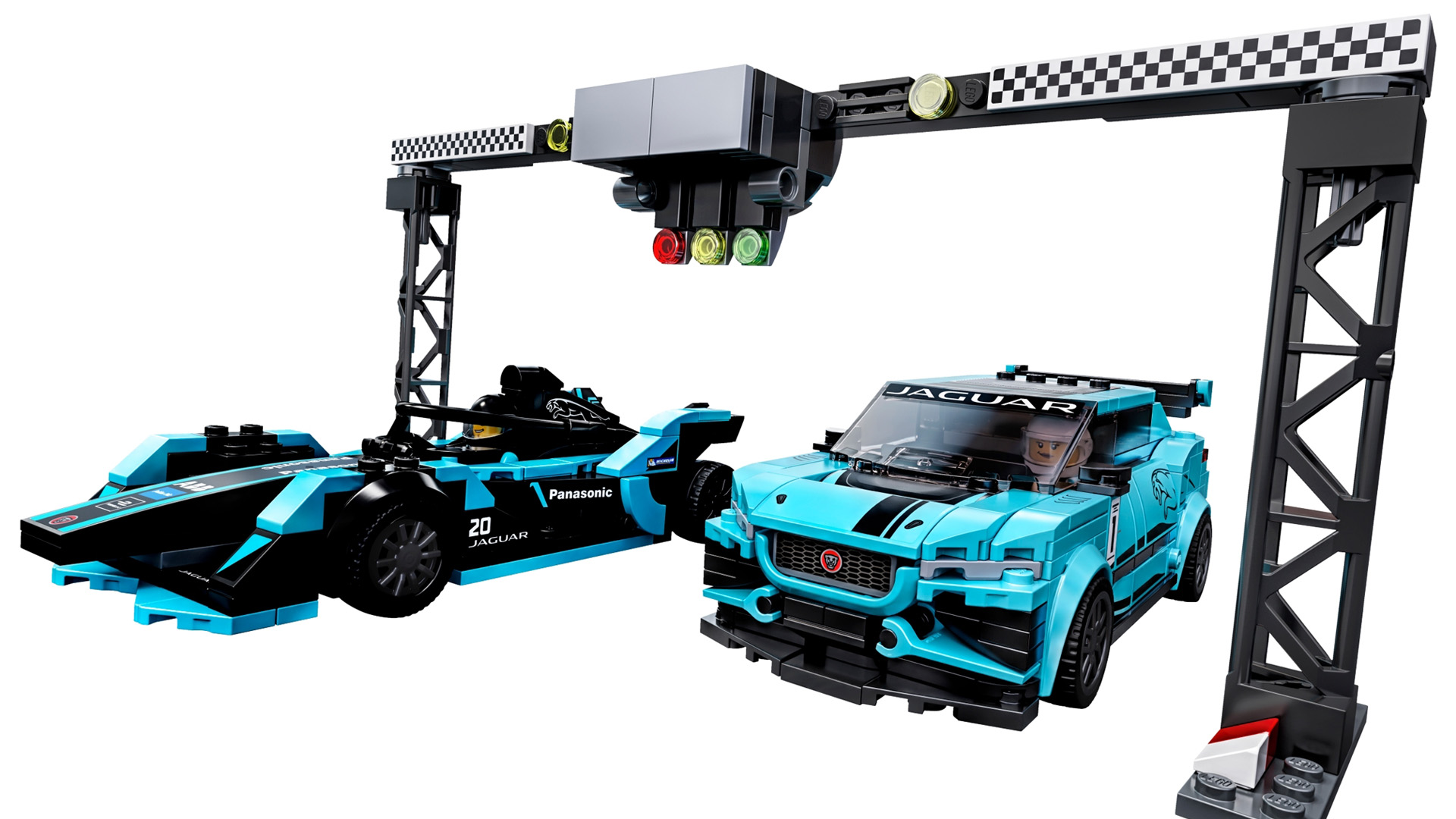 Not that this would have been Jaguar’s plan when they collaborated with Lego to release this set, in January but along with a Gen2 Formula E car it also commemorates what turned out to be the I-Pace’s final racing season.

It’s a detailed kit and adults can take unashamed pleasure in putting it together, as well as possibly in taking it apart again when you realise you’ve skipped some of the instructions. Both cars look accurate and the race rig to set the scene makes it look a bit more justified on the mantelpiece, as well as giving kids plenty to play with. 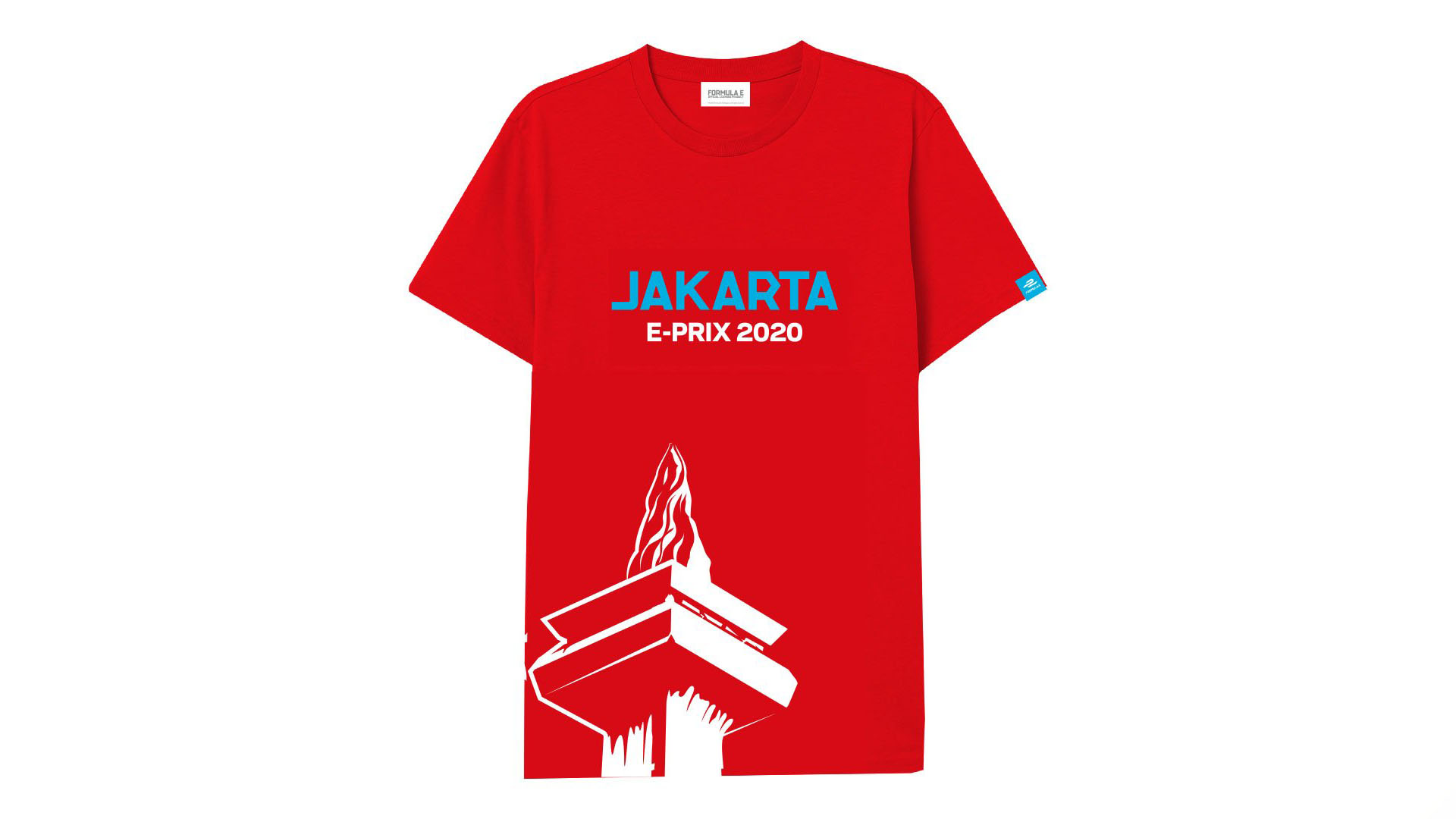 Unlike most series, Formula E was mid-season at the point the pandemic hit. As a consequence, the calendar was already planned in for merchandise, giving you the strange opportunity to own some truly rare items.

In ten years’ time, ‘where were you during the Jakarta E-Prix 2020’ probably won’t exactly be a talking point but as artefacts of 2020’s effects on calendars go, it’s quite a fun bit of obscure racing memorabilia to hold on to. 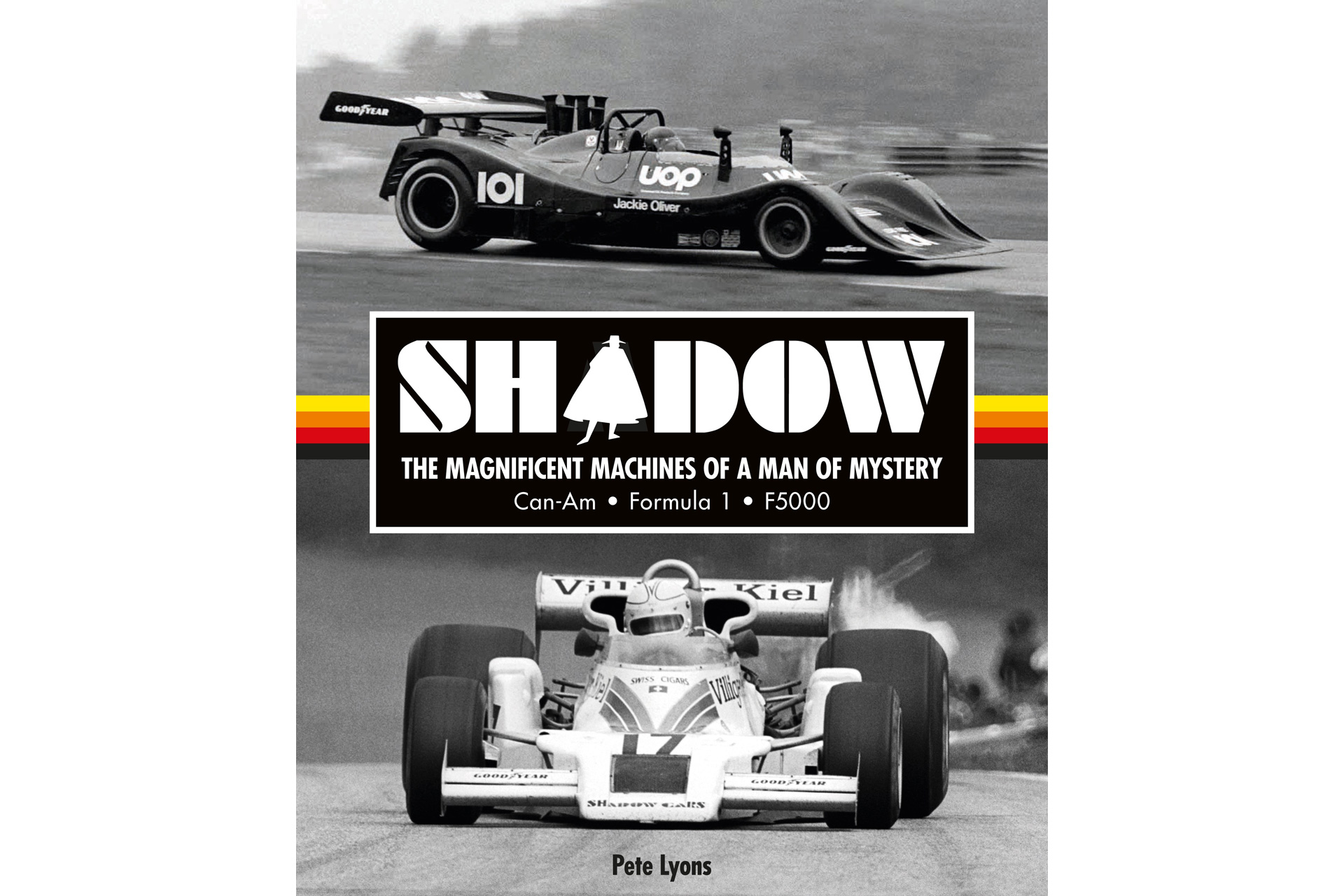 Speaking of obscurity, the deliberately enigmatic Dom Nicholas and his Shadow team get put into the spotlight in this very detailed and richly photo-illustrated book.

Shadow competed across multiple categories, including F1 and were technical innovators but Nichols’ avoidance of the press, earning him the ‘Shadowman’ nickname, made them an enigma. Pete Lyons was a photographer and journalist at the time and augments his own documentation with plenty to interviews to enrich this loving, deep-dive history, produced to Evro’s dependably high standards. 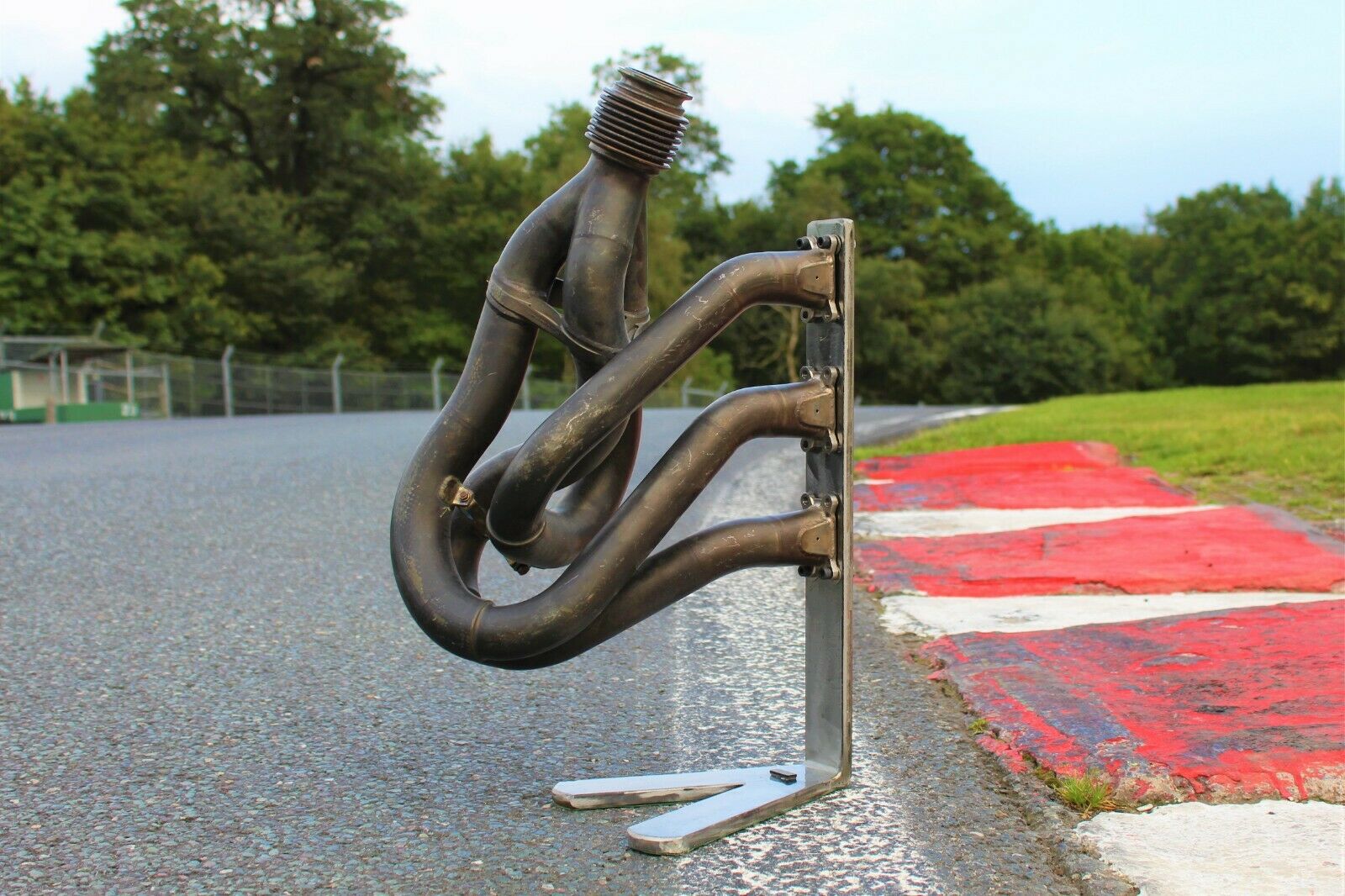 ArtiF1ed’s range of Formula 1 car parts come either mounted as art pieces or repurposed as useful objects come at a range of price points – you can pay over £500 for a mounted exhaust, but there’s pocked-money options available too. Whatever you choose, as well as getting part of a genuine F1 car, you’ll also help Ollie raise funds to tackle Multiple Sclerosis. 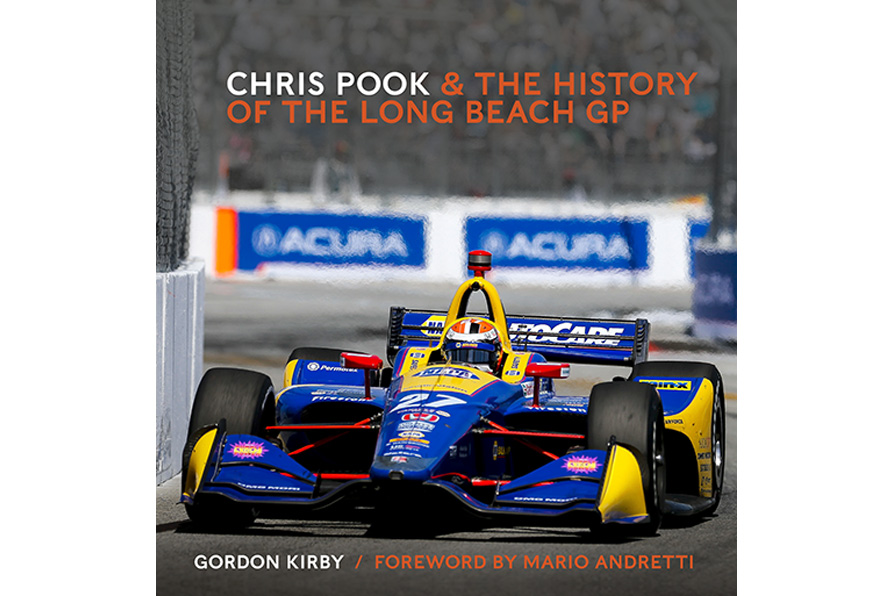 It’s not often that a temporary circuit gets as long a lifespan – or as rich a biography, as Long Beach. Although it’s been synonymous with IndyCar since the mid-80s, F1 ran there and the promoter, Chris Pook, was one of Bernie Ecclestone’s biggest US collaborators.

A big book, this is strictly for the coffee table rather than commute but who needs to worry about that this year, anyway? 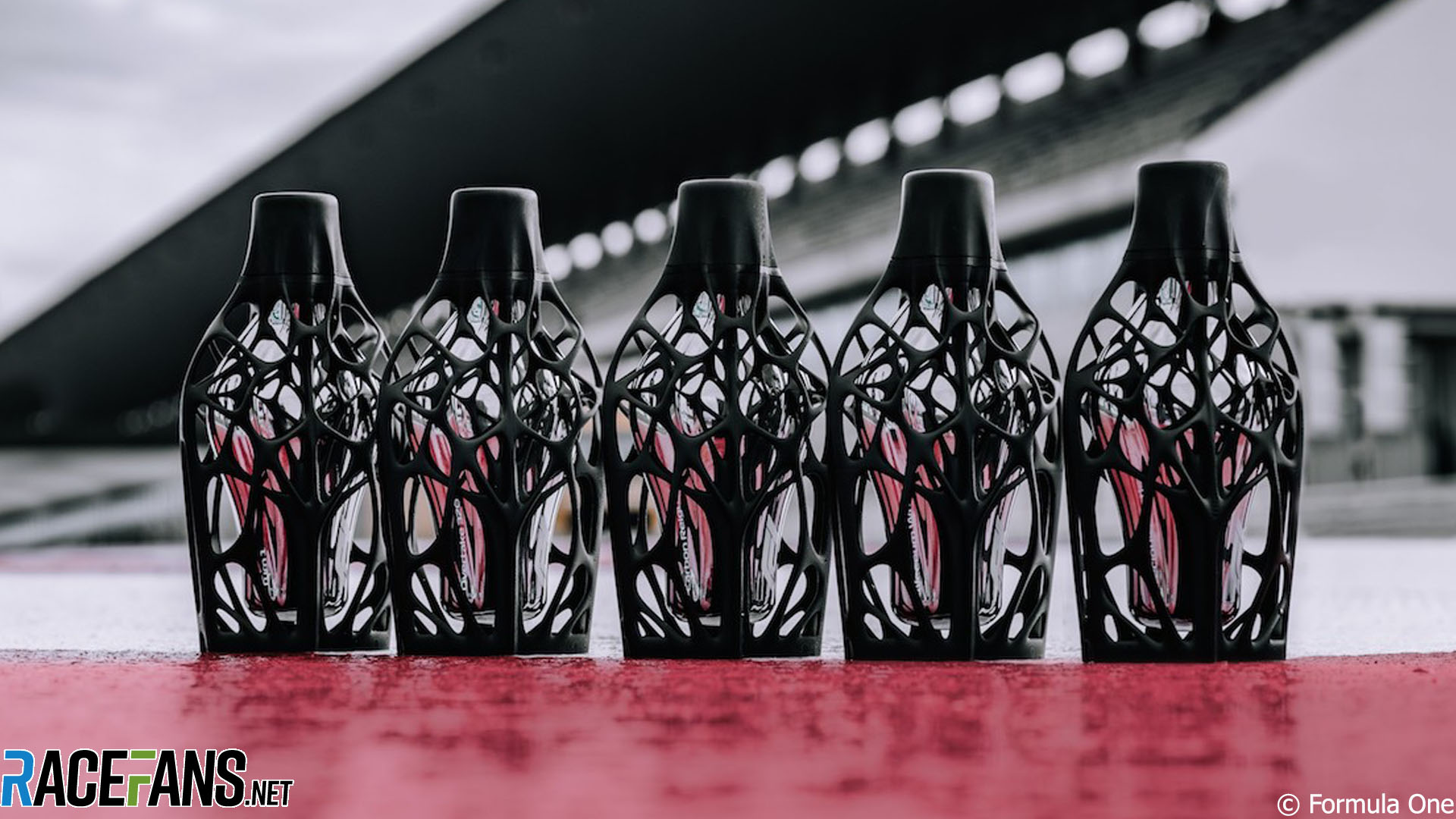 If you’ve been missing the visceral smells of the race track or maybe just the vicarious thrill of spending roughly the price of a grand prix ticket then Formula 1 have you covered with their new range of bottled smells.

Coming in 3D-printed bottles inspired by chassis design, there are five fragrance options. The full bottles go for £195.00 but for £19.50 you can get a range of testers and find out if Precious Mettle, Turn 1, Overtake 320, Neeeum White or Carbon Reign suits you best.

Of course, once you’ve made your choice you can then buy a collectors’ 3D-lasered and extremely limited edition, metal edition of the bottle for $10,000. If you really want to…

What are you buying for the motorsport fan in your life? (Or heavily leaving hints about with your loved ones?) Tell us and share more gift ideas in the comments.