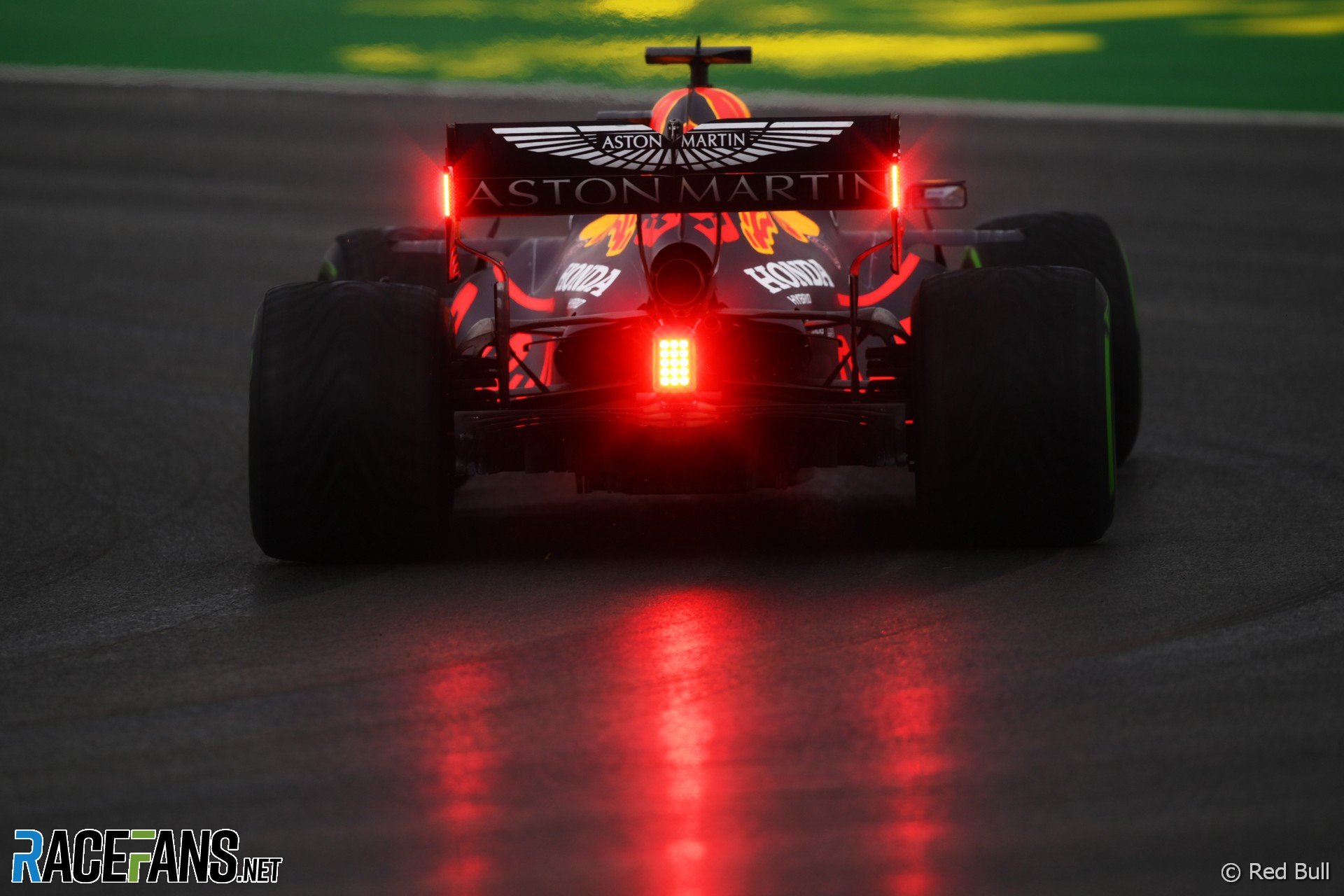 Max Verstappen completed a sweep of all three practice sessions for the Turkish Grand Prix as rain made the slippery track surface even more treacherous.

Drivers found little grip on the recently-resurfaced track yesterday, and steadily increasing rain falling from the beginning of the session meant conditions deteriorated throughout the final hour running.

Intermediate tyres were the preferred choice for drivers as the session began. The rain was lightest at this point, and the quickest times were set at this stage. Verstappen’s a 1’48.485, left him 20 seconds off his benchmark from yesterday.

Charles Leclerc took up second place behind him, albeit almost a second slower in his Ferrari, followed by Alexander Albon. Esteban Ocon was fourth for Renault after being tapped into a spin by Leclerc at turn 12.

The drivers didn’t need any help losing control of their cars as the rain grew heavier. Car after car snapped out of control, though none made it as far as any barriers.

“I just don’t understand what we’re doing with these tyre temperatures,” exclaimed Carlos Sainz Jnr in frustration after going for a spin in his McLaren.

Some drivers preferred to stay out in the hope they would gain useful experience for tomorrow’s race, when further rain is possible. “It’s very slippery for sure,” said Leclerc, “but if we have this in the race we need to train and you know I want some practice in these conditions.”

The rain grew heavier, however, and gradually the drivers returned to the pits around halfway through the hour of running. “The session should be red-flagged,” remarked Sainz, “it’s not even possible to stay on the track on these tyres.”

The rain briefly eased towards the end of the hour and some drivers returned to the track, now on full wet weather tyres. Then it really started to pour, prompting another spate of spins, Antonio Giovinazzi alone going off twice.

Lewis Hamilton, one of three drivers who declined to even set a lap time, briefly popped out of the garage before a fresh downpour. “It’s impossible out here,” he remarked as he returned to the pits. Kimi Raikkonen agreed, telling his team “that was a waste of time” as he drove in.

25 comments on “Verstappen makes it three out of three in treacherous, rain-hit session”