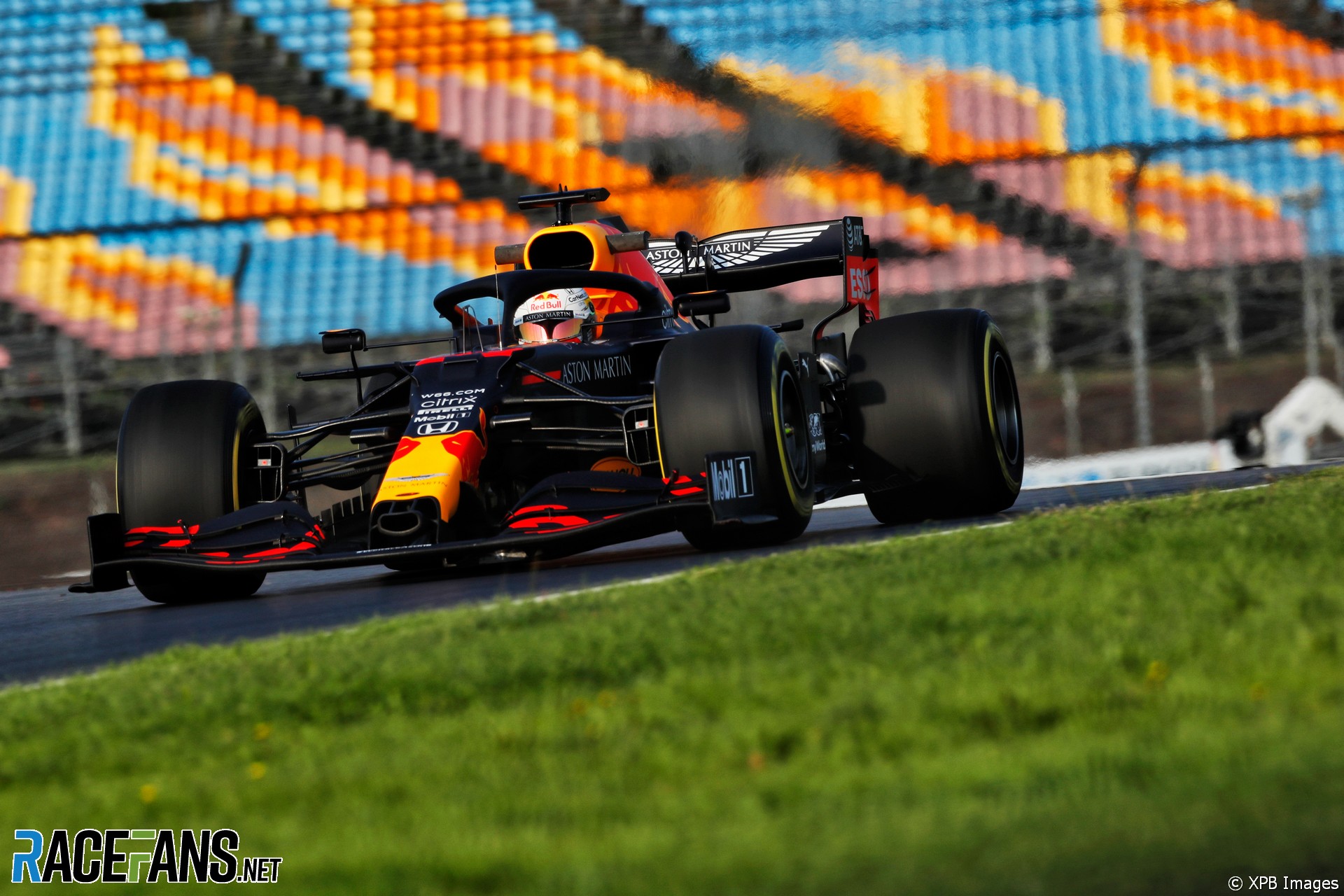 Max Verstappen stayed on top of the times in the second Friday practice session at Istanbul Park, as the slippery track surface began to yield more grip.

The recently resurfaced track, which had been damp at the start of the day, dried out before the second sessions. It proved a slow process, with no other cars on-track to clean it up, and track and air temperatures rising by just one degree.

While most teams ran the hard tyres during first practice, the medium and soft compounds were favoured in the second session. Romain Grosjean, who was among the drivers to start the session on hards, made it clear he was keen to switch to softer rubber following an early spin.

The medium tyres took around six or seven laps to yield competitive times. Temperatures proved hard to maintain and drivers were repeatedly instructed to push their brakes where possible, to keep them within the right thermal window.

Esteban Ocon reported his car was turning left under braking, which the Renault pit wall explained as due to a brake temperature imbalance. Other drivers reported similar problems in first practice.

Verstappen and team mate Alexander Albon exchanged the fastest time for most of the first hour of the session. Albon was the first driver to lap the track in less than 90 seconds and ran long stints on both soft and medium tyres, still finding more pace after more than five laps. That may not prove to be the case have any bearing for race or qualifying stints, as the track evolves and cars are able to carry more speed.

Multiple drivers had relatively harmless spins during the session, losing rear grip. George Russell, Nicholas Latifi and Kimi Raikkonen took spins in quick succession and finally Daniil Kvyat, in the final minutes of the session. All drivers were able to continue.

The three teams locked in a fight for third place in the constructors’ championship languished at the bottom of the top 10 and second half of the times. Lance Stroll and Lando Norris were the only drivers for Racing Point, Renault and McLaren to breach the top 10 and the rest were bunched behind them down to Daniel Ricciardo in 15th.

AlphaTauri, who had been front of the midfield this morning, again showed promise by taking sixth and seventh fastest while Ferrari seemed to be more on the pace than usual, Leclerc challenging Verstappen for fastest time during the final fifteen minutes of the session.

Overall, lap times fell by more than five seconds compared to first practice, but remain well shy from the expected times. Contrary to expectations, no one appears to have tackled turn eight flat-out yet.