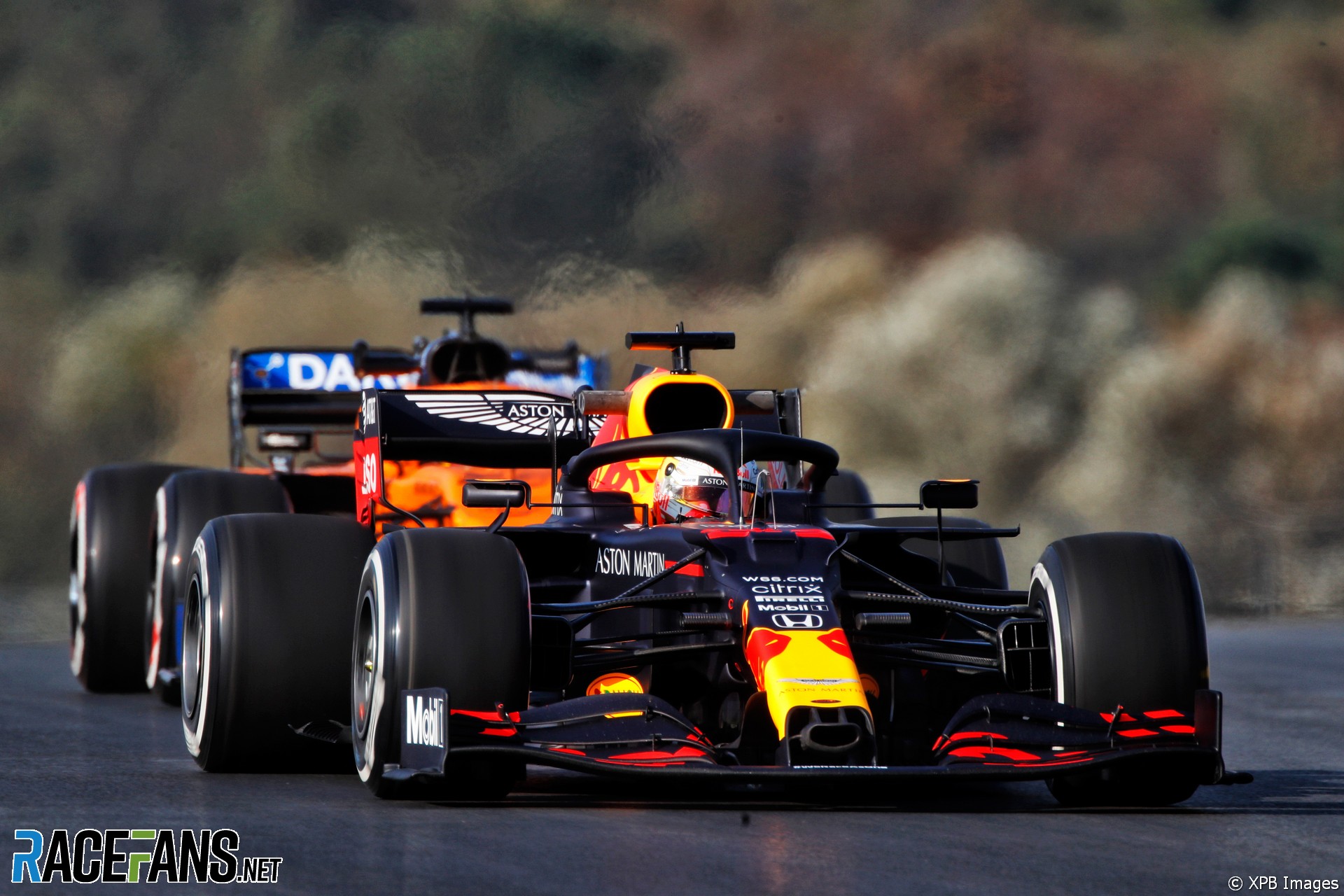 Formula 1 drivers lapped over 10 seconds off track record pace in the the first session at a newly-resurfaced and very slippery Istanbul Park.

New asphalt had been laid at the Turkish venue within the last fortnight, leaving it very green for F1’s return. Drivers observed yesterday how dirty the surface was during their track walks.

The track operators dumped large quantities of water on the track to wash ahead of practice, meaning the session started with several damp areas on the start/finish straight, particularly at turn one and turn nine.

The first driver out on track, Max Verstappen, immediately told his team on the radio the conditions were “like driving on ice.”

Less than five minutes into the session Charles Leclerc knocked over the pit lane entry bollard. The session was red-flagged so it could be retrieved and bolts removed.

A tentative return to running saw Valtteri Bottas as the only man to head back out on track, sliding even on the pit lane exit and being told by his engineer that tyre temperatures were 20C below the window they needed to be in.

Several drivers who attempted running abandoned it, Pierre Gasly telling his engineer that “this has been a good first experience of rallycross” while Kevin Magnussen reported conditions as “insane”.

Carlos Sainz Jnr was called in on his second run, to investigate an electrical problem on his power unit. The team attempted a fix in the garage but after Sainz went back out on track, he almost immediately had to pull over and switch the car off, prompting a short Virtual Safety Car period while marshals retrieved it.

Despite frequent driver radio complaints, most cars returned to the track for longer runs in the final half-hour of the session as tyre temperatures improved. Lap times fell quickly, from the high 1’40 mark to 1’35s.

Alexander Albon led the session for most of the final 15 minutes but he was pipped to the top time by team mate Verstappen at the chequered flag.

Lap times were over 10 seconds off Juan Pablo Montoya’s 2005 record, and nearly as far away from the pole position time for the last Turkish Grand Prix, Vettel’s 1’25.049. The first practice lap times were more comparable to GP2’s last times here, when Romain Grosjean took pole with a 1’34.398, showing just how severe the lack of grip was.

Lewis Hamilton did not set a time until late in the, eventually finishing 15th fastest and more than five seconds back from Verstappen’s time.