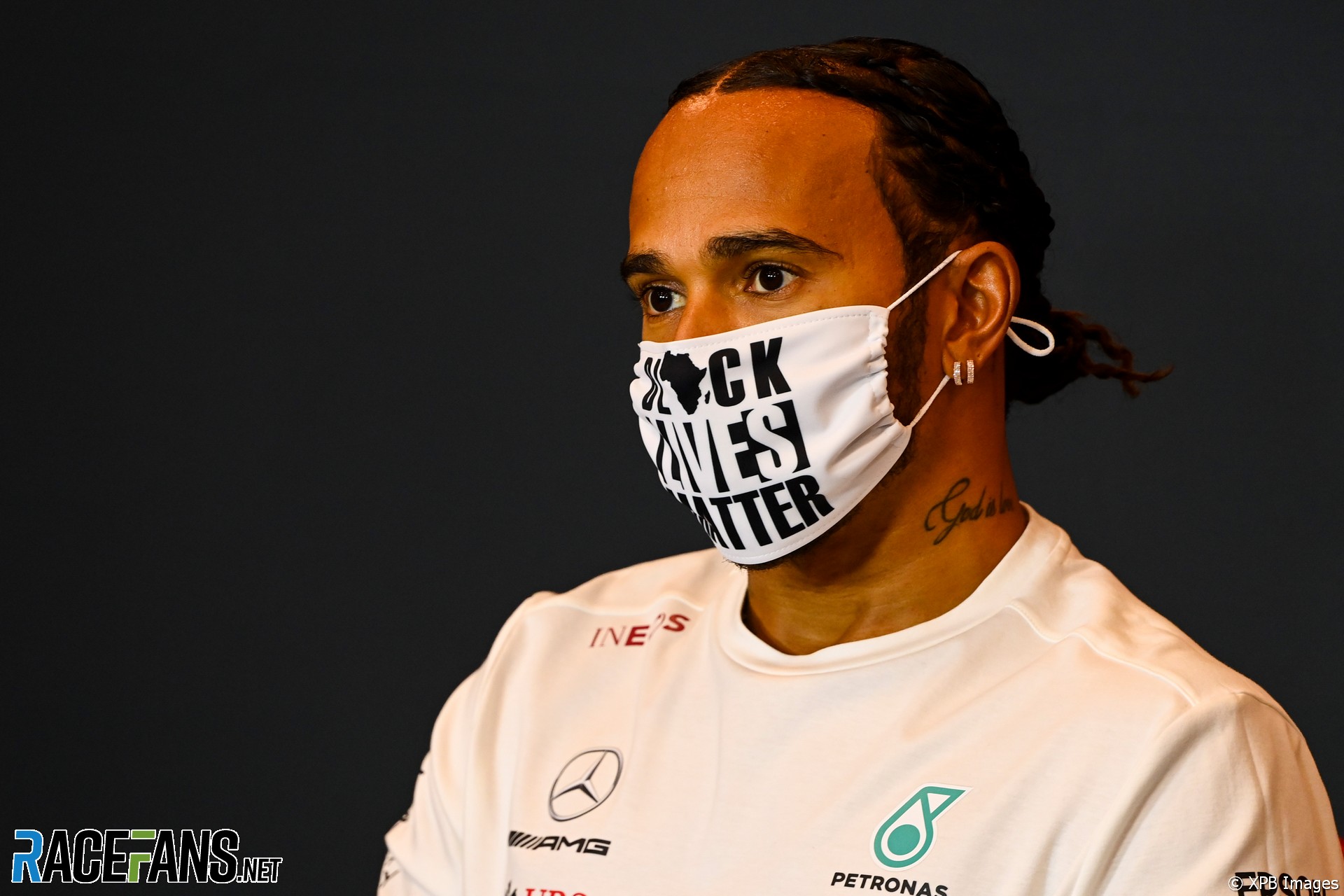 Lewis Hamilton says the possible introduction of a cap on drivers’ salaries is a matter the Grand Prix Drivers Association should raise with Formula 1.

Driver salaries caps were discussed by the F1 Commission last week, but several team bosses said during the subsequent Emilia-Romagna Grand Prix that no final plans or timetable for their implementation had been agreed.

Hamilton, who could win a record-equalling seventh world championship title at next week’s Turkish Grand Prix, is Formula 1’s highest-paid driver. The proposed salary cap would allow teams to spend up to $30 million across both drivers’ salaries – less than Hamilton’s pay alone – with any additional spending deducted from the new budget cap which will come into force next year.

The Mercedes driver expressed surprise at reports a salary cap could be introduced as early as 2023. “I didn’t even know that that was being discussed,” he said. “I think from the driver’s point of view it’s a surprise for us.”

He said that the idea had been previously raised but drivers had not been part of recent discussions. “We obviously heard of the idea a while ago, I think it was last year in France, but it’s the first that we heard of it this week.”

Hamilton emphasised that drivers should be part of talks, with the GPDA acting as potential representation for their interests to Formula 1 Management, “It’s something that we think is important, that the GPDA work closely with the Formula 1 to discuss and get into discussions of of how they move forwards,” he said.

With less than two months to go until the end of the year, Hamilton has not yet agreed a contract to drive in Formula 1 next season and has hinted he could choose not to continue as he reconsiders his priorities in and out of the sport. However his Mercedes team principal Toto Wolff believes Hamilton is not ready to go into retirement yet.

Wolff said F1 needs to ensure teams remain able to pay salaries which will allow them to keep top talent in their cars.

“I think the discussion around this topic is a very emotional thing,” he said. “Formula 1 teams, in order to be sustainable long term and attractive as sport franchises, need to show profitability, like any other company out there and I think we we all need to achieve that.

“On the other side, it’s clear that drivers, the ones that are in Formula 1, are the best in the world, should earn high salaries like all the other top stars in sport.”

Wolff pointed out F1 drivers tend to face greater limitations on securing their own brand partnerships and sponsors than other sportspeople, making their salaries a more significant part of their earnings.

“Those salaries are limited to what they are getting from the team, because the scope of promoting the brand, endorsement deals et cetera and their rights are very limited. That’s why it will be interesting to sit at a table with representatives of the drivers and the drivers themselves to see how can we align ourselves, long term, so that everybody’s benefiting from a growth in Formula 1 and, like American sports have done, without really harming future earnings for the drivers.”

A salary cap, engine freeze and ban on the use of wind tunnels were among the possible rules changes discussed by the F1 Commission last week. Read the new edition of the RacingLines column later today on RaceFans to find out more