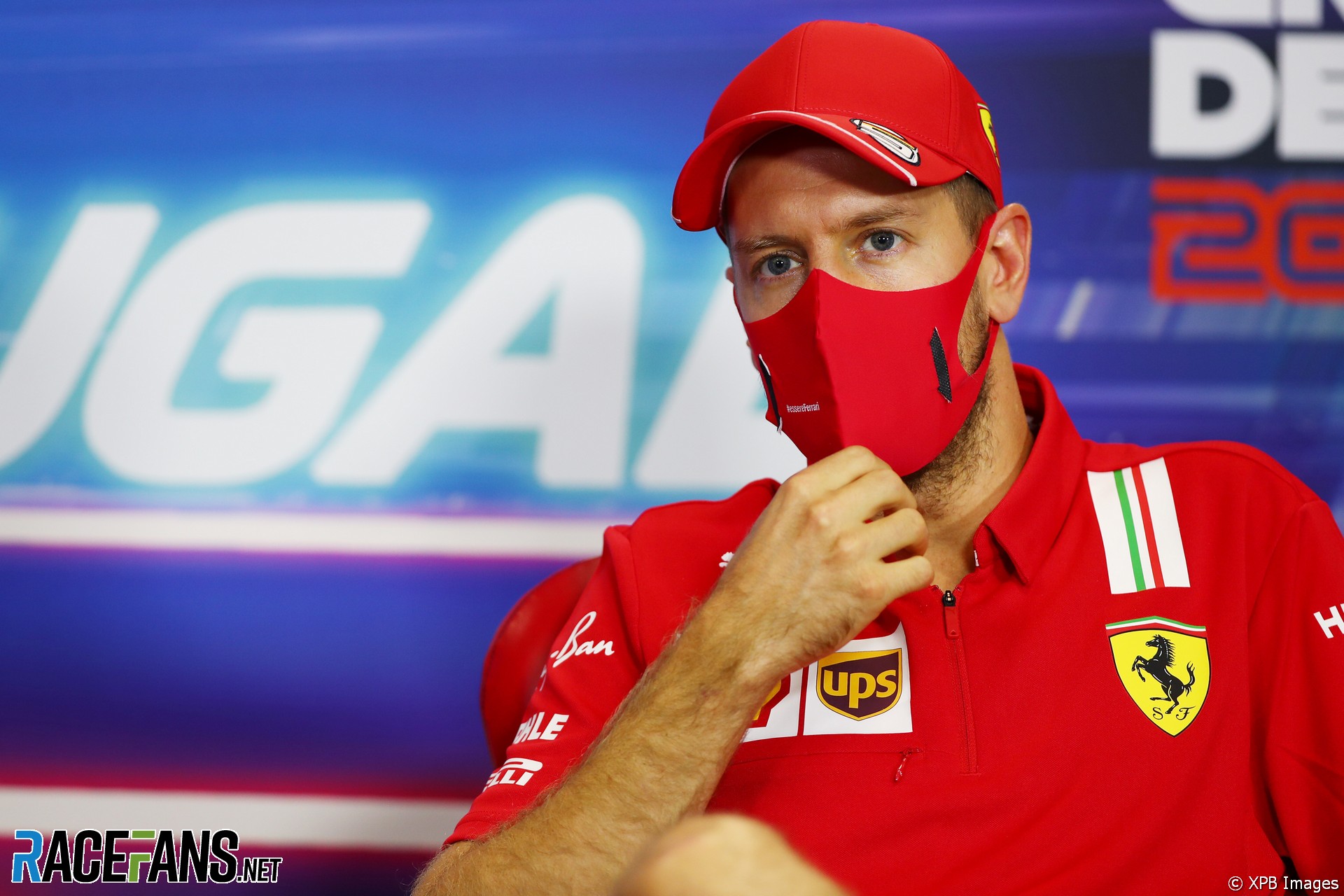 Sebastian Vettel says he hopes to finish his Ferrari career “with dignity” as he heads into his final six races with the team.

The four-times world champion joined Ferrari in 2015 but learned earlier this year he will not be retained for the 2021 F1 season. He has endured a tough campaign so far this year and languishes well behind team mate Charles Leclerc in the championship.

“Obviously this year’s car is not easy to drive for both of us,” said Vettel. “I’m sitting in all the meetings that Charles is participating in as well and I think we share the opinion. So for sure, it’s not always easy.”

Vettel said his commitment hasn’t lessened despite the knowledge he will leave the team after this season. “It’s quite clear, obviously, going into the season, knowing that you’re going to part ways it’s always going to be a different sort of love story. Nevertheless I respect all the work that has been going in on my side and in the last year and therefore I’m willing to give my maximum back.

“It’s not been the easiest of years with where we are. I think the races as well here and there, they didn’t really go our way. But sometimes it’s like this. I think we and myself have to push through and pull through and as I said, look forward to the the new tracks that we have on one hand and the races that are coming up to try and put things together a little bit more.”

Vettel will join Racing Point – which is due to rebrand as Aston Martin – next year. He said he is “very much looking forward to a new chapter that starts next year” but will always remember his spell at Ferrari as a special time, because of its connection to his childhood hero Michael Schumacher.

“Ferrari has always had a special place in my head, in my heart, because when I grew up, Michael was my hero and Michael at that time was in the red car. So I think that’s where one part of the passion comes from.

“The second part, obviously, understanding that Ferrari has in Formula 1, being the only team that has participated in all the [championships] and so on. It is a special brand. I’ve had the privilege to live through those emotions together with the fans, with the team and the country of Italy. So I think that’s an enormous privilege.”

Vettel wants to “close the chapter here with dignity and try to get myself back together so that I can deliver the sort of performances that I know that I can [by] overcoming those obstacles and then be ready for, as I said, the new chapter.”

“I don’t think I’m that type of guy that bubbles up at the end and it all becomes super-emotional,” he added. “I don’t think so. I’m realistic to know that things are going to an end and as I said, the situation in the team now is also different than maybe a year ago or two years ago. So I think we know where we are and where we’re headed.”