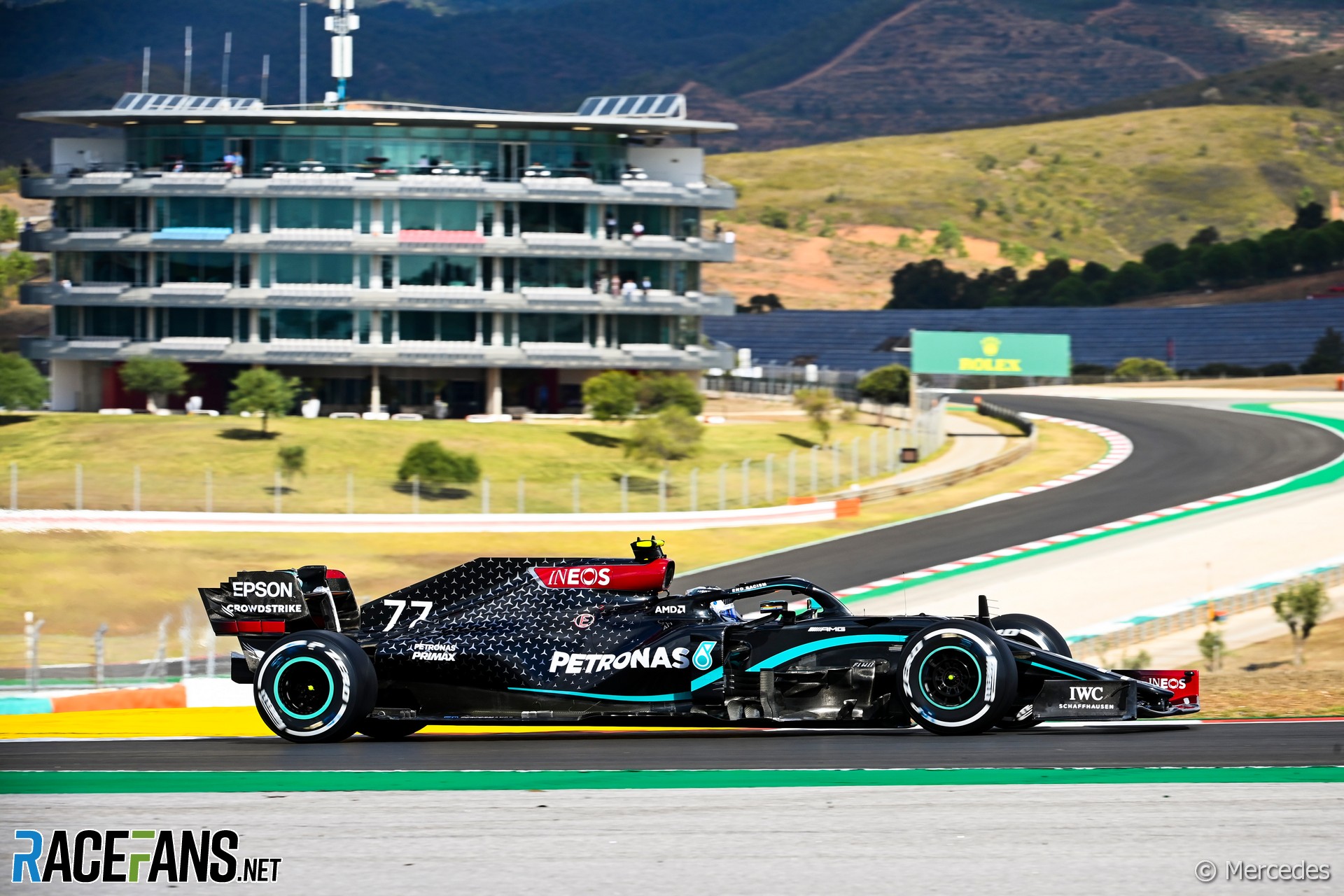 Valtteri Bottas and Lewis Hamilton topped the times in F1’s first practice session at the Autodromo do Algarve.

As usual Max Verstappen led the opposition for Red Bull. He was separated from team mate Alexander Albon by Charles Leclerc as Ferrari made a strong start at a track which is new to the F1 calendar.

Drivers experienced low-grip conditions in the first practice session on the recently resurfaced circuit. Track temperatures began at 24C, and only rose by a few degrees during the 90 minutes of running, which saw a smattering of light rain during the final half hour.

Carlos Sainz Jnr made a strong early showing, but described the low-grip surface as being like “Tokyo Drift”. He spent the initial half hour of first practice two seconds clear of the rest of the field.

The other driver to get a lot of early running in, Verstappen, had a quick spin at turn four. He complained the front wing offset was “completely wrong”, but showed better pace as the session went on.

Both Sainz and Verstappen had early lap times deleted for straying beyond track limits: Sainz at turn four and Verstappen at turn one. The latter’s engineer pointed out to his driver that at this circuit all four wheels of the car needed to be on the kerb, not over it.

Several drivers complained about the lack of grip. Nicholas Latifi, Kimi Raikkonen and Daniil Kvyat were also among those who spun. The Williams driver went off at turn 13, making a very short excursion through the gravel. This corner and the subsequent turn 14 appeared to offer particularly little grip.

Despite reporting instability during the session, Albon encouragingly lapped within two tenths of a second of his team mate for fifth. Sainz’s early fast times left him sixth fastest.

Sergio Perez was able to make the most of Racing Point’s upgrades for seventh, also completing the longest run of 13 laps on medium tyres. His team mate Lance Stroll made his return to action after illness ruled him out of the Eifel Grand Prix, and ended the session 15th.

Shortly after his spin, Raikkonen put in the eighth-fastest time of the session, making a rare incursion into the top 10 for Alfa Romeo. Daniel Ricciardo was ninth ahead of Pierre Gasly, who was told to pit with a suspected fault on his AlphaTauri during the session.

After the chequered flag fell Esteban Ocon’s Renault began puffing smoke alarmingly. He was also told to pit, his engineer warning him not to change gear as he returned.