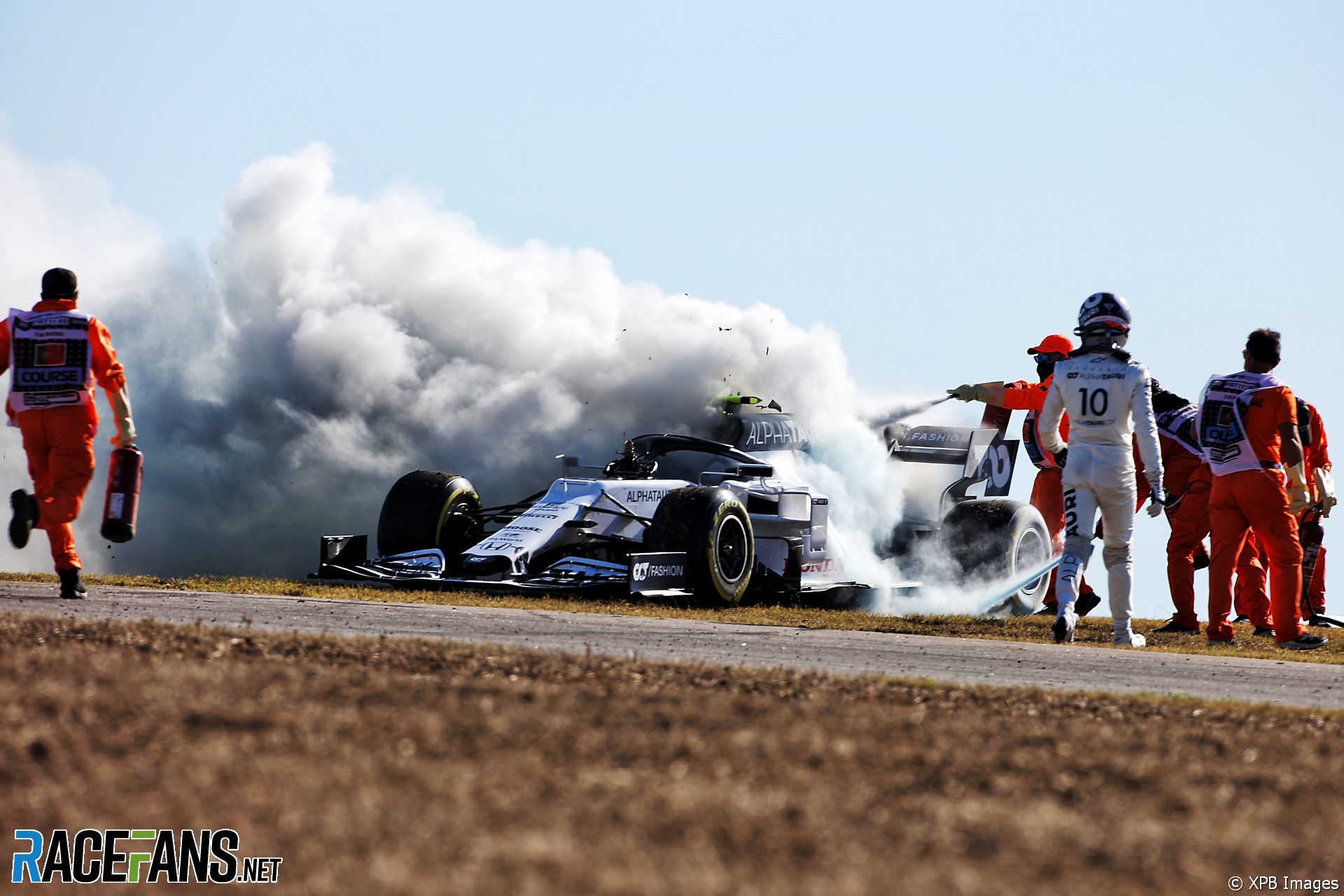 Valtteri Bottas once again topped the session times in second practice, in a session heavily disrupted by red flags.

The session was initially stopped following a fire on Pierre Gasly’s AlphaTauri. A collision between Lance Stroll and Max Verstappen in the final minutes brought the red flags out again.

Track temperatures were significantly higher than the morning session, at 37C, and wind speeds had picked up slightly. Carlos Sainz Jnr immediately reporting that his McLaren felt less stable as soon as he went out on track.

Second practice began with a half-hour Pirelli tyre test. Drivers headed out on theoretically unknown compounds to test for 2021.

Verstappen was fastest after this 30 minute test, setting a 1’21.575 lap. With every car on track to carry out the test, as required by the rules, drivers found it difficult to find space.

The test session proceeded smoothly for the most part, although several drivers complained about graining (Russell) and general degradation on the tyres (Vettel) before the end of their planned runs. Lewis Hamilton returned to the pits early after reporting vibration in the car severe enough that he found it difficult to see.

After that the session continued more normally, most drivers attempting a medium tyre run and the top time briefly being passed back-and-forth by George Russell, Pierre Gasly and Sebastian Vettel. However, shortly into his run Gasly’s car caught fire and the session was red-flagged after just 15 minutes of regular practice running.

Verstappen and Sainz nearly collided into turn one shortly before the red flag, which proved somewhat prophetic for for what happened later. Lance Stroll passed Verstappen but the Red Bull driver moved to retake him when the two collided into turn one, both ending up in the gravel. A furious Verstappen was able to return to the pits but the session had to be red flagged again in order for Stroll’s car to be retrieved.

With only 20 minutes remaining, drivers were under pressure to get specific running in if the session was restarted, rather than trying for lap times. The green flag was waved with just under seven minutes to go, leading to a somewhat mixed-up order at the end of the session.

Bottas’ best lap time of 1’17.940 was set before the first red flag, on soft tyres, with Verstappen second-fastest in the session on 1’18.535. Lando Norris set a lap after the chequered flag to go third fastest, slightly under two tenths back from Verstappen on 1’18.743.

Charles Leclerc – who had been frustrated by traffic during a lot of the session – was fourth. Sainz was fifth, McLaren advising him he was losing time to Norris by braking later into turn eight.

Hamilton finished the session only eighth fastest, behind Leclerc and Gasly, on a best time of 1’19.308 – over a second off his team mate – with Esteban Ocon and Alexander Albon completing the top ten.