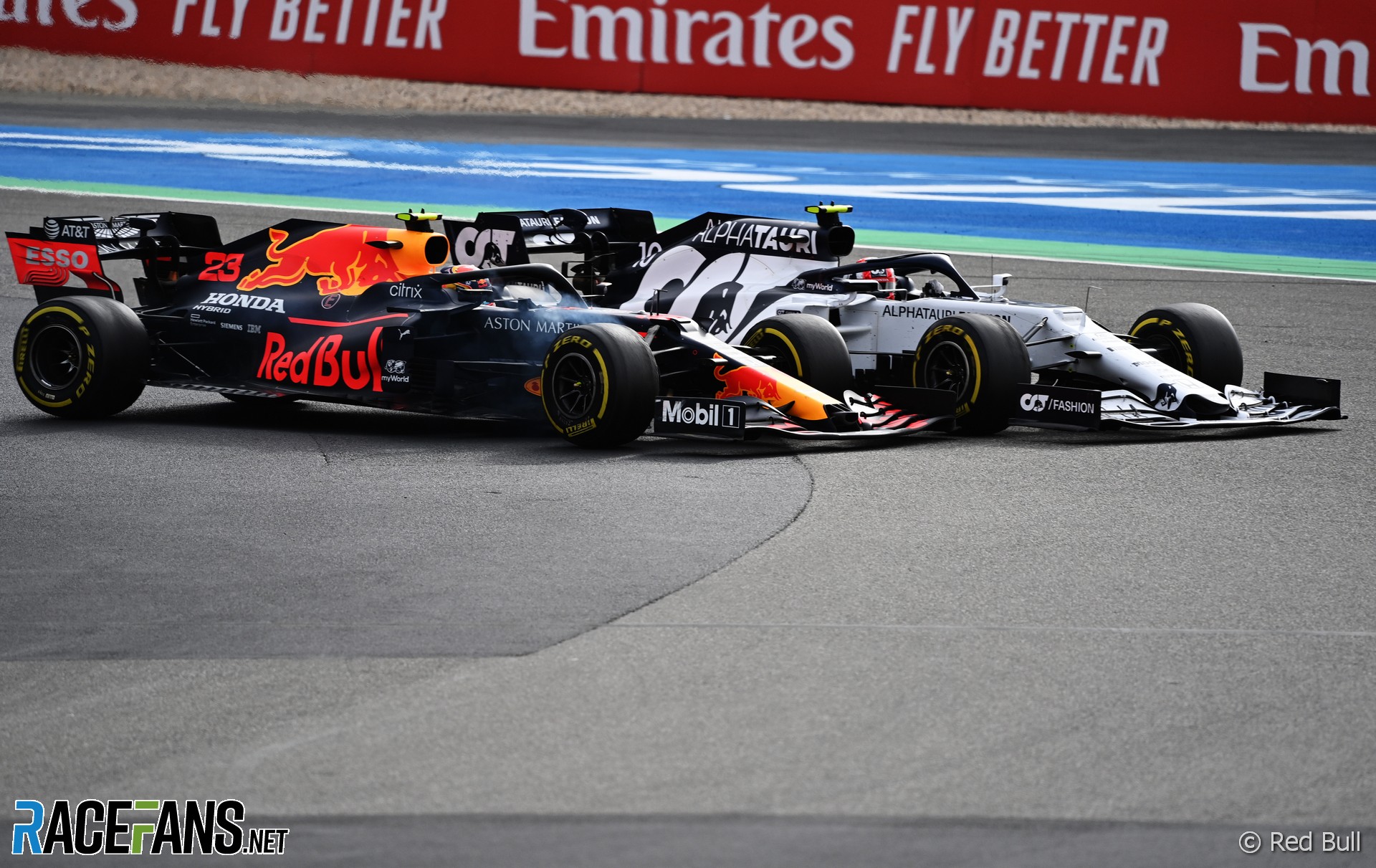 In the round-up: Alexander Albon admits he isn’t happy with his performance in the Eifel Grand Prix after flat-spotting his tyres early on and being penalised for a collision with Daniil Kvyat.

We’ve had an encouraging initial response to our RaceFans Supporter Drive so far but we’ve still got a very long way to go to hit our target.

We’re aiming to recruit 3,000 new RaceFans Supporters – head over here to find out why and to join up:

Albon reflected on a tough race which resulted in his third point-less finish of the year after Red Bull retired his car due to radiator damage:

I locked up. Obviously on a track like this, with a track temperature like this, that’s the worst thing to do. We boxed, came through and had I think some power unit issue or something, I’m not too sure.

Obviously the pace in the car is good so it’s annoying to have a result like this now. But to be honest, I mean on my side, I wasn’t really too happy with my race. Just a few mistakes and obviously the lock-up compromised a lot.

At the 2017 Canadian GP he was presented with an @AyrtonSenna helmet after equalling his former record of 65 pole positions (Schumacher held the record at the time with 68). pic.twitter.com/Pv0jVnkA4f

For the first time EVER, the @NASCAR Cup Series is racing on rain tires!

The track is wet, and rain's in the forecast. You don't want to miss this on @NBC! #NASCARPlayoffs

Better late than never. BOTTOMS UP 👞🍾

Straight to the point (Alfa Romeo)

"I think we could and should have finished a bit higher, in eighth, but the last Safety Car really hurt us as we lost places to Hulkenberg and Grosjean. In the end, though, finishing in the top ten was the target and we did it."

Bouncing back with double points in Eifel GP (Racing Point)

"Nico was fully deserving of being voted driver of the day by the fans. He was up against it, having only done ten laps in the car prior to the race, so to finish in eighth is a tremendous effort."

"I think this was the best we could have extracted from the package today, and we closed the gap a bit to sixth position in the constructors championship, so we are positive for the future."

"Daniel drove a great race and fully deserved this – we will have to see about that bet now! It is a bit bittersweet as only one car was at the finish line. Esteban was driving a solid race until his car developed a hydraulic issue and we had to retire him. Without it we could have got a huge points result, which is very important as reliability is what will eventually define the championship in Abu Dhabi."

"Obviously, we did a different strategy on tires – it was very difficult at the beginning. For us, we have to take risks, if we follow regular strategy we don’t have the raw pace to be up there sadly. We managed to hold on though and go for one stop in the race."

Congratulations Lewis Hamilton! Great moment with Mick after the race, Lewis and Michael are special special drivers, privileged as a fan to have watched both of them drive in real life. To win 91 races in whatever machine, is an incredible effort. Both forever legends in our sport.
LB (@burden93)

57 comments on “Albon annoyed by his Eifel Grand Prix performance”