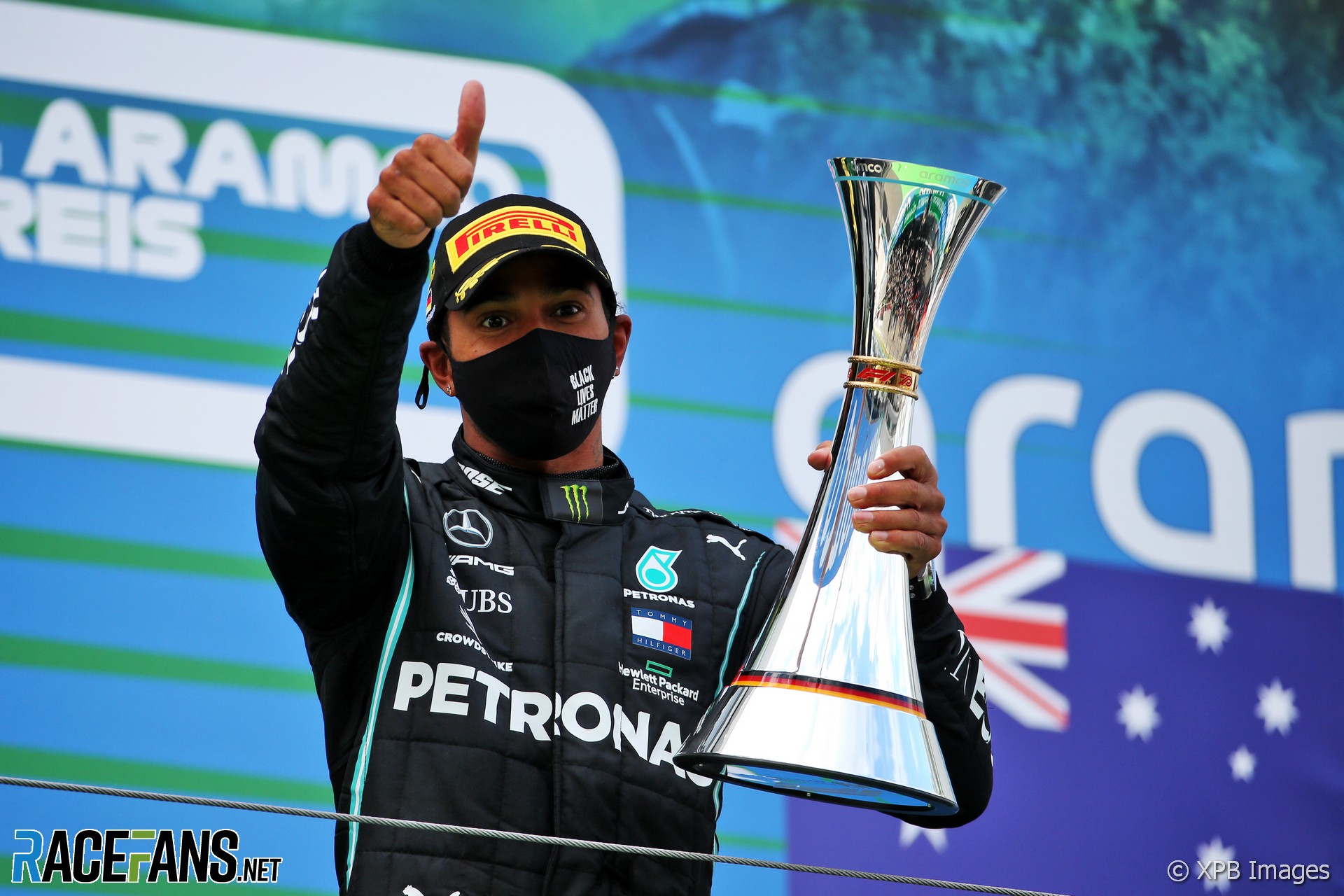 Lewis Hamilton’s achievement in equalling Michael Schumacher’s winning record should be respected, and not dismissed because of the quality of the equipment he’s had, says Mercedes team principal Toto Wolff.

With his victory in today’s Eifel Grand Prix, Hamilton equalled Schumacher’s 14-year-old benchmark of 91 Formula 1 wins. He has scored most of his wins since joining Mercedes, but Wolff rejected the claim that he owes his success to the standard of cars the team has produced in recent seasons.

“In my opinion that’s not quite fair,” said Wolff. “Winning races and winning championships is always in this sport a team exercise.

“But you need to put yourself in a position that you end up in the best car. There you can see lots of talents and skilled drivers took the wrong decisions, not well-advised decisions. And in that respect it was him who joined us in 2013, and it is him that sits in the car and is able to execute on track with a tool that we provide to him. But it’s always the two that are that are part of this.

Schumacher had won 40 more races than any other driver when he set the record in 2006. Wolff admitted he found it hard to believe Hamilton had equalled it.

“It’s unbelievable that Lewis has reached those 91 wins. For me, Michael stands above all. He’s an icon.

“Equalising that record and us equalising the Ferrari record last year is almost surreal. But records are here to be broken and I think that’s what Michael said as well. And Lewis is still on his journey.

“But maybe there’s somebody in nursery or school that will one day go for the Lewis record. And this is how it should be.”

86 comments on “Wolff: Hamilton’s dominance isn’t only because he drives a Mercedes”