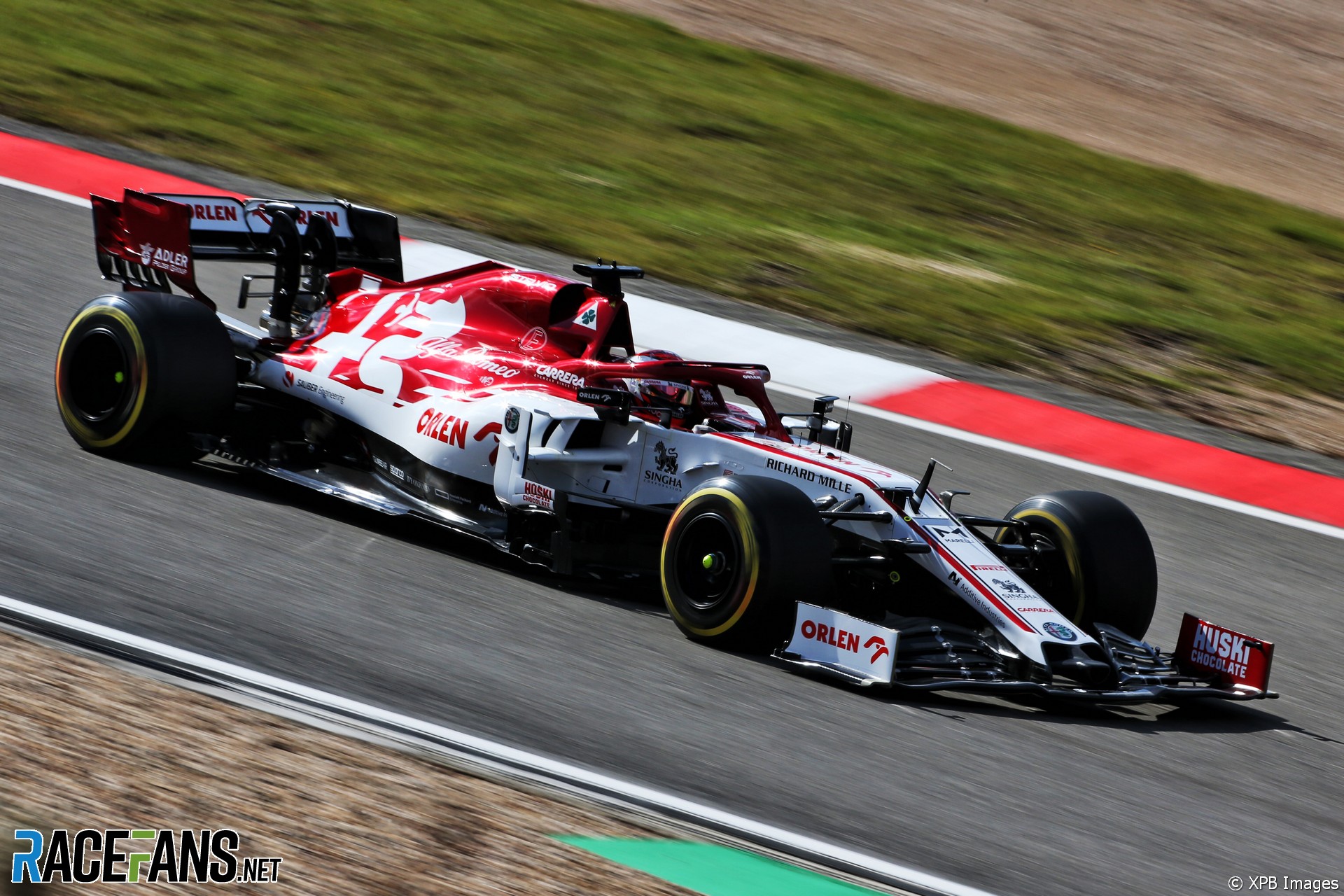 Kimi Raikkonen has been given two penalty points on his licence for his collision with George Russell during the Eifel Grand Prix.

The pair collided at turn one while fighting for position. Raikkonen locked up at the apex and slide into the side of his rival. The contact lifted the Williams into the air, and left Russell driving back to the pits with a puncture. He subsequently retired.

The stewards ruled “car seven locked up the front right tyre and touched car 63, causing an avoidable collision and retirement of car 63.”

The sanction means Raikkonen now has a total of four penalty points.

Russell said Raikkonen had made a “minor mistake” that was easily done. “In a Formula 1 car, especially when you’re following, it’s so easy to have a small lock-up and that obviously was the reasoning why he locked up, went wide, oversteered and went into me.

“So no hard feelings. It’s racing but it’s obviously frustrating from my side.”