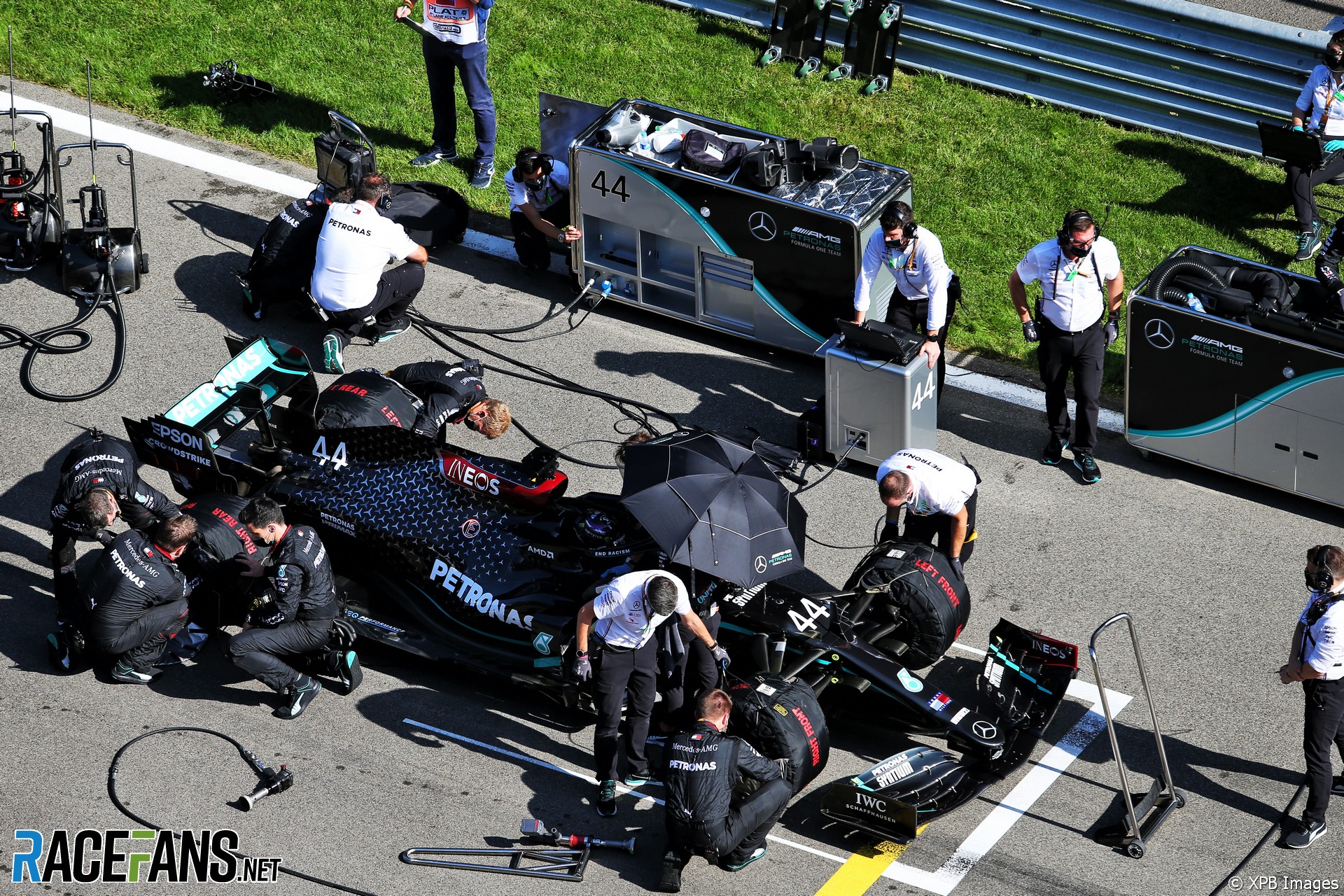 The stewards’ decision to penalise Lewis Hamilton for a practice start violation at the last race having cleared Charles Leclerc over a similar incident previously shows Formula 1 “still has some variability” in how incidents are handed, says Mercedes team principal Toto Wolff.

However documents issued by the stewards three races earlier at Spa indicated Leclerc had done the same without penalty. The details emerged when the Ferrari driver was investigated for exceeding the maximum lap time on his reconnaissance lap.

The stewards ruled Leclerc was not in breach as he “had crossed Safety Car line two, hence triggering the timing for the lap, then stopped for approximately 12 seconds to perform a practice start, then completed the reconnaissance lap.” However this indicated Leclerc contravened the race director’s instruction to drivers stating that such practice starts “must be done prior to the second Safety Car line”.

Speaking ahead of the Eifel Grand Prix, Wolff said he felt the rules had not been applied consistently.

“I saw Charles’s situation and it was the same,” he said. “He was after the position that was indicated in the event notes. He wasn’t that far down the pit exit as was Lewis, but nevertheless he was still after the line.

“We have still some variability between penalties on one side,” Wolff concluded. “Something that from the pure optics looked much less of an infringement, [which] was Charles, but nevertheless behind the line and behind the lights, and that wasn’t penalised.

“Then, on the other side, you had a situation where Lewis was further down the line and still in the same position and was awarded two five-second penalties. So we need to have a little bit of a more balanced situation.”

However Ferrari team principal Mattia Binotto disagreed the two incidents were comparable. “Relative to Charles, I think that the situation was completely different in Spa,” he said.

“There was a race director’s note indicating that drivers could have somehow passed the line just to make that they were avoiding to have a queue in the pit lane. That’s exactly what Charles did, just passing by two metres the line, to avoid any queue, without having any advantage from that move. So I think that situation was completely different and that’s simply our view on the Charles fact in Spa.”

Hamilton originally received two penalty points on his super licence for the practice start breaches, however both were later rescinded by the FIA.