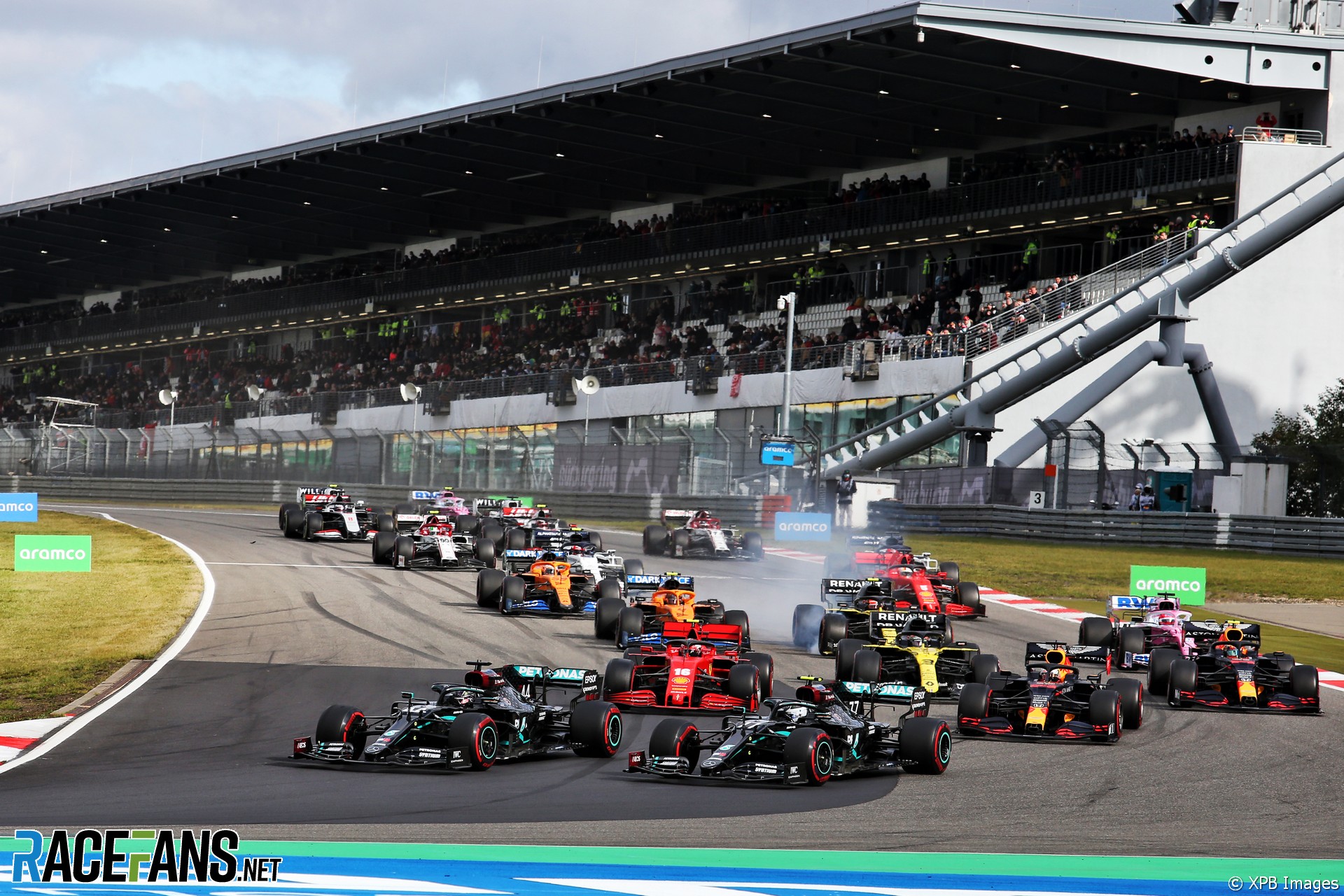 Lewis Hamilton scored the 91st victory of his Formula 1 career at the Nurburgring, equalling the all-time record for most wins in F1, set by Michael Schumacher.

A lively race run in unusually cool conditions saw several incidents. Bottas, who held the lead from pole position, lost his advantage when he ran wide at turn one, prompting Hamilton to pass him around the outside of the next corner.

Max Verstappen came in second having fallen five seconds behind Hamilton despite the field being compressed by a Safety Car period which ended with just over 10 laps to go. His team mate Alexander Albon retired earlier on following a collision with Daniil Kvyat.

The final spot on the podium went to Daniel Ricciardo, who ended Renault’s nine-year wait for a top three finish. As with the other two podium finishers, his team mate did not reach the chequered flag, a hydraulic failure accounting for Esteban Ocon earlier on.

Sergio Perez rose through the field to finish fourth ahead of Carlos Sainz Jnr. Lando Norris was on course for a strong finish in his McLaren before suffering a problem with his newly-fitted Renault power unit, which eventually forced him out, causing the late Safety Car period.

Seven different cars occupied the top seven places: Pierre Gasly brought his AlphaTauri home sixth, while Charles Leclerc slipped back from his fourth place on the grid to take seventh for Ferrari. Team mate Sebastian Vettel spun on his way to a point-less 11th.

Following his 11th-hour recall to Racing Point, Nico Hulkenberg rose from last on the grid to claim points for eighth place. Romain Grosjean nursed a sore hand from the beginning of the race, which he believed was caused when it was struck by gravel from Kimi Raikkonen going off, but claimed his first points of the season with ninth.

Antonio Giovinazzi claimed the final point for Alfa Romeo in 10th, with Vettel and his team mate Kimi Raikkonen close behind. Raikkonen served a 10-second time penalty for a collision with George Russell which ended the Williams driver’s race.