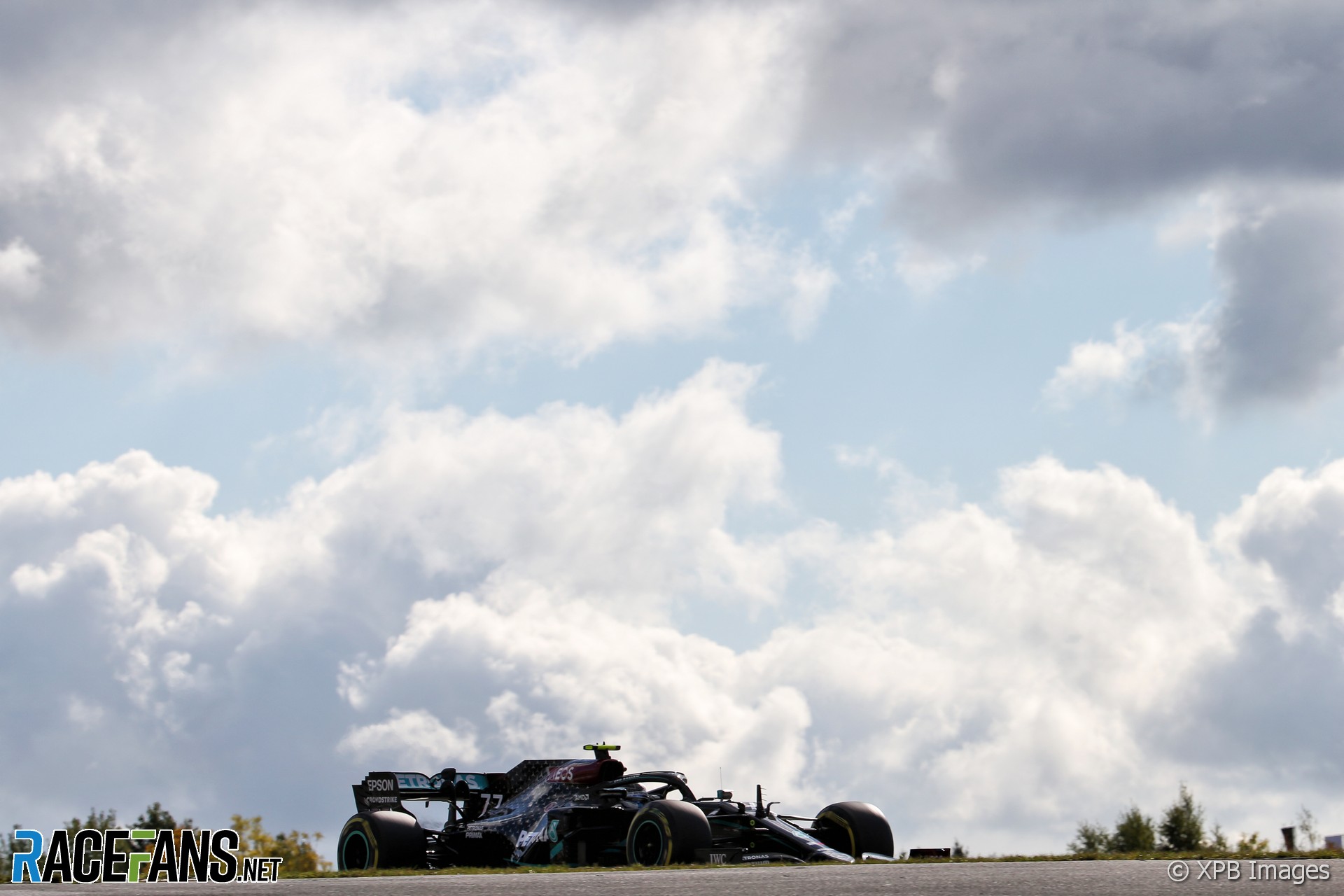 Valtteri Bottas led team mate Lewis Hamilton in the single hour of practice at the Nurburgring ahead of today’s qualifying session.

Several drivers had difficulty getting to grips with the cold conditions, as track temperatures reached just 16C in what was officially the third practice session, though worse weather prevented any running in yesterday’s two sessions.

While most drivers maximised their first opportunity to complete some running, covering over 20 laps each, one sat out the session entirely. Racing Point’s Lance Stroll did not join the track when the session began, and the team shortly confirmed he had reported feeling unwell.

Stroll’s participation in qualifying, and therefore the race, remains in doubt. Nico Hulkenberg, who has served as a substitute for Racing Point twice already this year, arrived at the circuit during the session.

The Ferrari drivers put on a strong showing in the chilly conditions, both ending the session inside the top five. Charles Leclerc was third fastest, after being flummoxed by Lando Norris’s driving at the end of the session, the McLaren driver unexpectedly overtaking him into the first corner.

He was separated from team mate Sebastian Vettel by Max Verstappen. The Red Bull driver reported understeer around much of the lap. Vettel, fifth, was one of several drivers to have a brief but harmless spin, his Ferrari getting away from him at the exit of the chicane.

Norris was sixth-quickest ahead of the sole running Racing Point of Sergio Perez. Daniel Ricciardo put his Renault in eighth place ahead of Alexander Albon and Pierre Gasly.

Both Williams drivers suffered spins during the session, but without causing any damage to their cars. George Russell touched the wet kerb on the outside of the Veedol chicane and spun onto the grass, taking a long time to come to a stop, but without hitting anything.

Nicholas Latifi’s FW43 swapped ends on him at the final corner. He briefly became stuck next to the barrier but was able to reverse his way carefully back onto the circuit with the assistance of his team.

The 16-year-old track record fell the first time cars took to the track for the Eifel Grand Prix. By the end of the session Takuma Sato’s 2004 benchmark of 1’27.691 had been beaten by almost a second and a half.