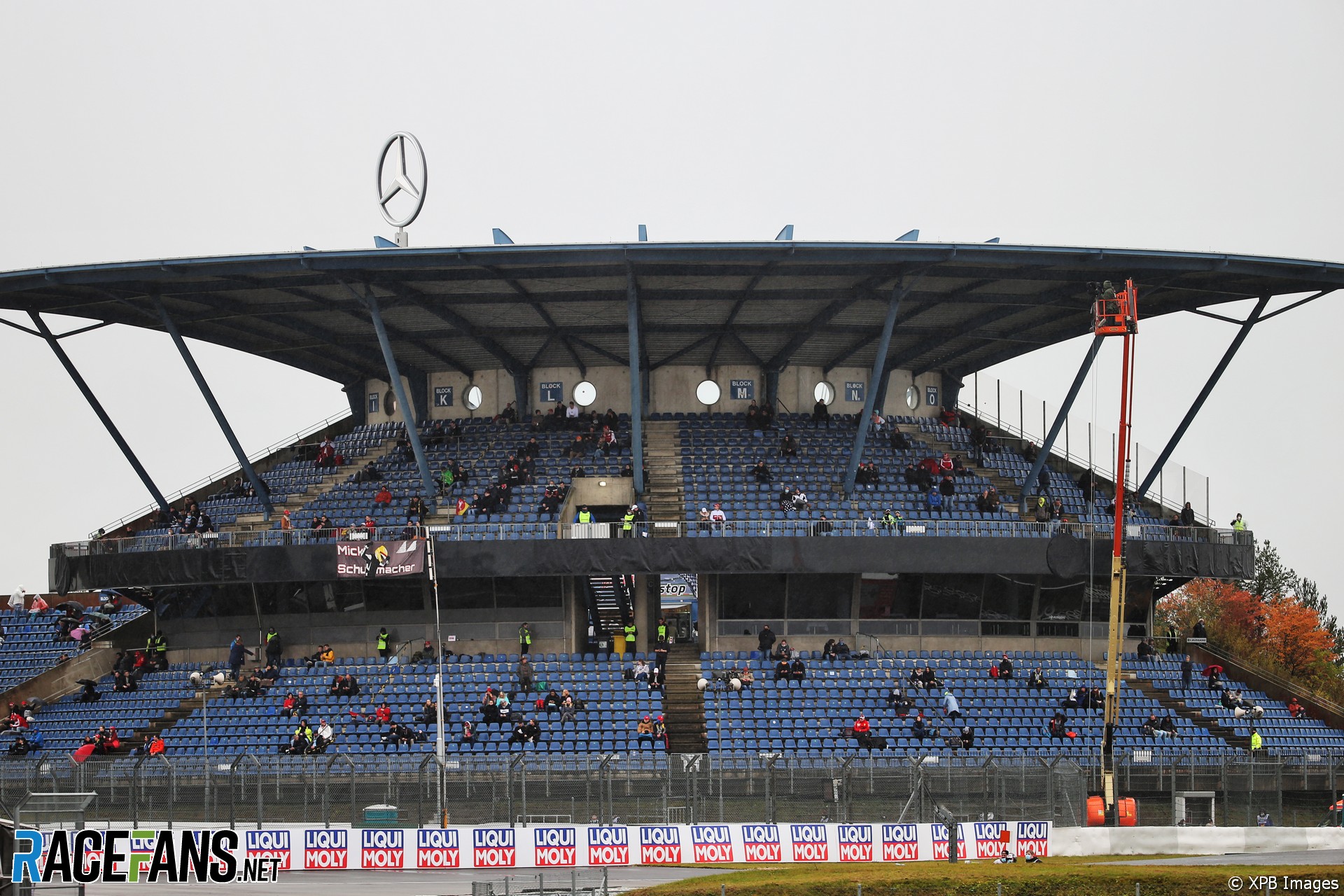 Both of today’s practice sessions at the Nurburgring have been cancelled as a result of the weather conditions in the area.

As was the case for the morning’s practice session, second practice was also cancelled as the combination of rain and fog in the area prevented the medical helicopter from being able to reach local hospitals.

“The weather and dampness is fine,” confirmed F1 race director Michael Masi, “it’s actually just that the medical helicopter is not able to fly to the receiving hospital due to fog.

“Even though we have the broadcast helicopter, that’s only flying around the circuit. To go from here to any of the hospitals should something happen is not possible and therefore from a safety perspective we would not start the session.”

However Masi is hopeful more running will be possible over the next two days, when qualifying and the race are due to take place.

“The forecast looks better. but we’re also working on some back-up plans should we have a similar situation to be able to try to work around. So we’re working on those as we speak.”

Following the cancellation of today’s two practice sessions, F1 drivers have just one hour of practice remaining tomorrow morning ahead of the qualifying hour.