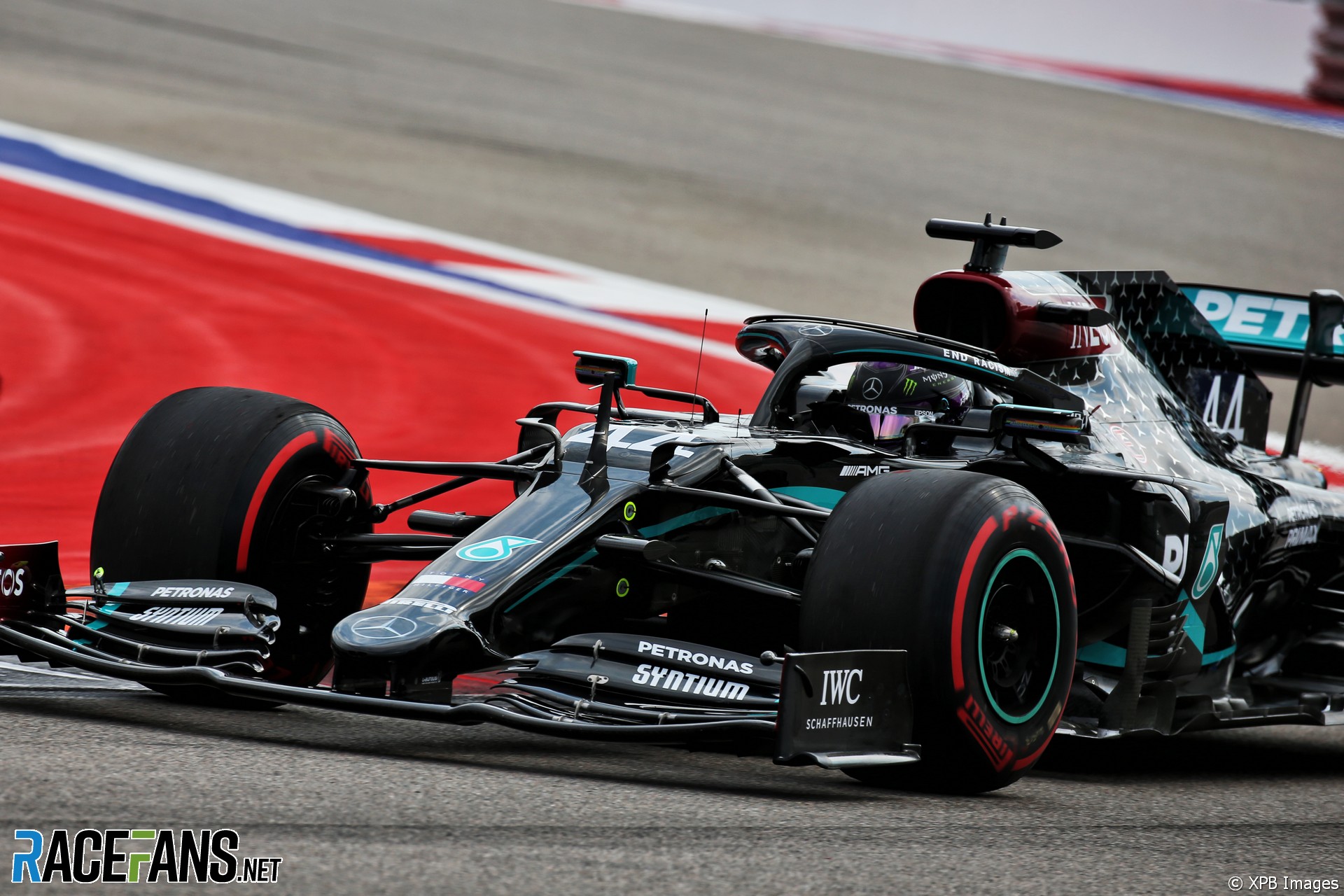 Unlike in second practice the Mercedes drivers were less than a second clear of their rivals. Nonetheless they remained comfortably quicker than the opposition, which was led by Carlos Sainz Jnr and Esteban Ocon.

The track was around 10C hotter than yesterday, and continued to catch drivers out, particularly in places where it has become bumpier since last year. Hamilton and Bottas both made errors into turn seven, the scene of Sainz’s hefty crash during the first practice session, and Bottas ended the session further off his team mate than usual having failed to set a clean flying lap.

A visible bump in the track has developed at turn 15, where multiple drivers went off the track. At the end of the session Daniil Kvyat, ninth-fastest for AlphaTauri, reported on his radio he was surprised by the “quite deep” dip.

His team mate Pierre Gasly was among those to be caught out by it, pirouetting to a stop. Later in the session Romain Grosjean, who conducted a vigorous back-and-forth with his engineer on the radio about the shortcomings of his car’s handling, also spun at turn 15. “I have no words” he remarked as he rejoined.

Ocon had struggled to match Daniel Ricciardo’s times in first and second practice but was substantially quicker this morning, beating his team mate by over half a second despite complaining about some issues with traffic. He was aided by Ricciardo suffering a problem with his right-hand wing mirror, which he held on to with his left hand at one point, disrupting his flying lap. Harsh vibrations cause by a kerb appeared to cause the mirror to work loose.

In a typically tight midfield, Sergio Perez put his Racing Point fifth, fractionally ahead of Max Verstappen who remained unhappy with his Red Bull’s balance. Sebastian Vettel finally had a more productive outing in the Ferrari, setting the seventh-fastest time, though a few tenths shy of Verstappen.

Lando Norris was first out on track at the start of the session in his McLaren. While he is the only one of the team’s drivers who will continue to use their new nose and front wing, he did not set a particularly competitive time. He ended the session last behind Alexander Albon, who fell foul of track limits restrictions and had a lap time deleted.

One comment on “Hamilton fastest as Sochi bumps catch drivers out”