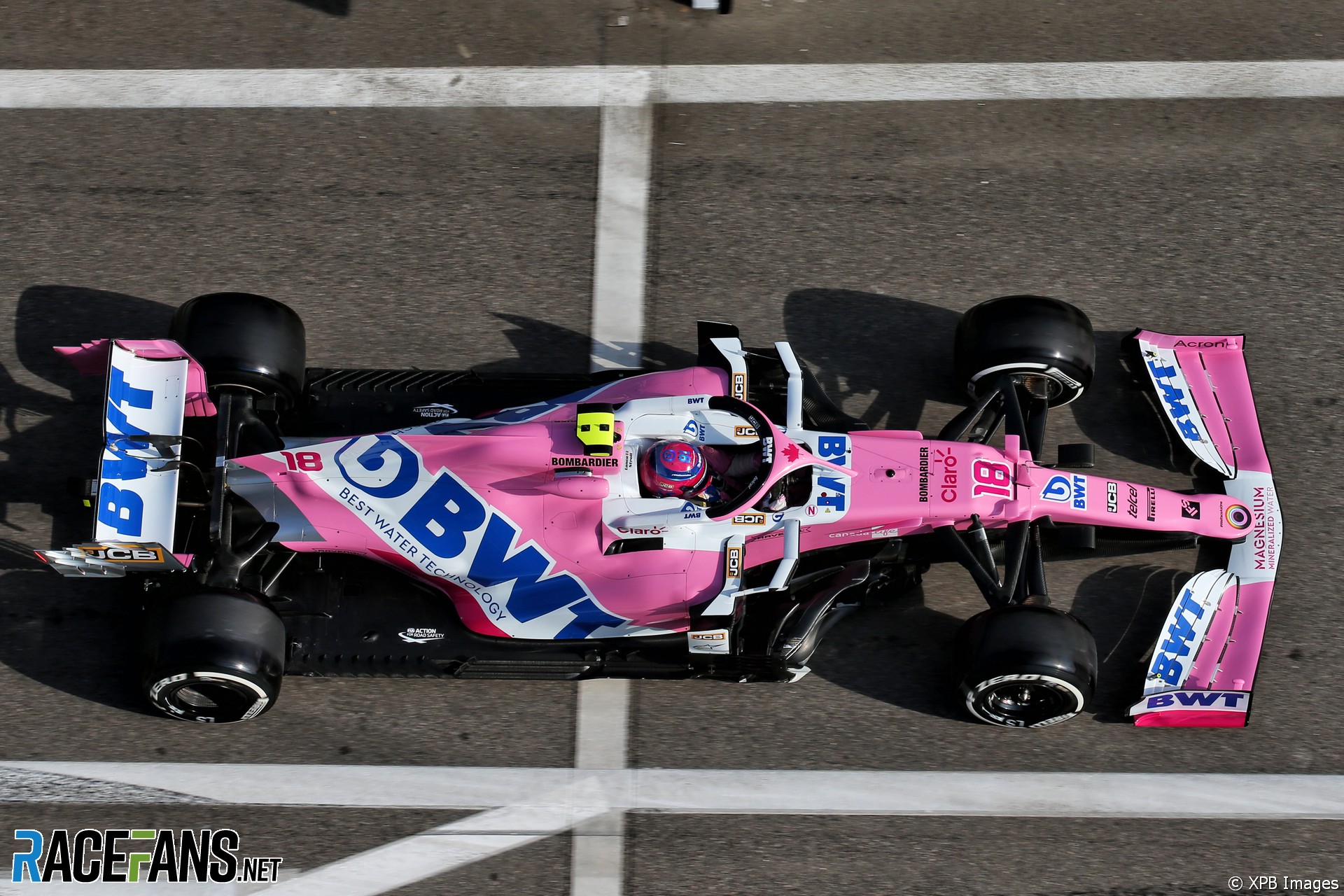 Stroll crashed out of the race when he suffered a tyre failure in the high-speed Arrabbiata two corner. He was in fourth place, closing on Daniel Ricciardo’s Renault for third, when the crash occured.

“The tyre failed, basically, on the exit at the corner. Our conclusions are that it failed from some debris. But we just don’t know where the debris came from. That’s the point. So we can say the tyre failed, something punctured the tyre, we don’t know.”

The consequences of Stroll’s retirement went far beyond the points lost, said Green. “Unfortunately it was a triple-whammy failure.

“He lost a very good position that he was running in. The crash destroyed the only upgrade that we had so we couldn’t bring two upgraded cars to here.

“And it damaged that power unit as well. So we lost a power unit. So it’s really tough luck. He’s not getting the rub of the green at the moment, that’s for sure.”

Racing Point were only able to produce one new example of the upgrade for the Russian Grand Prix, which Stroll is running. While team mate Sergio Perez does not have the team’s new aerodynamic parts, both drivers have revised suspension which the team have produced for this weekend.

“Here was a rear suspension update – quite a significant one – and a bit of a front suspension as well, but mainly rear,” said Green. “It seemed to give good results so we’re happy with the way it’s gone so far.”