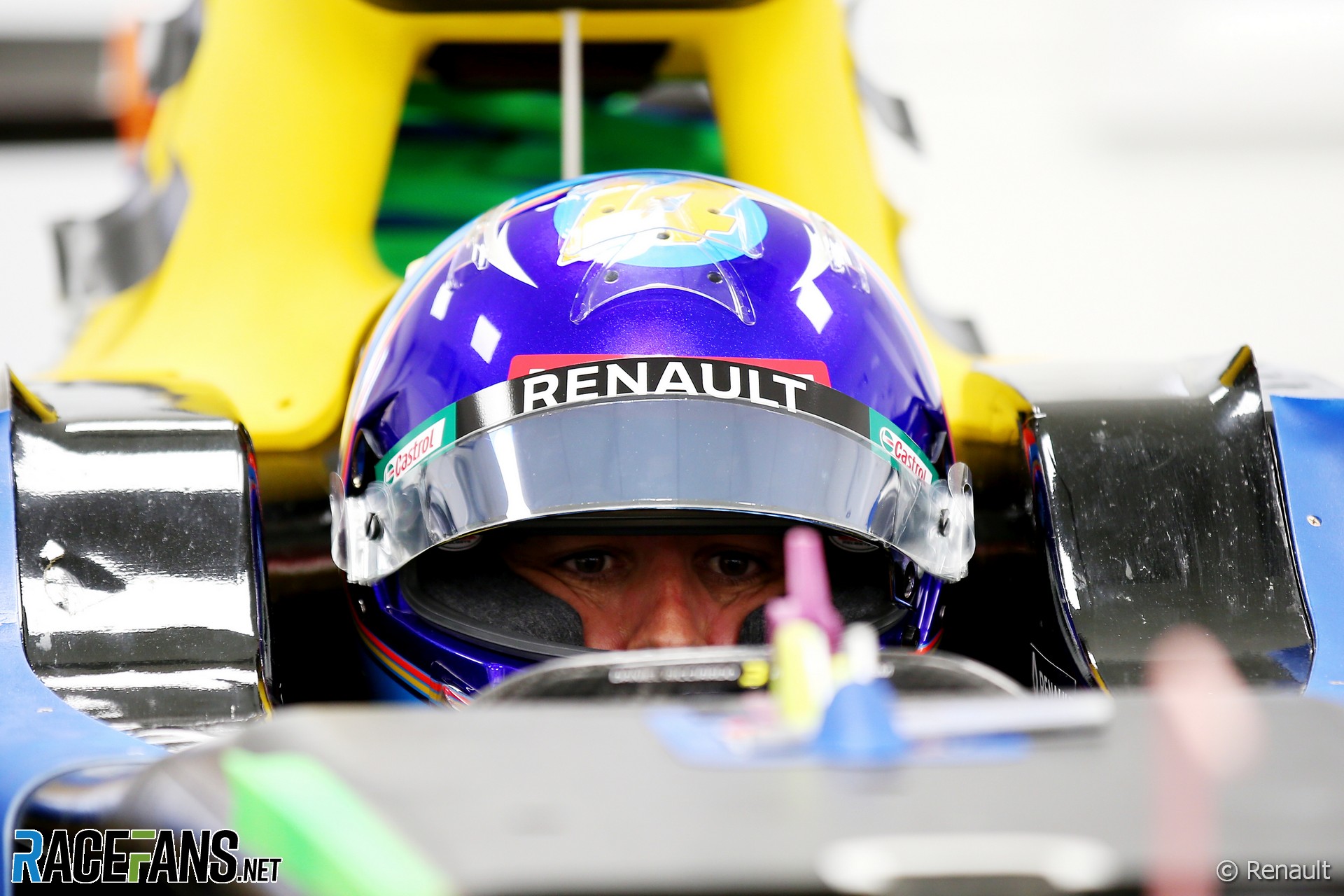 Renault intend to give Fernando Alonso a chance to drive one of their Formula 1 cars this year.

The team’s managing director Cyril Abiteboul said they are considering how to get the two-times world champion into one of their cars ahead of his race return for the 2021 F1 season. This could involved driving their 2020 car in a filming day, or a giving him a run in one of the team’s two-year-old chassis.

Alonso visited the Renault facilities in Enstone and Viry-Châtillon this week and did a session in their simulator as he prepares for his return. Abiteboul said the driver was “happy to be back” at the team he won both his championships with in 2005 and 2006.

“He’s definitely keen on getting back to behind the steering wheel,” said Abiteboul. “So we see that and we are building the programme.

“There is a couple of opportunities, obviously within the restrictions of the sporting regulations, things like filming days that we’ve not done so far. There is a [post]-season test that I have already commented on, we will see when we get there.”

Renault’s other option to give Alonso seat time would be to run a 2018 car, said Abiteboul. “We also have a two-year-old car programme that we can run pretty much anywhere and we would probably do a bit of that also. So you’ll see him in action. I can’t say here, where and when exactly yet.”

Abiteboul was not able to accompany Alonso to Enstone, due to Covid-19 travel restrictions. But he believes Alonso responded favourably to the team’s upgraded facilities and preparations for his return.

“He was really impressed by all the changes in Viry, all the new people, the energy, the drive, the determination that there is in Viry. We are developing a new power unit for what will now be 2022 – it was supposed to be ’21, but it’s shifted by a year.

“Obviously I am biased when I say that but it’s something that is extremely important to us to see Fernando and to see this pride and his excitement in his in his eyes. He has also been a witness to all the changes in Enstone. But a nice building is not a statement of what’s coming. So we just need to work very hard to make sure that he has a car that that he wants and also that he deserves.”

Abiteboul admitted the team’s simulator is “not necessarily the main strength of the team and we are working hard actually to try and improve in that area. It’s “typically an area where there’s been a lack of investment in the last few years,” he added.

“But from a broader perspective, first we saw a Fernando that’s happy to be back. Not yet back in action but back in the team environment, in particular in a team that he’s that he knows and where he obviously has good souvenirs. But souvenirs are not a reflection of what’s going to going to happen so we need also to be forward-looking.”